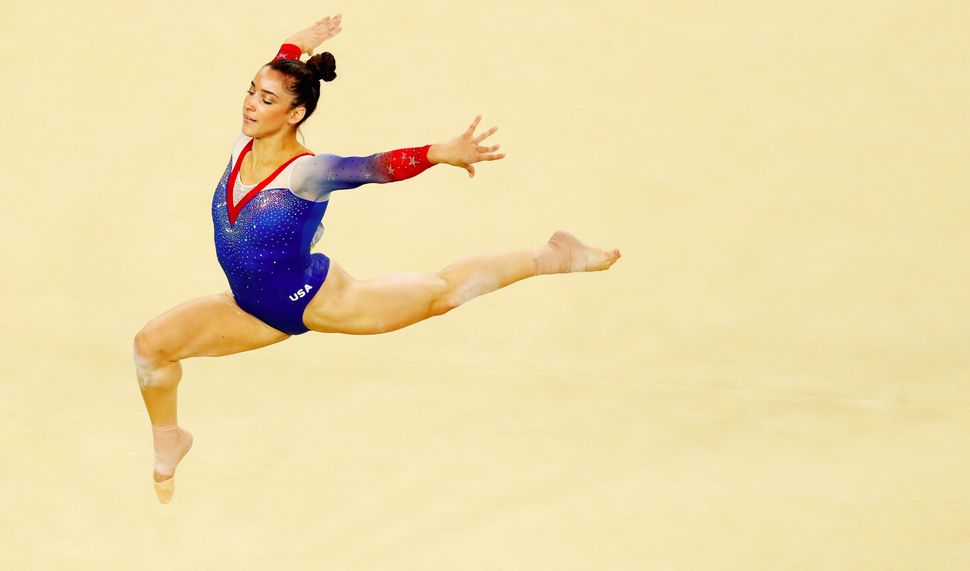 Over the past few decades, international organizations have done their utmost to exclude Israel from the family of nations. One such worldwide association, the Olympics, ostensibly dedicated to fair play, comradeship and the promotion of world peace, has an even longer anti-Semitic pedigree. Back in 1936, it awarded prime time exposure to the Nazi regime and the leaders of its American delegation gave public credence to Hitler’s racial discrimination against Jews.

But now, as the Rio Olympics come to a close, there are some hopeful signs from the community of sports competitors that efforts to ostracize the Jewish state have failed. Maybe the United Nations and other political bodies will even take a positive cue toward Israel from the activities of the International Olympic Committee.

This time around in Brazil, some Arab competitors acted disappointingly, if predictably. In the spirit of the Iranian wrestler who several Olympiads ago would not fight an Israeli (and was handsomely compensated by his government for his act of non-recognition), an Egyptian judoka refused to shake his Israeli opponent’s hand after their match. Less publicized but clearly indicative of his nation’s policies, even before the games started a Syrian boxer backed out of the competition rather than box a qualifying match against an Israeli — because that would imply he recognizes the State of Israel. (It is not known whether he received a reward from his war-torn government for his stand-down.) And then there was the dust-up over the Lebanese athletes refusing to share a bus with Israelis on the way to the opening ceremonies.

But it’s encouraging that the IOC was quick to denounce the judoka’s bad behavior. Its Disciplinary Committee issued “a severe reprimand for inappropriate behavior” and declared that his actions broke with “the rules and spirit of the Olympic games.” That statement reflected the opinion of the spectators at the event, who reportedly roundly booed the offender off the mat. Israeli Or Sasson walked away not only with a bronze medal but also with the cheers of the fans in his ears. More impressively, the Egyptian delegation — likely in response to the IOC’s demand that in the future it properly educate its athletes in “the Olympic values” — summarily sent El Shehaby home.

Some future historian might use the sports metaphor in contrasting Iranian and Syrian with Egyptian attitudes toward Israeli sports people as indicative of splits in the Arab world toward recognizing the Jewish State. For now, at least it can be said that it is a small sneakered step in the right direction.

Of greater symbolic importance, after 44 years of failing to properly memorialize the Munich 11, the Olympic movement finally did some justice to the murdered athletes.

Remember, in 1972, after Palestinian terrorists murdered 11 Israeli athletes, the world of fun and games paused but one day and offered a half-hearted memorial to those slain that was coupled with criticism of other political movements that threatened “the great ideal…of international cooperation and good will.” It is hardly a stretch to suggest that this Olympian sports stance contributed to the odious and still malevolent U.N. equation of “Zionism with Racism” in 1975.

In Rio, the day before the start of the games, a “Place of Mourning” was dedicated in an official IOC ceremony. Two widows of the slain competitors, who had fought for decades for appropriate recognition of their and their country’s loss, were more than satisfied with this effort. A “Moment of Reflection” for the Munich 11 was also scheduled for the games’ closing ceremonies.

Ultimately, however, the best news for Israel coming out of the Olympic stadium is that their flag and their contingent marched formally and proudly into the opening ceremonies, and that after the fortnight of fair and challenging athletic struggles — a fortnight that yielded two medals for their small nation, with its under-funded athletics program — their men and women intermingled freely and happily with sports people from all over the world. In other words, for Israel it was less important whether they won or lost, but that they were allowed to play their games.

In the months before the Olympics, efforts were afoot to bar Israel from the Olympics as a racist state, much like the world sports community had ostracized Rhodesia back in the early 1970s. Here the I.O.C. did not succumb to BDS pressure. Hopefully, international political bodies will likewise come to subscribe to the true Olympian spirit. Sports, at their best, provide extraordinary teaching moments on and off the track.