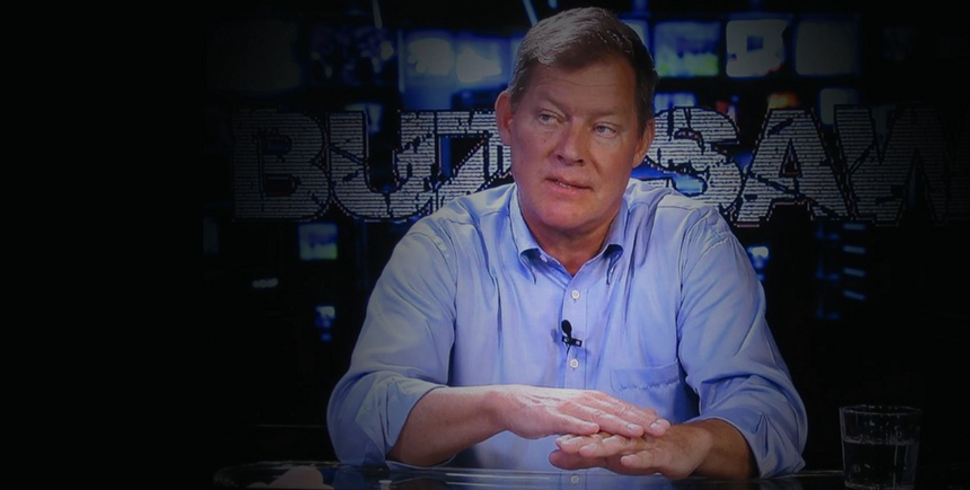 The fact that the Brooklyn Commons, a progressive community space and café in New York, has refused to cancel an event with 9/11 conspiracy theorist Christopher Bollyn — despite calls from Jewish and non-Jewish progressive organizations and media outlets — reveals a couple of important things about the conversation around rising anti-Semitism happening in the U.S. today.

First, that the rising anti-Semitism we should all be concerned about is the white nationalist, “alt-right” kind that Bollyn propagates, not the anti-Zionism of supporters of Palestinian rights. And second, that Jewish organizations can help make that distinction for our communities and our allies so that we can fight bigotry and oppression together.

The American Free Press is a newspaper that describes itself as “populist and nationalist,” positioning itself as a “grassroots” alternative to mainstream media (which it often suggests is controlled by Jews). According to NPR, it caters to a mostly white and male audience, angry at mainstream politics and political correctness, that has come to be known as the “alt-right.” Galvanized by Donald Trump’s campaign, adherents of far-right online message boards and radio shows have garnered increased attention and momentum in recent months.

It’s heartening that there have been so many calls from progressive organizations and leaders calling for the cancellation of the event, and extremely disappointing to see that the Commons has refused to cancel it. All of us who share progressive values need to take on the responsibility of calling out all forms of bigotry, and clearly this was a case where it was necessary to do so.

The kind of anti-Semitism promoted by the ideology of people like Bollyn sees Israel as the “Jew of the world,” controlling media and events. This anti-Semitism is real, and it is dangerous.

Ironically, and sadly, the right-wing ideology that posits that Israel is the “Jew of the world” has also been used by defenders of Israeli policies to promote the idea that criticizing the state of Israel is the new anti-Semitism.

It’s unfortunate that Bollyn and his ilk are not the only ones who conflate the state of Israel and the Jewish people. It does not help us fight truly dangerous anti-Semitic narratives when the state of Israel claims to represent all of us Jews, nor when American Jewish organizations use the power that they have to silence criticism of the state.

There should be a clear line between criticizing the policies, actions and even ideology of the state of Israel, and criticizing the Jewish people or religion. For us to expect others to understand that distinction, our communal leaders also have to stop acting as if any criticism of the state is an attack on our people.

We all have to be able to challenge real anti-Semitism when it occurs. The prevalence of false accusations of anti-Semitism against those who advocate for Palestinian human rights, including those who see boycott, divestment and sanctions as tools to achieve those rights, are harmful toward the goal of fighting all forms of bigotry and oppression.

As Jewish Voice for Peace discusses in our policy statement on fighting anti-Semitism: “Anti-Semitism does not operate in a vacuum; we must fight it along with Islamophobia, sexism, classism, and homophobia as well as anti-Arab, anti-Black, and other forms of racism, as part of the work of dismantling all systems of oppression.”

While Bollyn is a fringe figure, the form of anti-Semitism that he represents is part of a broader framework of bigotry that targets the most vulnerable groups in our society. American Jews of all colors, Arabs and African Americans of all religions and many other communities certainly have good reasons to be concerned about the mainstreaming of such bigotry. And that’s all the more reason for our communities to work together against all forms of oppression.

Naomi Dann is a writer and organizer in New York, and the media program manager at Jewish Voice for Peace. JVP is a 501(c)3 organization and does not support or endorse candidates. Follow the writer on Twitter, @naomi_dann