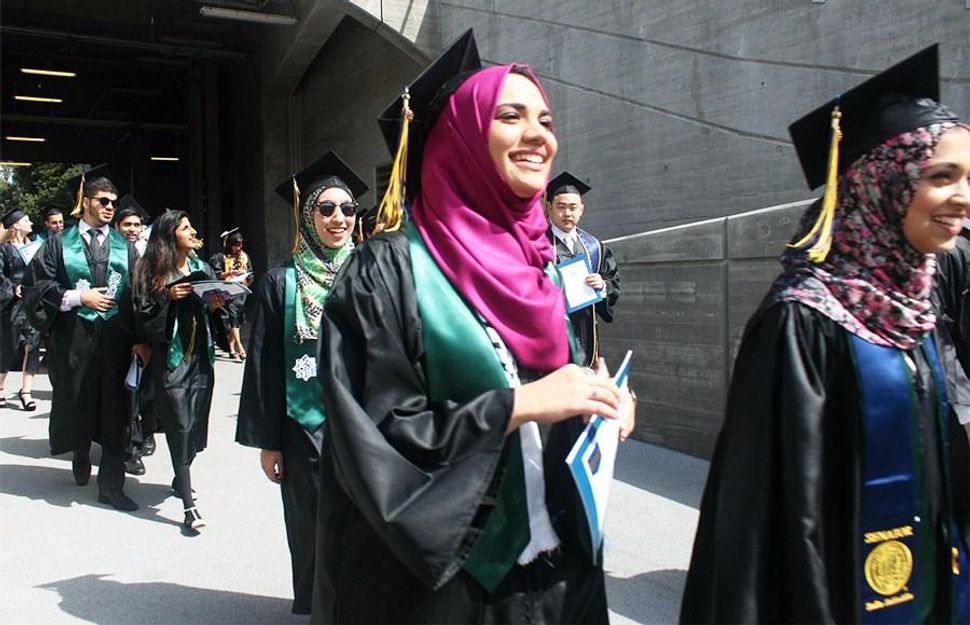 And yet, some of Israel’s advocates in Northern California say they’ve been battling for Israel’s very existence.

The existential threat? A one-unit, pass/fail course entitled “Palestine: a Settler Colonial Analysis,” in the Democratic Education at Cal program, known as DeCal, at my alma mater, the University of California, Berkeley. The class was to be run by undergraduate student Paul Hadweh, who grew up in Bethlehem in the occupied West Bank. Students in the course were intended to have “researched, formulated, and presented decolonial alternatives to the current situation in Palestine/Israel.”

DeCals are known for giving students the freedom to teach unorthodox classes on topics about which they are passionate. I once taught a DeCal about the Jewish holiday calendar; we ate a lot of good food.

So I was deeply disappointed to see that last week, the university announced it was cancelling Hadweh’s DeCal course. The stated reason? The course hadn’t met all the proper approval requirements.

First, the administration’s excuses hold almost no water; it is nearly unheard of to cancel a course mid-semester. Second, these procedural excuses are a poorly veiled distraction from the fact that this would never have received any attention if not for the onslaught of pressure from pro-Israel groups, including Berkeley Hillel, Hillel International, and the AMCHA Initiative, a right-wing organization known for smearing and bullying professors critical of Israel. Israeli Minister of Public Security Gilad Erdan also made a point of trying to intervene.

According to AMCHA’s letter, “the course’s objectives…are intended to indoctrinate students to hate the Jewish State and take action to eliminate it.” Hillel’s statement said that the course “put forth a political agenda and ignored history,” and after the course was cancelled, Hillel thanked the administration “for their support of opportunities for Jewish students to explore their Jewish identity on campus.”

It is a tragic reality that today in America, a Palestinian who wants to teach about the place where he was born is considered politically motivated and dangerous. Especially given that this is on a campus where there is a funded program devoted solely to “Israel Studies.” Students can take courses on Israeli Independence that don’t have to explicitly mention the Nakba, the violent displacement of over 750,000 Palestinians from their homes in 1948. They can learn about Israel’s democracy without an explicit mention of the fact that Israel undemocratically rules over millions of Palestinians. Palestinian students don’t get to accuse those classes of having a “political agenda” or “ignoring history” or threatening their existence, yet those would be very fair cases to make. 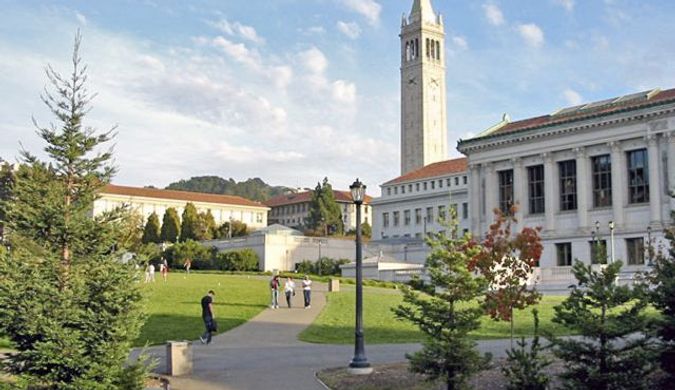 When I was a freshman in the spring of 2010 at Berkeley, I fought to defeat a BDS bill on campus as a Hillel leader. I felt hurt and scared that Israel, a place that is so important to me, was under such vicious scrutiny. But something also began gnawing at me during that time. When challenged to explain why boycott was an illegitimate avenue of political protest, other than because it made me feel sad, I couldn’t.

I brought that challenge to Berkeley Hillel. Are Israel’s policies — a nearly 50-year-long military occupation, three wars and an ongoing siege and blockade in Gaza — really defensible? And if not, how can we voice our protest effectively? Is the discomfort and fear of Jews more important than the lives and freedoms of Palestinians?

I found inside Hillel an unwillingness to meaningfully engage those questions, so I went looking for answers elsewhere. That led me to visit Bethlehem for my first time. The sounds, smells and sites of Bethlehem don’t look much like the Birthright Israel ads hanging inside Hillel. They look like Palestine, a place that is under relentless physical and cultural assault from Israel and its advocates in the Jewish community.

The fact that pro-Israel organizations equate decolonization with the elimination of the Jewish state raises the question: Do AMCHA and Hillel believe Israel can exist without the subjugation and exploitation of the Palestinian people? Do they support a future in which all people in the region live with freedom and dignity?

I left Hillel outraged that my community is not only unwilling to meaningfully engage with people on the “other side,” but is actively helping to demonize and legally outlaw activism for Palestinian human rights. I helped start IfNotNow to mobilize young Jews to bring the crisis of our community’s support for the occupation back to Hillel’s front door.

Right now, it feels like we’re losing. Pro-Israel organizations continue legislative battles to equate anti-Zionism with anti-Semitism and to outlaw BDS, smear campaigns are expanding across the community, and the most extremist right-wing government in Israel’s history is being rewarded with the largest foreign aid package in history.

Nonetheless, the discourse is slowly shifting; the conversation today is much more open than it was five years ago, and Hillel continues to give the movement for Palestinian liberation the best gift it could ever ask for: publicity and intrigue.

Students, if you disagree with Hillel’s actions, don’t wash your hands of this. You can’t. This nationwide assault on academic freedom and on activist rights is being done in your name. Go hold sit-ins in Hillel’s lobby. Demand they stop the attacks. Say the word “Palestine.” Not because you want to destroy Israel, but because the only way to ensure security and freedom for the people of Israel is to demand it for the people of Palestine. It’s our responsibility to fight as hard for Palestinian liberation as we were taught to fight for our own.

Simone Zimmerman is a founding leader of IfNotNow, a movement to end American Jewish support for Israel’s occupation and to gain freedom and dignity for all Israelis and Palestinians. She is currently living in Tel Aviv as a Dorot fellow. Follow her on Twitter, @simonerzim