Tunes for Atonement: Let’s Turn the Tables, Demand Some Answers 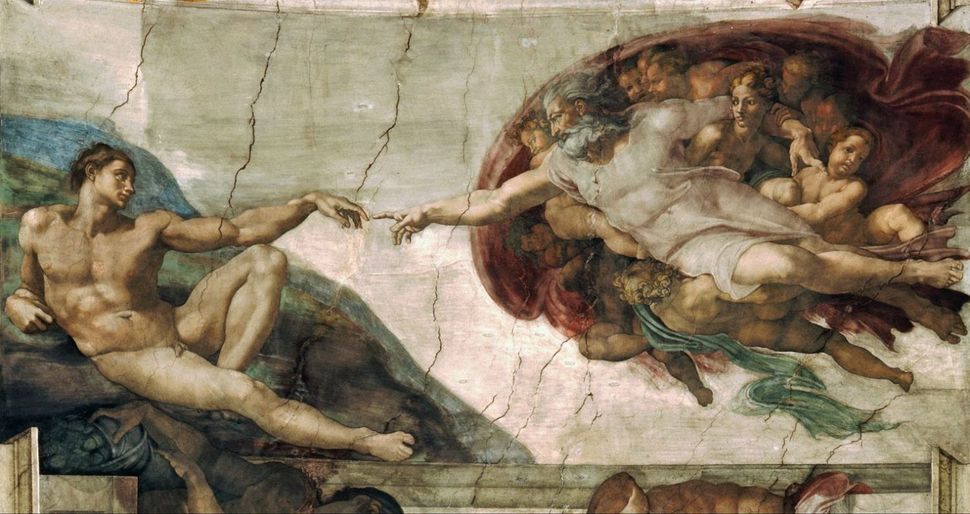 If you’re a longtime reader, you may have seen my holiday web concerts in past years. The idea has been to walk us through the practice and spirit of the holy day via YouTube, finding surprising renditions of the old texts or modern songs that capture the same spirit.

This year I’m trying something a little different. We’re going to dialogue directly with the holy day itself, and with the Holy One who, we’re taught, ordained these days for sacred assembly. (If you miss the old format, you can find last year’s Yom Kippur concert here.) But please, start with this new one.

First, a seasonally-appropriate apology: I should have posted this earlier, in advance of the holy day. In my defense, I’d note that, as tradition teaches, the Book of Life remains open — and thus atonement(and happy new year wishes) until Hoshana Rabba, aka Day 7 of Sukkot. That’s October 23. So you’ve got time. Enjoy.

Back to business: These Ten Days of Penitence, from the eve of Rosh Hashanah to the closing minutes of Yom Kippur, are by tradition a fraught time of inner reflection. They’re a brief moment in the year that’s set aside to consider our shortcomings and offer an accounting to the Eternal.

Not coincidentally, most of us greet this as the season when we’re most drawn to a Jewish quest. Once a year we search for meaning and comfort in a tradition and a ritual that most of us, most of the time, find distant and impenetrable.

It’s not an easy task. Lately, though, it seems to be getting harder. Over the past few years I’ve been hearing from growing numbers of people who’ve been comfortable in their Judaism all their lives, but are beginning to find it an uncomfortable fit. It’s harder to say the words, harder to pledge the unquestioning loyalty demanded in the texts, harder to praise the God who lets things get to this point.

Pointing an accusing finger at God and his laws has deep roots in Jewish tradition, from Elisha ben Abuya in the Roman era to Baruch Spinoza and [Uriel Acosta]](https://www.britannica.com/biography/Uriel-Acosta) in Renaissance-era Holland to the fiercely secular Zionist pioneers who built modern Israel and American Jewish icons like Lenny Bruce, Sarah Silverman and Philip Roth. We might also throw in the Hasidic master Rabbi Levi Yitzchok of Berditchev, who had a few questions of his own.

That Jewish tradition emerges in American pop music, too. I’m not thinking of Judaic artists like Debbie Friedman or Country Yossi who seek to make our heritage sweeter and more accessible. I’m talking about major artists who make their living entertaining the broad public and avoid putting themselves in a corner, commercially. When they take on a Jewish theme, it’s usually because they have no choice — to the extent that their art is about digging deep and putting their inner selves out there, they have to make time for their Jewish selves as well. It happens only occasionally, hesitantly — as though the singer-songwriter doesn’t want to try the fans’ patience — but with a fierce passion when it does.

Here are a few selections that have moved me. I hope they touch you as we prepare to stand before the Ark.

First up, of course, is the Holy One him- or herself. A handful of songs in the last generation feature a Jewish singer-songwriter speaking directly to God, questioning, challenging and scolding. One of the most powerful is “Ya Hey,” by the alt-rock band Vampire Weekend.

The band was formed in 2006 by a group of graduating Columbia University seniors. The lead singer and chief songwriter is Manhattan-born, New Jersey-reared Ezra Koenig. He’s also the band’s only Jewish member, which is surprising only because their third and most acclaimed album, Modern Vampires of the City, which won the 2014 Grammy for best alternative rock album, can be seen as an extended argument with God and complaint about the impenetrability of Judaism. The stunning “Ya Hey” anchors the set.

It’s always been my custom to try posting video clips that show a live performance. That doesn’t really work with Koenig and Vampire Weekend, as the lyrics are too dense, and not always clearly articulated. It’s always a good idea to start with the version that scrolls the lyrics on the screen. Once you’ve got it down you can watch “Ya Hey” performed live here.

At the end of this post I’ll put up links to other key songs from Modern Vampires of the City. First, though, let’s listen to some other American Jewish pop arguments with God. It’s a fairly obscure genre, but the best known could be Randy Newman’s “God’s Song,” from his 1972 album Sail Away. It says pretty much everything that needs saying.

The newest entry to this small but critical field is the very dark “You Want It Darker,” by Leonard Cohen. It’s due to be released formally on October 21 as the title track of Cohen’s new album, but it was smartly previewed in the Forward a month early by my colleague Seth Rogovoy.

No collection of Jewish challenges to God would be complete without the early anthem of Zionist labor, Hayim Nachman Bialik’s Shir Ha’avoda ve-Hamelacha, popularly known to generations of Jewish summer camps by its opening words, Mi Yatzilenu. The title is usually translated the Song of Work and Labor (though a better translation would be Song of Labor and Craft). Popularly known by its opening words, “Mi Yatzilenu,: it’s been sung by generations of young Jewish summer campers before meals, usually the realization that it’s a blunt retort to the traditional Grace After Meals with its lengthy thanks to God for providing. Here’s Bialik’s first verse: Who will save us from hunger? Who will feed us abundant bread? And who will pour us a glass of milk? O to whom do we give thanks? O to whom do we give blessing? To work and labor!

Here it is in a film clip from the early 1930s, sung by Bracha Zfira. She’s accompanied on the piano by the song’s composer and her future husband, the prolific Israeli composer Nahum Nardi.

This next song, “We Reserve the Right,” straddles the line between challenging God and questioning the sometimes awkward place of the Jew in the American Diaspora — including our too-often awkward place in our own community. It’s by the inimitable Kinky Friedman, the Texas Jewish country singer, novelist, occasional politician and frontman for his original band, Kinky Friedman and the Texas Jewboys.

Kinky Friedman, “We Reserve the Right”

Next, here’s another wry, caustic look at American Jews and our never-ending quest to find our place in America: Randy Newman’s semi-autobiographical “Dixie Flyer,” from his 1988 album “Land of Dreams.”

The American Jewish tradition of poking fun at American Jews trying to fit in goes back quite a way. There was a time, in fact, when it was the stuff of mainstream American culture — think “Abie’s Irish Rose” and Al Jolson’s pioneer talking picture “The Jazz Singer.” One of the most charming, though, is Fanny Brice’s performance of “I’m Cooking Breakfast for the One I Love.” It’s from the 1930 musical comedy “Be Yourself.” In it, Brice plays a Jewish cabaret singer who falls in love with an alcoholic Irish-American boxer, played by Robert Armstrong. Here she is trying to cook the kind of food he enjoys, while he’s trying to enjoy the kind of food she knows how to cook.

Fanny Brice, “Cooking Breakfast for the One I Love”

Up next is another oldie, this one a 1921 hit by the great songwriting team of Bert Kalmar and Harry Ruby, who were among the small army of Jews who populated Tin Pan Alley in its early days. “Rebecca Came Back From Mecca” pokes fun at two targetssimultaneously: first, the Jewish habit of adopting others’ cultural identities, and second, the age-old Jewish romance with the Middle East. It’s often forgotten that until the Balfour Declaration was issued in 1917, a majority of American Jews who became heads of American diplomatic missions overseas were sent to Muslim countries, on the very explicit assumption that Jews and Muslims had a particular affinity. It was first performed by the dialect singer Monroe Silver, but I don’t have a video clip of his version. Instead, here’s the West Coast old-time music maven Janet Klein, teamed up with her Parlor Boys, doing a good job of recreating Silver’s spirit.

Janet Klein and Her Parlor Boys, “Rebecca Came Back From Mecca”

We’ll end with Kinky Friedman again, this time in a rare moment of seriousness. “Ride ‘Em Jewboy” is a dark meditation on the Diaspora Jewish condition. The Kinkster often said that Jews and Texans have more in common than we realize. For one thing, both wear their hats while they eat.

Lastly, as promised, here are a few more God-wrestling Ezra Koenig compositions from Vampire Weekend’s 2013 Grammy-winning album, Modern Vampires of the City. I’ll skip my added commentary, since the songs more or less speak for themselves.

Tunes for Atonement: Let’s Turn the Tables, Demand Some Answers