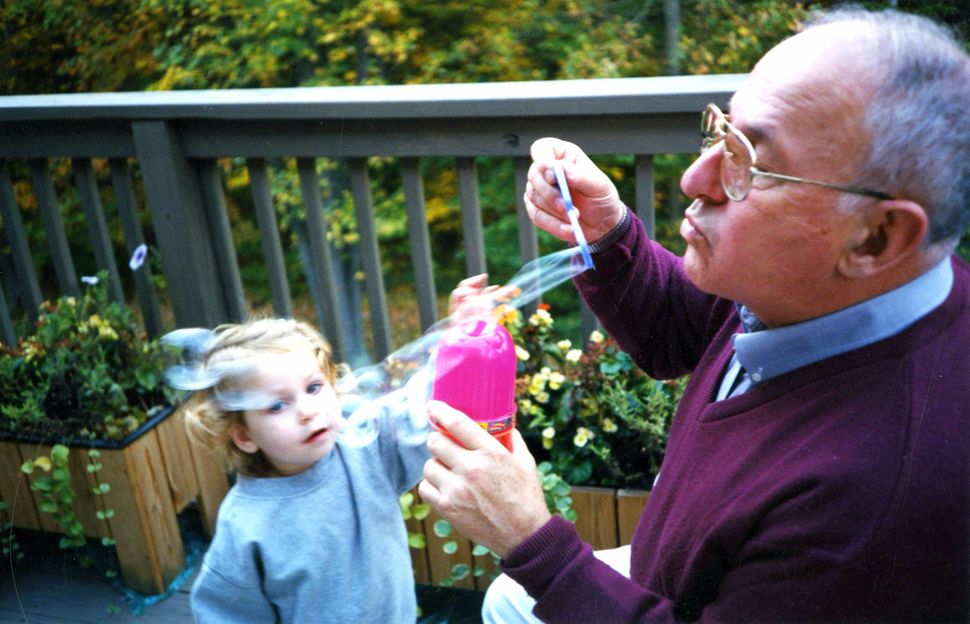 When my siblings and I were growing up in Providence, Rhode Island, our childhood had a soundtrack and it was this: the constant clacking of a typewriter or word processor from the office in the attic. My father, Jacob Neusner, the famed scholar of Judaism who passed away October 8 after penning or editing more than 950 books, devoted his working hours to his writing and research and teaching — and he mostly worked from home. And so my earliest memories of him are of him at work.

But to assume, as some still do, that all he did was work would be a gross misjudgment. We were not raised in some strange hothouse of Talmudic discussion and debate. To be a child of Jack Neusner was to be a child of wonder and discovery and fun.

It’s true, our childhood could be unconventional. Instead of clothing emblazoned with the names of fashionable labels or sports teams, we got clothes bearing the names of faraway universities like Tubingen or Heidelberg. Our Friday night Shabbat tables often included students from Brown University, or artists and novelists and other exotic birds of the intellectual world. We were expected to participate in conversation with these people, to ask questions and to care about what they had to say. It wasn’t always easy, but it helped us grow up.

My father was disarmingly straightforward, and those who didn’t know him thought he could be unsentimental and brusque. He had longstanding battles with people. But in his later years, he never nursed those wounds or spoke of them. If I tried to get to the heart of a specific dispute, he waved it away, as if it had been nothing all along.

And in his treatment of his family and friends, he didn’t hide his feelings. He signed his letters to friends “Best love.” And while he wasn’t a big hugger, he always gave us warm kisses on the cheek no matter how old we were, no matter who was watching. 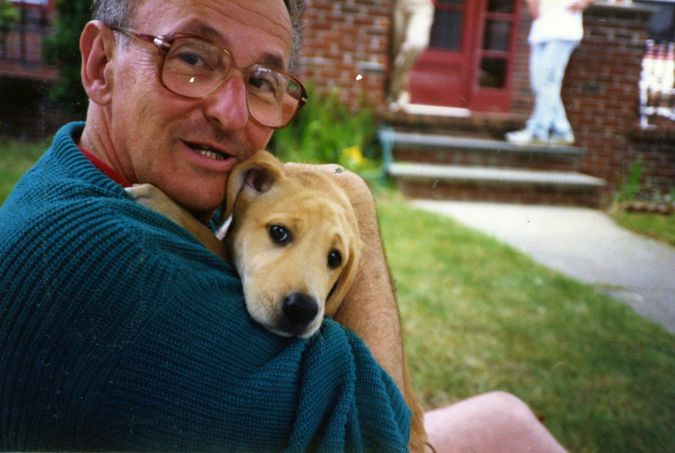 Most of all he loved his dogs. Even as the Parkinson’s took away so much of his ability to communicate, dogs would open him up like a magical drug. Second only to dogs were sweets and desserts. There wasn’t a cake or a pie or a cookie that was safe around him. Once, he left uneaten a small cake on his plate. My brother asked him: “Baba, why didn’t you eat that one?” He paused a second and said, “Because I didn’t see it.”

Most academics in the 1970s sneered at television. Not my dad. He loved TV, especially popular shows like “Barney Miller,” “Cheers,” “Murder She Wrote,” “Golden Girls” and even “Judge Judy.” He would watch these shows while eating Life Savers, which were stashed next to his bed.

He swam every day — he said it was when he did most of his writing. He forbade us from doing high school sports on Friday nights, though. That was a sore spot at the time, but Shabbat was something he insisted on. He didn’t have it as a child, and he wanted us to have it. It was a gift. We built a sukkah before it was fashionable — and it went on our front porch, so all of our Rhode Island Yankee neighbors could see it. He taught us to be proud of our Judaism. And he gave us big Jewish names to make sure we would be.

We were told that when we left for college we were not to return home except to visit or to work. He wanted us to make our own way in life. None of us went into academia; he didn’t care. I briefly thought about becoming a rabbi. He let me figure out on my own what a mistake that would have been. 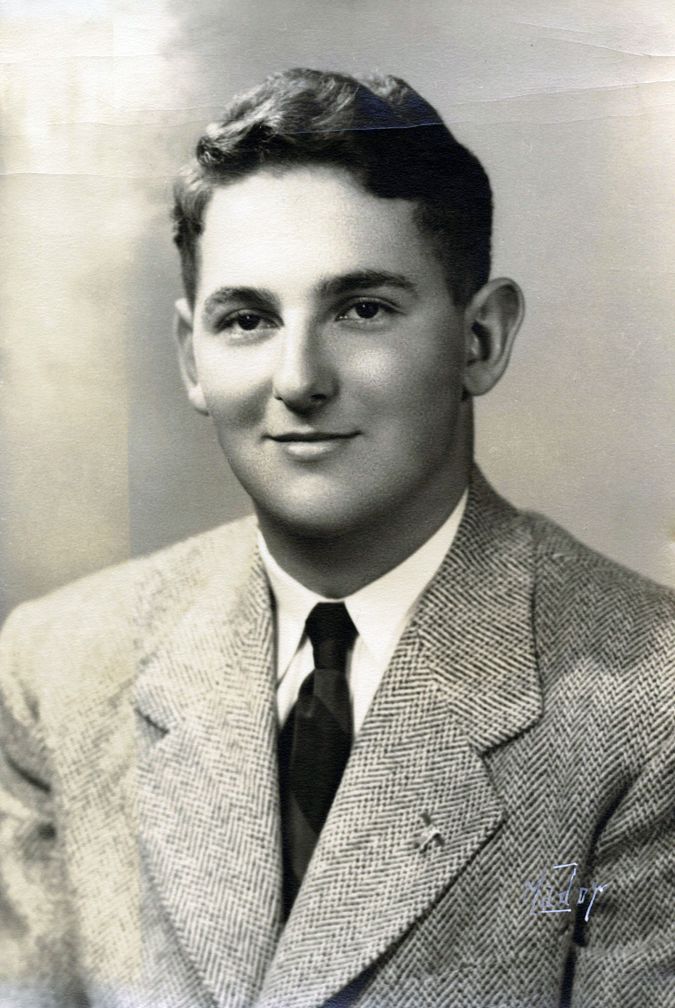 From him, I learned not to be intimidated by intelligence or wealth or power or prestige. My father hated pretension and social climbing, and he loved talking to everyone — store clerks, police officers, college secretaries. When he went to Smoke Enders, the guy he sat next to every week one day said to him: “Hey buddy, what’s your route?” “My route?” “Yeah, your truck route. You’re a delivery guy, right?” The idea delighted my dad. He liked that he could pass as just another Rhode Island truck driver.

From him, I also learned how to love another person and how to be a partner in life. When he met my mother, he kept books in his oven. His diet consisted of yogurt, bananas and cold cereal. My mother took over that part of his life and made everything else possible. He was always grateful — and if we ever took our mother for granted, he rebuked us sternly. My mom saved his life and he knew it.

He took great pleasure in hearing from his former students — and hearing about them. In them, he saw potential they sometimes did not even see in themselves. He saw books that could be written. Graduate programs that could be created. And yes, he sometimes saw the marriages he could arrange. He loved most of all the long-shots: students who were bright but undisciplined, ambitious but undirected. He took pride in what they became. They were his children, too.

He always said that he wanted to be writing and teaching until the very end, and had he been able to, he would have. When Parkinson’s took away his ability to type, he still talked. When it took away his ability to speak at the pace his brain would set, he did his best to say more with fewer words. And in the end, he would be content to sit and listen as we read his prior essays and books together. I believe he was thinking how to improve on them for the next edition.

Noam Neusner is a principal with the communications firm 30 Point Strategies and is a former White House speechwriter for George W. Bush. This essay is adapted from a eulogy he gave at Jacob Neusner’s funeral. Follow him on Twitter, @NoamNeusner