The Seas Are Rising — and That’s a Jewish Problem 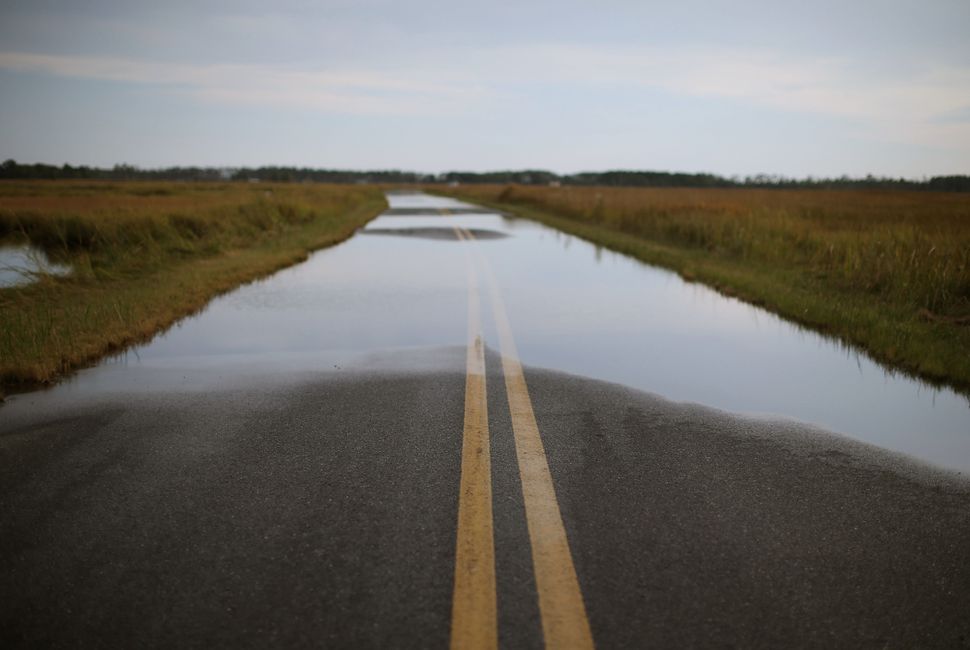 A (now disgraced) comedian once did a routine about Noah, who was incredulous about God warning him about the coming flood.

I have been thinking about that question a lot recently. My congregation, Temple Solel, in Hollywood, Florida, has helped create the Higher Ground Initiative, a coalition of Reform synagogues that are involved in Sea Level Rise (SLR) activism and education.

Why us? Because we live at ground zero. South and coastal Florida is uniquely vulnerable to SLR. More than $130 billion of real estate is at stake. My wife and I own a small piece of that potentially water-logged pie. SLR is not only a real estate issue. It is a public health issue. More water equals more mold equals more illness equals a more heavily stressed medical system. It is also a social justice issue; in South Florida, as in other places, less affluent areas are the most defenseless against SLR and other effects of climate change. Back to Noah. The comedian’s midrash imagines that Noah refused to believe God – which is an ancient version of today’s climate change deniers. Other interpretations go further. They suggest that Noah cared only about his own family (read: the privileged), and ignored everyone else.

The Hasidic master, Menachem Mendel of Kotz, once referred to a morally lacking man as a tzaddik in peltz — “a righteous person in a fur coat,” content to be warm while others freeze.

One candidate for president has taken the position of the comic’s Noah – refusing to believe, and even belittling, warnings about climate change.

Another has taken the opposite position. Hillary Clinton has consistently made climate change a central piece of her message. “Climate change needs to be a voting issue,” Clinton has said. “At the rate we are going, one in eight homes in Florida could be underwater by the end of the century.”

Underwater — and not in the real estate definition of the term.

The Higher Ground Initiative is sponsoring the Sabbath of November 4-5 as SLR Shabbat, to coincide with the reading of the story of Noah in the Torah. Now we are all, like Noah – called upon to build arks of activism and education, to raise consciousness, even as the waters are rising.

It is an opportunity that we can ill-afford to squander. Because there will be no treading water.

Jeffrey K. Salkin is the senior rabbi of Temple Solel in Hollywood, Florida, and a well-known author and blogger. His views here are his own, and do not necessarily reflect those of his congregation.

The Seas Are Rising — and That’s a Jewish Problem