What Does It Mean To Be Jewish in Donald Trump’s America? 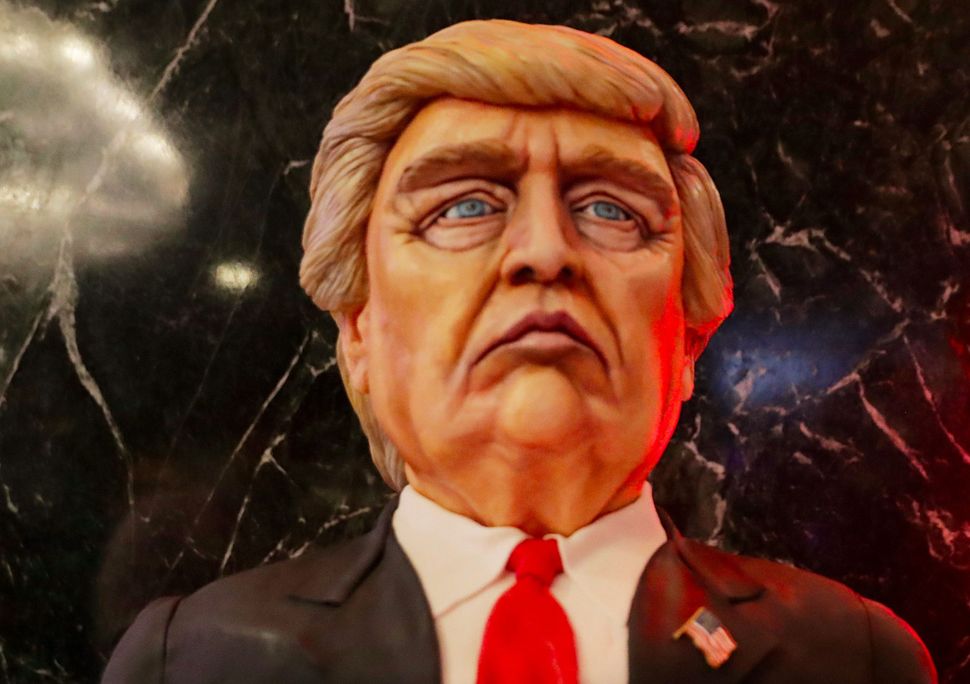 The question before liberal American Jews — and that is most of America’s Jews — is whether we have a place in Donald Trump’s America.

Let’s put aside for the moment, if that’s possible, all the racist, anti-Semitic, Islamophobic, anti-immigrant hate unleashed during this campaign and deal with the issues that underlined Trump’s improbable win. On point after point, they do not align with our interests and values.

We believe in government. We know that it must be streamlined and reformed, that it is too tilted toward those with money and power. But we do not want to blow it up, we do not want to “drain the swamp.” Enlightened government has been good to us — our fathers and grandfathers furthered their education with the G.I. bill, populated the suburbs by buying homes with federally-backed mortgages, benefited from strong public schools, depended on government to protect our rights as a religious minority.

We believe in America as a nation of immigrants because so many Jews have come from other places. We don’t want to turn this country into a fortress, and we certainly don’t want to deny entry to those who are desperately fleeing war and destruction just because of their religion, whatever it is. We know what that is like, to have the door slammed on your one escape route, to be sent back to certain slaughter. Some of us are old enough to remember when it happened to the Jews of Europe, and that is why we are taught to always welcome the stranger — a commandment mentioned more times than any other in our Torah.

We believe that a woman should have the right to control her reproduction, and that our religious teaching allows for that choice, and that we don’t believe bureaucrats, lawmakers or judges should tell us — or our wives or mothers or daughters or friends — what to do with their bodies.

We believe in an economy that is connected to the rest of the world. Jews have long been traders and entrepreneurs — partly out of necessity, when other professions were closed to us, and partly out of an innate cosmopolitanism. If there are Jews everywhere, and there are, then we don’t necessarily see the boundaries that others see, or see them as obstacles to overcome rather than walls impossible to scale.

We believe in searching for the truth. Oh, do we ever! Intellectual rigor is a hallmark of Jewish culture. It kept us alive during centuries of oppression — the constant debate and refinement of an argument, the introduction of a new fact or development that scrambled conventional thinking. We use faith-inspired reasoning to make sense of the world. That is what the Talmud did, and what our scholarship continues to do.

So how do we cope with a man whose ideology — if it can be called that — reflects none of these values? How do we live in a country in which half the inhabitants don’t see the world in the same way, at all?

We’re told those were the issues that propelled this unlikely political earthquake — fear of globalization and trade, fear of immigration, fear that a U.S. Supreme Court will maintain abortion rights, health care rights, gay rights. That economically disadvantaged, less educated white Americans were so resentful of their economic and social isolation that they voted for the (supposed) billionaire who’s never served the public and has demonstrated no inclination to actually master governance.

And I haven’t even mentioned his character.

This election was a sweeping repudiation of the elites — not just the Clintons and their circle, but leaders of American industry, culture, entertainment, media, thought. That order is clearly crumbling. Donald Trump received fewer endorsements from newspapers that any candidate, ever, and it obviously didn’t matter. In fact, he wore that as a badge of honor. What does that say about the power of words and argument to persuade?

I know that as a white, Jewish, well-educated woman living in a very blue state, I have a civic obligation to understand those other Americans, who are so different from me and who have determined our national fate. I knew this before last night. I have tried to read as much as I could to learn and empathize, to imagine policies to address their crying needs, to think of ways that the Jewish community can participate in the healing.

But I am not there yet. The hurt is too deep, the chasm too wide. I am too afraid of the anti-Semitism directed toward me and my fellow journalists from those who now are cheering the prospect of a Trump administration, and I have no idea if his family — and here I include his Jewish children, who have stayed unconscionably silent in the face of documented harassment and threats — will do anything to help restore civic tolerance.

I am too afraid of how minorities in this country less protected than we Jews are will fare when the man who will occupy the Oval Office belittles and berates them, only winning more votes in the process. And as a woman, I am blindsided by the very notion of seeing someone who blithely traffics in misogyny sit behind a desk that ought to have been occupied by a woman.

What Does It Mean To Be Jewish in Donald Trump’s America?