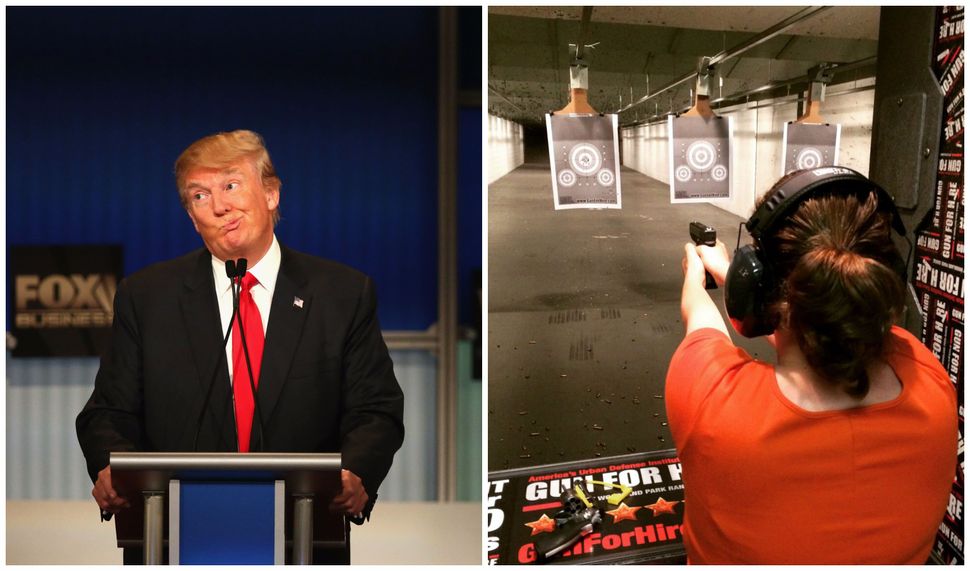 This has been the most surreal election of my lifetime. The feeling of confidence slowly replaced by dread and despair as we watched Donald Trump slog toward the Republican nomination on primary nights repeated itself on election night, but on a much greater scale.

Now the rest of the country understands the error in underestimating not just Trump, but also an entire class of Americans fed up with the political status quo.

During the GOP primaries, the heat of hatred filling my Twitter mentions column became so frightening that I decided to finally follow through on a long-held desire to buy a gun.

Would I have gone through the steps necessary to obtain the license without seeing photos of my face superimposed onto Holocaust victims’ faces by Twitter trolls? Maybe.

I had printed and then lost the required paperwork four times. It took the South Carolina GOP primary, after which I received hundreds of tweets in a few short hours, to commit myself to completing the forms.

Given all this, I may seem like an unlikely person to sound a positive note now, and yet: Although many Clinton supporters (I never considered myself one of them) may despair at the state of America on Wednesday morning, we might actually be overestimating just how dire the situation is.

But remember that Trump secured voters who turned out for Barack Obama just four years ago. Americans who voted for the first black president not once, but twice, have not suddenly turned into racist, sexist animals. This election season, voters were most drawn to the Trump campaign because they wanted to be protected from terrorists and to see an economy built with white, working-class Americans in a position to provide for their families.

In order to support this vision, however, a majority of Americans willfully ignored clear sexism and racism not only from the Trump campaign, but also from the nominee himself. Rampant anti-Semitism became a mainstay among many of Trump’s supporters, from big-name individuals like Ann Coulter to the legions of online fans who have targeted Jewish journalists — myself included — since the primary season.

While many have compared and will likely continue to compare Donald Trump to Adolf Hitler (I’ve done this, too, on despondent nights), the Republican won’t be building camps or taking active steps toward disenfranchising any religious or racial groups. He has voiced no campaign promises or even implications that he intends to do so. Considering the dozens of varying positions his campaign has taken over the course of the past year, the fact that none of them has involved internment camps should provide some level of cold comfort for those awakening to a nightmare on Wednesday morning.

What is frightening, however, is Trump’s subtle endorsement of violence and willingness to look away when truly frightening messages of anti-Semitism, hatred and bigotry emerged from those carrying his banner. His candidacy has enflamed a sector of Americans, no matter how small, who desire nothing more than race war. These supporters now see that their message may have a mandate, and they know that they now have a Commander in Chief who refused to repudiate their message during either the primary season or the general election.

On Wednesday morning, November 9, 2016, America awakens to a President-elect Donald J. Trump — and to the anniversary of Kristallnacht, an attack on the German Jewish community perpetrated by the populace, while many in power passively endorsed the destruction of Jewish places of business, homes and synagogues.

During his campaign, Trump ran promising to stand up for all Americans. Despite his failure to do so while he was actually campaigning, Americans, especially those who have come under fire for not supporting his candidacy, had better hope he upholds that promise now. There are a great many Americans who desperately want Trump to finally keep his word, perhaps no group more visible than Jewish Republicans like myself.

On the bright side, if all else fails and I do come under attack, at least I have that gun.