How Jews Became White Folks — and May Become Nonwhite Under Trump 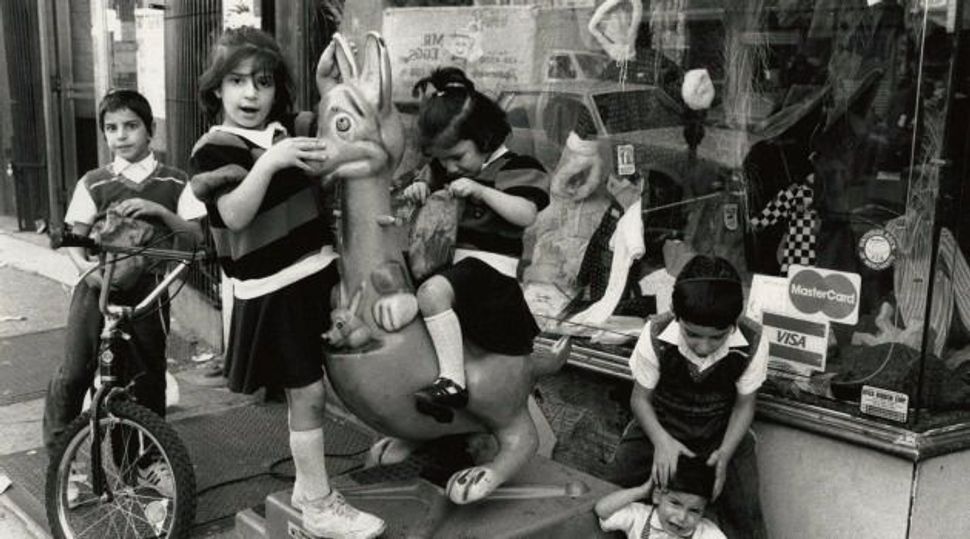 Decades before I wrote the book “How Jews Became White Folks and What That Says About Race in America,” I had an eye-opening conversation with my parents. I asked them if they were white. They looked flummoxed and said, “We’re Jewish.”

“But are you white?”

“Well, I guess we’re white; but we’re Jewish.” Then they wanted to know what I thought I was.

My parents were born in 1914, in an America that looked eerily like what Donald Trump seeks to re-create today. They grew up in the ’20s and ’30s, during the Great Depression, in a period when racism, anti-Semitism and anti-immigrant eugenic beliefs were widespread. Nativism and the belief that Northern and Western Europeans form an innately superior race were mainstream ideas. The masses of Jews and other Southern and Eastern European immigrants who became the foot soldiers of America’s industrial revolution were despised as lesser, not-quite-white races.

Segregation and racial discrimination were the law of the land. They governed institutional practice in all domains of life — including immigration. Hitler embraced these ideas. Concentration camps were their institutionalized practice. My parents’ generation looked over their shoulders continually. They knew anti-Semites were out there. Not me; I pooh-poohed such fears. We were all real Americans now.

In the wake of World War II, the horrors of Nazism were becoming public and publicly repudiated. Eugenics and political forms of institutional anti-Semitism lost much of their hold. A good economy and a progressive political climate enabled America to dismantle some aspects of legal discrimination and segregation. One result was that Ashkenazi Jews became white; for a while, in the ’50s, we even became a best-selling flavor of American popular culture. Those benefits weren’t extended to African Americans, Mexican Americans, Japanese Americans and other Asian Americans. Racism itself didn’t take a hit. The category of white just expanded to include Southern and Eastern Europeans. I figured it was permanent.

Now, Trump’s election and the closet of bigotry it has opened raise a question. Have the decades of whiteness we’ve enjoyed affected American Jews and Jewishness permanently, so that Jews would still be considered white, in the sense of still being included among the racially privileged, those safe from persecution?

Or is it possible that the new Trump regime will “unwhiten” and mark Jews racially on a national scale?

Many have pointed out the chilling parallels between the values and worldviews of the old eugenicists and those of Trump and his supporters. Not least is Trump’s belief that his success comes from good genetics. So, too, are the overt welcomes and dog whistles to racists, xenophobes, misogynists and homophobes expressed by many of his followers, key advisers and Cabinet picks. To many, Trump’s plan to impose a compulsory registry for all Muslims echoes Hitler and yellow stars.

How prominent is anti-Semitism in this stew of overlapping hatreds? Both the Anti-Defamation League and the Southern Poverty Law Center reported a wave of harassment, intimidation and hate in the week after Trump’s election. SPLC graphed some 400 incidents reported to it. Anti-immigrant and anti-black attacks constituted more than half the total. There seemed to be only 10 anti-Semitic incidents. I wondered if that means we’re still white.

Then I noticed a much larger but separate category: swastikas. This was weird, because what else is a swastika if not an anti-Semitic symbol? But to Nazis, the swastika was the emblem of a master race. I’d been thinking that many of Trump’s supporters were a loose coalition of bigots. But the prevalent deployment of swastikas can organize a mix of bigots into an atavistic movement that claims to be a master race of white Christians, with a God-given or genetically-given right to rule. If it claims whiteness and Christianity for itself, there’s not much room for Jews.

This and other white “identity” movements have nothing to do with ethnicity or culture. They’re a claim to ownership, power and privilege defined by hatred for whomever it defines as not- white. And that’s even scarier than a coalition of bigots.

One of the greatest privileges of whiteness is that you don’t have to spend all your time and energy defending your collective right to exist. When I first encountered anti-Semitism, on a pleasant day in Montana in the summer of 1959, I was secure in that privilege. As a bunch of us tossed around softballs, one guy reached out and snagged a ball being thrown to me. “I jewed you!” he shouted joyfully. When I asked what he meant by that, he told me it meant that he was acting like a Jew — grabbing what wasn’t his. I asked him if he’d ever met a Jew. He hadn’t, so I told him that I was Jewish. He was amazed because I didn’t have horns (really). I didn’t experience him as hostile, just dumb. I didn’t have to defend Jews; we were white.

Twenty years later, in North Carolina, a friend told me that many white Southerners still didn’t see Jews as white. Again, this didn’t really bother me. These folks, I thought, just didn’t know any better.

Today, I’d think differently. We need to challenge all bigotry, not least by building inclusiveness and democracy every chance we get.

Karen Brodkin is an anthropologist who writes about race, gender and social activism in the United States.

How Jews Became White Folks — and May Become Nonwhite Under Trump