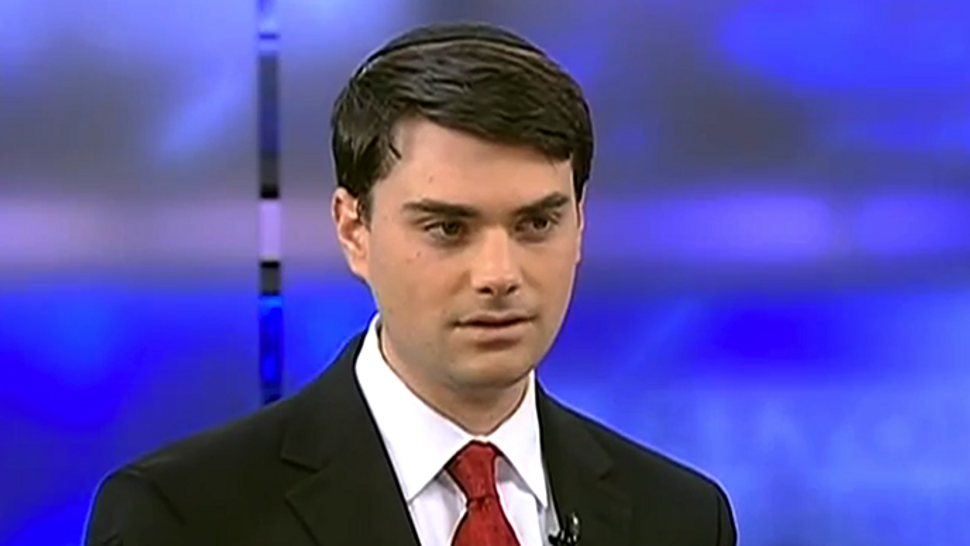 Right-wing pundit Ben Shapiro, speaking at Yeshiva University on Monday night, declared that “transgender people are unfortunately suffering from a significant mental illness” and that “Torah Judaism does not support social justice.” In the same breath, he delivered his views on how to be a mensch.

As a transgender rabbi, a Jewish educator and an advocate for the LGBTQ community, I strongly disagree with Shapiro’s statements on all three topics.

The Torah teaches that we are all created in God’s image. Shapiro failed to extend this teaching to the transgender community or to people with mental illness. It’s particularly ironic that he did so at Yeshiva University, an institution that relied on this teaching of “betselem Elohim” in its acceptance of Joy Ladin, a transwoman who serves as the David and Ruth Gottesman Chair in English at Y.U.’s Stern College for Women.

Both transgender people and people with mental illness experience tremendous indignity at the hands of our communities. Despite the recent gains in how LGBTQ individuals are treated in both liberal and Orthodox Jewish communities, we are often still treated as a problem to be solved or as an anomaly to be assimilated, not as a gift to be celebrated. People with mental illness are mocked or shamed rather than asked what they might need to fully participate in communal life.

Although it’s true that many transgender people struggle with mental illness (as do many non-transgender individuals), being transgender itself is not an illness. In 2012, the American Psychiatric Association revised its diagnostic criteria to reflect what transpeople have known for ages: that being trans, in and of itself, is not a disorder. The APA makes it clear that the distress of living in a transphobic world and being unable to access appropriate care, not to mention safety, can manifest in “gender dysphoria,” a diagnosis reflecting the emotional distress that can result from “a marked incongruence between one’s experienced/expressed gender and assigned gender.”

Shapiro said that “men can’t magically become women, and women can’t magically become men.” What Shapiro misses is that part of living life is about becoming who we are, living into our potential, recognizing our gifts and sharing those with the world. For transgender people, the barriers to do so are higher. We often take longer to figure out who we are, how to make it real to ourselves and how to actualize that in our world. For many, although not all, of us transgender individuals, we live our lives not “magically becoming” female or male, but struggling to be recognized and valued as the individuals we have always known ourselves to be.

As for Shapiro’s assertion that “Torah Judaism does not support social justice,” social justice means creating a society in which everyone’s basic needs are met and in which all people are treated with dignity. The Torah addresses and supports social justice on many occasions. In the Talmud, Rabbi Eliezer says that the Torah “warns against the wronging of a stranger in 36 places; other say, in 46 places.” The stranger is often mentioned together with the widow and the orphan, those who are powerless in the societal structure of the Torah. The Torah text itself extends the vision of the stranger to ourselves and to people in our community, clearly creating a vision of social order and, yes, justice, for society. Plus, the commandments of peah and leket (leaving the corners of our fields unharvested so that those in need can glean from those areas) provide mechanisms for achieving social justice.

What I find most baffling is Shapiro’s reference to menschlichkeit. I teach my students that to be a mensch is to encounter the world with generosity and compassion, with an eye to how we can positively affect the lives of others. This means listening to other people’s experiences with open hearts, striving for understanding but creating space for acceptance in its absence, and living out the Torah’s command to take care of those on the margins of society as fully as we live out our other commitments to Jewish life.

To my transgender Jewish community, let me remind you that you were created in God’s image, and whether you struggle with mental illness or not, you are worthy of dignity and respect. The Jewish community is stronger with you in it.

To Ben Shapiro, and those who applaud him, let me end by sharing the lessons that I share with my students each day. The Torah teaches us to care deeply about the plight of those who have been marginalized in our communities and the world. Because of this, I take my responsibility to repair the world as seriously as I take my responsibility to observe the Sabbath, put on tefillin and restrain from eating nonkosher food. I teach my students my love of the Torah — the power of holding a scroll in our arms, reading from it on Sabbath morning, studying it as often as possible. I find power and inspiration in its words, as I hope they do as well. And I hope to instill in my students an understanding of what it means to be a mensch and how important it is to encounter the world with compassion and proactive kindness. Shapiro’s sharp words demonstrate arrogance rather than menschlichkeit, and fail to live up to the promise of the proverbs that we recite each time we return the Torah to the ark, that the Torah’s “ways are ways of pleasantness and all its paths are peace.”

Becky Silverstein believes in the power of community and Torah in building a more just world.