Crisis: Can an All-GOP Washington Investigate Russia Ties to Trump? What Would Elijah The Prophet Do? 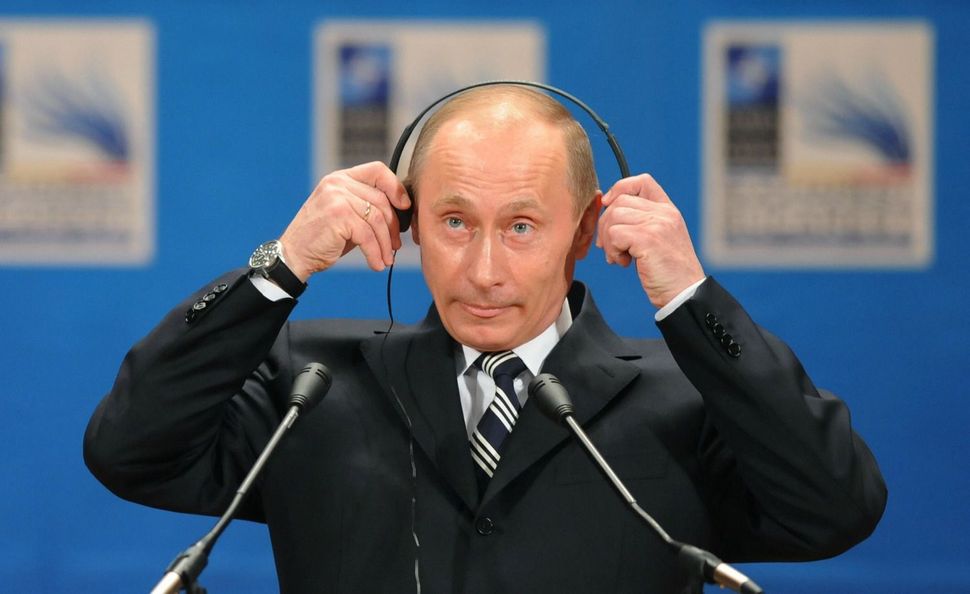 Unless the CIA and the rest of America’s intelligence community are dreadfully wrong or The Washington Post is lying, neither of which seems remotely likely, the United States is facing a constitutional crisis unlike any we’ve seen before. And the worst of it is that it might well be swept under the rug, given the lopsided configuration of power and partisanship in Washington starting next month.

According to a Post article published on line Friday night, the CIA has concluded that Russian hackers interfered in our electoral process, probably on orders from the Kremlin, with the intention of helping Donald Trump win the presidency. What’s more, the administration tried last September, before the election, to enlist congressional leaders in a bipartisan effort to protect the integrity of the vote from Russian meddling. But the Republican leadership wouldn’t go along. Senate majority leader Mitch McConnell is reported to have voiced doubt about the CIA’s intelligence. This from the party that has spent the last four years inventing new impediments to voting in the name of protecting the vote’s integrity.

It just keeps getting worse.

Oh — and by the way, we learned this week that the candidate with the inside track to get Trump’s nod for secretary of state is Rex Tillerson, the CEO of Exxon. He has his own close ties to Russia, some of which are a bit complicated; In 2011 he negotiated a joint drilling deal with Russia’s Rosneft energy company, worth about $500 billion — that’s a half-trillion dollars. But the deal has been frozen because of sanctions imposed on Russia in response to its 2014 invasion of Ukraine. Running America’s foreign policy out of the State Department could be just the ticket for Mr. Tillerson and Exxon to recover some cash. Just saying.

It should be remembered that the last time there was a credible report of serious tampering with a presidential election, the country was nearly paralyzed for two years and a president was forced from office. So traumatic was it that the name Watergate has become virtually synonymous with official misconduct. And Watergate was just a bungled burglary.

Now, on one hand the current case is profoundly different. In the case of Watergate, the criminal activity reached up to the Oval Office. The president’s own White House staff was running a ring of burglars to carry out dirty and sometimes illegal tricks on behalf of the commander in chief. In the current case, nobody is claiming — at least, not with any evidence — that Trump was a knowing participant or accomplice in the election tampering.

On the other hand, this appears to be a case of espionage and subversion by a foreign, unfriendly power with the goal of tainting or even altering the outcome of our presidential election, the most sacred civic ritual in our democracy. It appears to be an act of cyberwarfare, though the concept is too new to have clear lines defining it.

What’s more, the Russian hackers got their wish. Trump was elected, in a last-minute surprise. Significantly, he won by the narrowest of margins — a total of 100,000 votes, spread across three states that had long been Democratic strongholds. He won in the Electoral College despite losing the popular vote by the widest margin ever scored by a candidate who then won the Electoral College, currently 2.8 million votes and still counting.

Why is the narrowness of his victory important? Simply this: In a squeaker like our November 8 election, any one of an endless list of incidents could have tipped the vote the other way: If James Comey hadn’t raised the red herring of new Clinton emails days before the vote. If Jill Stein had dropped out. If WikiLeaks hadn’t dumped its trove of embarrassing, Russian-hacked emails from the Democratic National Committee and Clinton campaign chairman John Podesta.

Too many factors could have changed the outcome if they’d gone differently for any one to be singled out as the cause. At the same time, the race was too close for any of those factors to be dismissed as part of the cause. Given all that, the fact that one of those factors was not luck nor an unforced error but a deliberate attack by an unfriendly foreign power turns a guessing game into a scandal. Or, rather it should.

When Watergate broke, the Democratic-controlled Congress held lengthy hearings that managed to convince Republicans as well as Democrats of the seriousness of the case against President Nixon. It’s hard to imagine the Republican Congress doing something similar this winter. Sometime this winter, a few weeks or months after Trump’s inauguration, the CIA and the rest of America’s intelligence agencies will complete a report fleshing out the details of the attack. How the Russians helped put our president in the White House.

How will Trump respond? We already know part of the answer. His transition team responded to the Washington Post story, not with expressions of concern for a possible breach of American security, nor any understanding of the anxiety the CIA’s report arouses in many Americans, but by mocking the CIA, dismissing Americans’ alarm and boasting — falsely — about the magnitude of his victory. Speaking, that is, not as a president should, with words meant to bring Americans together, channel their distress and offer comfort, but with the same peevish, childish, divisive language with which he befouled the campaign trail. Nobody expects him to announce that he’s a Russian plant. Just act like an American leader. But that seems to be beyond him. Here’s the Trump transition team statement:

“These are the same people that said Saddam Hussein had weapons of mass destruction. The election ended a long time ago in one of the biggest Electoral College victories in history. It’s now time to move on and ‘Make America Great Again.’”

There’s a line in the Bible that sort of captures the state of affairs survived as a medieval rabbinic catchphrase and is even heard now and then in modern Israel. It refers to murder, but it’s more often used in regard to any misdeed that goes unpunished and leaves the wrongdoer sitting pretty.

It comes from the first book of Kings 21:19, when the wicked King Ahab of Israel decides he wants to take over a vineyard next to the palace. The king offers the landowner, Naboth, equivalent land elsewhere, but Naboth refuses to sell. The problem is solved when Ahab’s wife, Jezebel, arranges to have Naboth killed, and the king gets the land.

Crisis: Can an All-GOP Washington Investigate Russia Ties to Trump? What Would Elijah The Prophet Do?