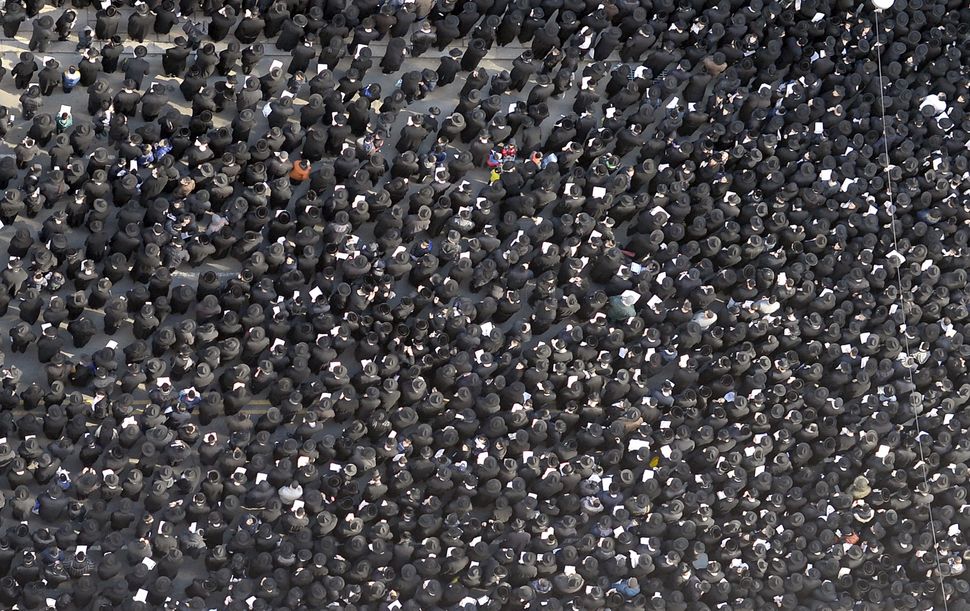 We can chart the rapid growth of the Orthodox by looking at their numbers in the Pew Research Center data over three generations, each encompassing 18 years of age. From old to young, we have the putative grandparents’ generation (age 56-73), the parents (28-45) and the children (0-17).

Counting up all Orthodox Jews, we find 79,000 “grandparents,” nearly 200,000 “parents,” and over 340,000 children. In other words, over two generations, the Orthodox pretty much quadrupled in size.

What about the non-Orthodox — the Conservative, Reform, Reconstructionist, Renewal and non-denominational Jews? For them, we find the reverse of the Orthodox pattern. The oldest generation comes to 1.48 million. For the middle generation, 1.1 million. And for Jewish children in non-Orthodox homes (including the partially Jewish and Jewish with no religion), we find just 920,000. 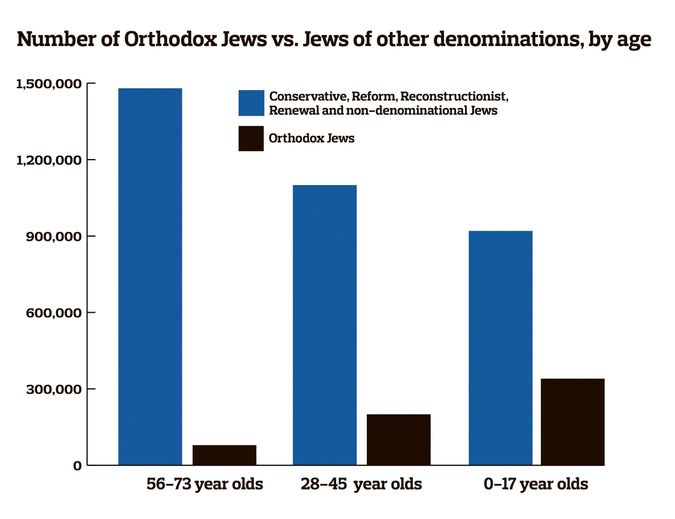 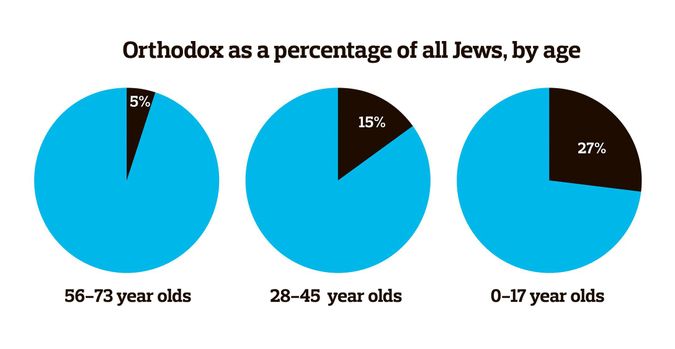 These trends mean diminished numbers of non-Orthodox who participate in Jewish life. One reason is that, among the non-Orthodox, the 28-45 year olds are fewer than the 56-73 year olds. Another factor is their lower Jewish participation rates.

The combined effect is astounding. 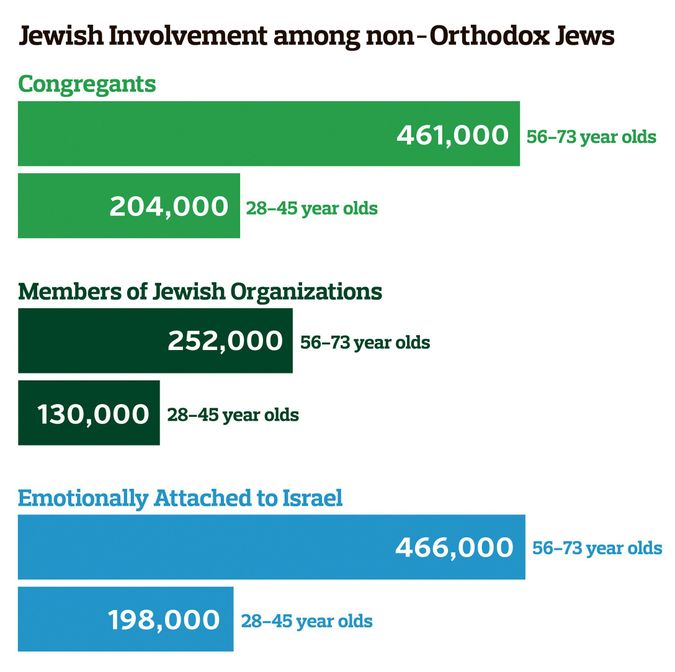 Woody Allen is credited with observing, “Eighty percent of success is showing up.” Jewish institutions outside Orthodoxy are struggling with declining numbers only in part because (as some critics claim) they deliver less meaning, are culturally out-of-step, or suffer from poor leadership. At least as important is the fact that they draw on fewer Jews who are available to “show up.” Population contraction and fewer children explain the declines in non-Orthodox enrolments in both day schools and congregational schools.

In fact, non-Orthodox Jewish trend lines resemble the trend lines for American Catholics and Mainline Protestants. They’re all marked by declining adherents and participation, as “no-religion” Americans have recently become the largest religious “denomination” in America.

Jewish demography isn’t Jewish destiny. But demography does matter. Any policies designed to strengthen non-Orthodox Jewish life will need to address long-term demographic objectives, like inducing Jews to marry, marry younger and marry Jews; supporting their decision to become parents and to raise their children as Jews; motivating more non-Jewish spouses, partners, family members and friends to identify as Jews, and mobilizing grandparents to be more present for their children and grandchildren. The vitality of Jewish life in America depends on all this and more.