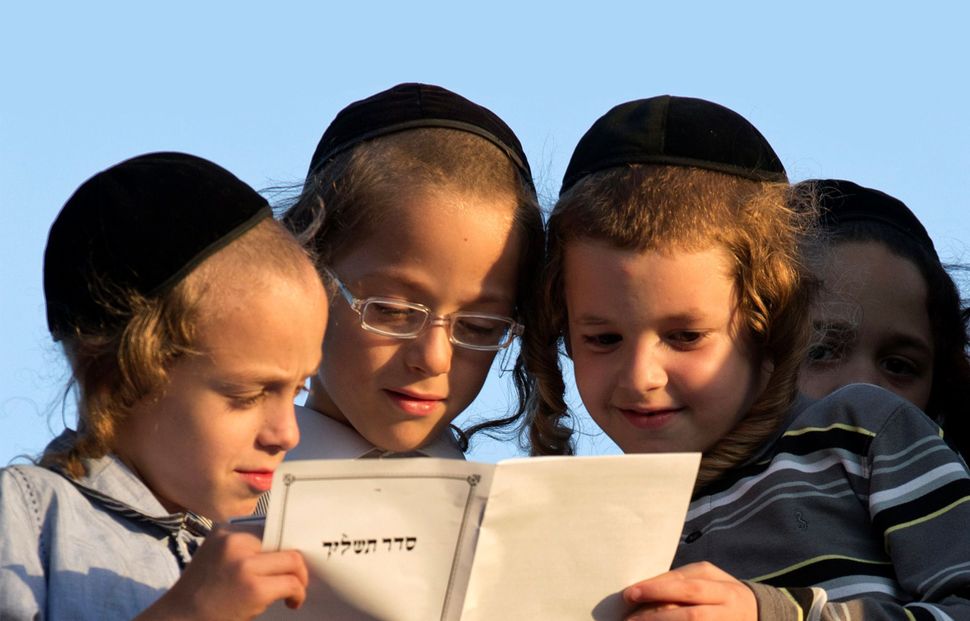 It’s tempting to attribute the remarkable American Jewish demographic changes taking place to a simple matter of birthrates: Orthodox Jews tend to have many children, and non-Orthodox Jews fewer; some, none at all. A population like the non-Orthodox one, in which the average number of children per woman is fewer than 2.1, is below replacement level. One like the Orthodox community, with an average of 4.1, will grow exponentially.

But stopping at numbers misses an underlying, vital issue. Why is it that Orthodox couples have large families? It’s not because it’s easy for wives to bear and families to raise five or 10 or more children. Yes, parenting a large family is, in fact, deeply rewarding. But going without adequate sleep for a year or two is hard enough; doing so for a decade or so is another animal altogether. And paying multiple school tuitions over many years, not to mention the considerable other costs of Jewish observance, is no walk in the economic park.

The child-heavy Orthodox demographic reflects deep dedication to the future. In keeping with the Jewish religious tradition’s essential ideals, Orthodox Jews place children (theirs and those of others) on the hierarchy of priorities above — high above — career, economic success, status symbols and comfort. To be sure, there are wealthy Orthodox families. But there are many, many more that, without regret, live simple lives, and see kids as riches.

They live for their progeny, work for them, guide them, pray for them. And while many Orthodox Jews may not be familiar with the words of a celebrated contemporary poet — a recent Nobel Prize winner — he once expressed well how they feel, in a prayer of his own:

The whole world is asleep
You can look at it and weep
Few things you find are worthwhile
And though I don’t ask for much
No material things to touch
Lord, protect my child.

Avi Shafran serves as Agudath Israel of America’s director of public affairs and blogs at rabbiavishafran.com.