How Israel Brought U.N. Resolution on Itself With Irrational Settlement Push 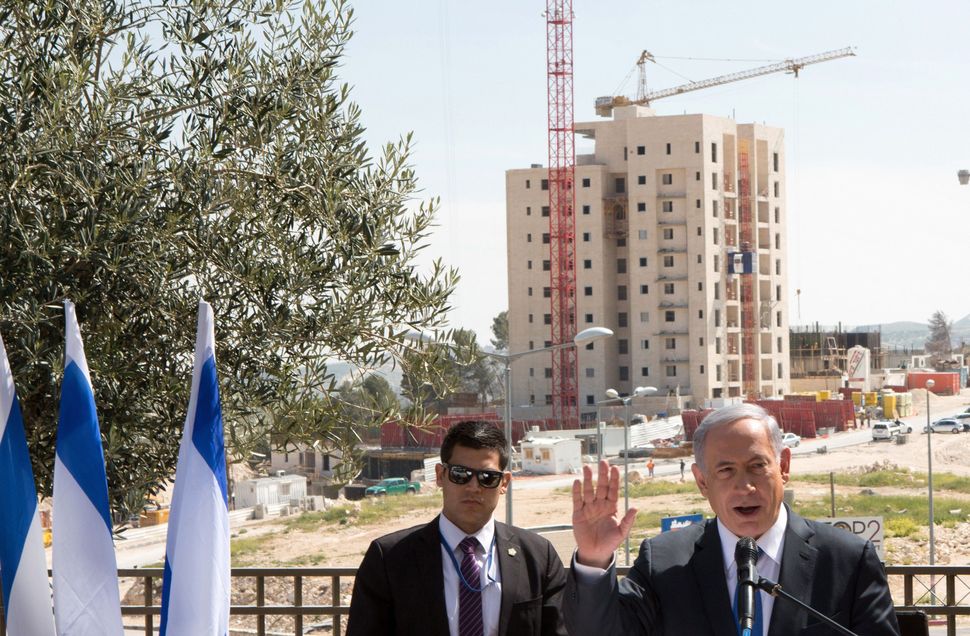 The controversy over the U.S. decision to abstain rather than veto a UN Resolution supported by every other member of the Security Council diverts attention from the most important threat to a secure future for Israel.

The single path forward for Israel to maintain its status as both Jewish and democratic is to realize upon the dream of two states for two peoples. The Palestinians have not made this easy. Whether through incitement, terrorism, stubbornness or poor judgment it does seem as if, to quote the legendary Israeli diplomat Abba Eban, the Palestinians “have never missed an opportunity to miss an opportunity.”

That one can legitimately question whether the Palestinians are ready partners for peace, however, provides no excuse for foreclosing the possibility of the only option that is in Israel’s interest. As a lifelong Zionist, that the implementation of the two state policy poses a difficult challenge is simply another obstacle to be overcome. Ben Gurion would be ashamed by the failure of Israel’s current leadership to find an innovative solution. The challenges encountered by Israel’s original generation, which were overcome, were much more difficult than those Israel faces today when it is well established and possesses the most powerful military in the region.

Yet Israel’s government is working nonstop to implement a policy which inevitably weakens the Jewish state. There is no dispute over the underlying facts recited by the United States in connection with its decision to abstain on the Security Council vote on Resolution 2334. For all of the over the top criticism of the United States, I have yet to see any denial of the statistics regarding settlement growth, numbers that the Israeli government and Jewish leadership avoid acknowledging.

Nearly 90,000 Israelis have taken up residence beyond the security barrier that Israel established to protect the settlement blocs it understandably intends to retain in a negotiated solution. This number has expanded by some 20,000 since 2009. And the future looks bleaker, with essential members of Israel’s governing coalition announcing an intent to accelerate building and the support of Prime Minister Netanyahu for the so called Regularization Bill that would retroactively legalize outposts previously deemed illegal under Israel’s own laws.

Yes, U.N. Resolution 2334 does not distinguish between those settlements inside and outside of the settlement blocs. But that is the result of Israel itself refusing to make this distinction. And critics are correct to be concerned that the Security Council provides encouragement to the Palestinians to avoid direct negotiations. Nevertheless, a veto of Resolution 2334 would have sent an unmistakable signal to Israel’s pro-settlement wing, including the ruling coalition, that it can act without restraint. Israel’s conduct since the U.S. veto of a similar resolution in 2011 is all the proof one needs.

Those who care about the Jewish homeland must acknowledge that ongoing settlement expansion of this sort severely damages Israel’s future. The focus should be on implementing solutions that protect Israel’s security. The recent report by Commanders for Israel’s Security provides a serious proposal in this regard as does a paper issued by the Center for a New American Security. We should be discussing these solutions rather than complaining that a self-defeating expansion policy is being exposed.

The time has come to stop making excuses by pointing at others to escape the responsibility that Zionism imposes upon us to take control of our own destiny. The story of the Jewish people is not merely that we have always had enemies, but rather that we have had the ingenuity and strength — usually unconventional — to defeat them. Let us hope that the lights of the Hanukkah miracle illuminate the path forward and allow us to escape the darkness of denial.

Alan Solow is a former chair of the Conference of Presidents of Major American Jewish Organizations. The views expressed here are his own and are not those of any organization with which he has an association.

How Israel Brought U.N. Resolution on Itself With Irrational Settlement Push