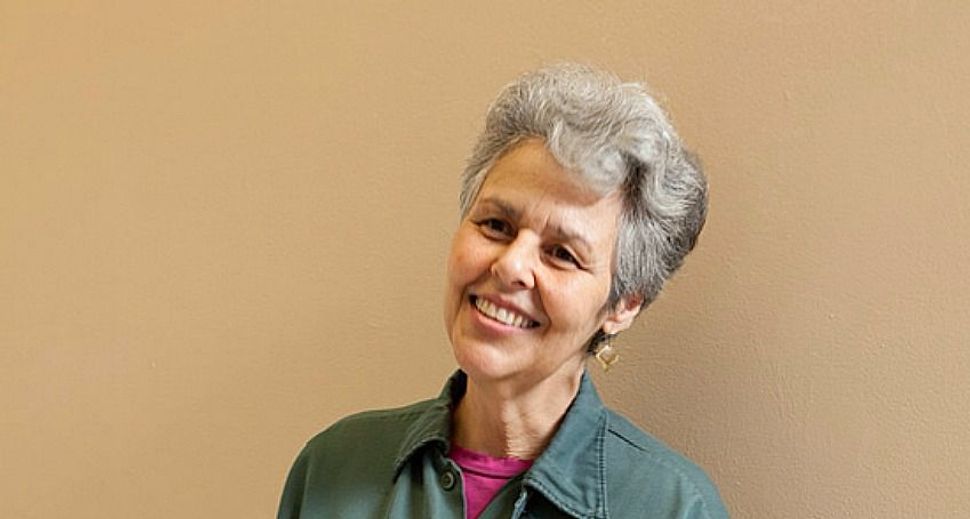 On the drive from Manhattan, I leave the hustle and bustle of the city to steer on the winding road of the Saw Mill Parkway and make my way to Bedford Hills. I pass small villages, bike paths and beautiful canopies of trees to exit and park in the visitor’s parking lot, surrounded by high barbed wire fences, at the Bedford Hills Correctional Facility for Women.

I’ve been making this trip for 10 years to visit Judith Clark. I visit to be her rabbi and spiritual guide — although Judy’s spirit was soaring well before I arrived — yet she has heightened for me the meaning of liberation, choice and justice in ways that I could have never imagined.

The serene drive is in stark contrast to the abrupt experience of entering the prison’s walls — waiting each step of the way as doors sound with loud buzzing, enveloped with the sense that one is entering into another world that was meant to be out of sight and out of mind.

Judy has served 35 years in prison for her role as the getaway driver in the Brinks Robbery of 1981 in which Sgt. Edward O’Grady, Officer Waverly Brown and Brinks guard Peter Paige were killed. Judy was a radical with the Weather Underground and was thrown out of the courtroom during her trial; she was given three consecutive sentences of 25 years to life.

Now 67. she has earned a bachelor’s and a master’s degree, raised a child outside prison while being inside, and supported countless women prisoners in her work with HIV/AIDS patients and nursery mothers, and as a wise elder. Now, thanks to a rare move by New York Governor Andrew Cuomo, she has been given a chance for early parole.

I can still remember the first visit I made to meet Judy. I was fearful of what it would feel like to enter a maximum security prison, who I would find there and what it would mean to connect with a political radical responsible for the death of three innocent men. Entering prison is like entering another universe, closed off from the rest of society, and the physical walls and doors are symbolic of the desire not to see or know the people on the inside.

When I met Judy, I instantly felt a disarming sense of truth and soulfulness in her; despite all the walls around her, she decided not to be caged in. This spiritual lesson kept drawing me to her.

In our conversations it sometimes felt impossible that she could have been the woman who committed such a heinous crime all those years ago. She would tell stories of lessons learned, of accumulated losses (not raising her child in proximity, missing the funeral of her parents, the unquantifiable devastation that she visited on the families of the victims) and how she wrestled with becoming a radical. And she spoke of her hard climb to recovery.

In my 10 years of visiting the prison, it has changed — and not for the better. It takes longer to enter. Once I was turned away because my skirt was too short (according to the guard), though it wasn’t. I saw some of the countless instances of micro- and macroaggression that prisoners experience. Judy became my educator and my window into mass incarceration in our country and the deeply troubled system that is supposed to represent justice in America.

I remember one visit prior to the holiday of Passover when I asked her how she understands liberation in prison (the main theme of the holiday) to which Judy replied, “At some point I needed to understand that I need to live a life within these walls and that I have a choice.” Judy made choices daily to live a life of purpose, love and dedication within those walls.

This holiday season, on the sixth day of Hanukkah, in an act of compassion and leadership, Governor Cuomo commuted Judy’s sentence along with over 100 other prisoners, the largest number by a governor in the state’s history. I believe the governor’s actions are a profound statement of faith in humanity, a recognition that people can change and a testament that justice is not only achieved through judgment but mercy as well.

Many will say Judy doesn’t deserve to be released. While she wasn’t the shooter, she was responsible for the deaths of three innocent men. She chose to be defiant in the courtroom and therefore was not defended, and that is why she received a maximum sentence of 75 years in prison. All her own doing, her critics say.

Judy knows more than anyone that her apology, her contrition, her being a model prisoner and her transformation will never bring back the lives of the men killed. And as rabbi, I know that too.

I also know that the very essence of being human is our nature to fail, sometimes in profound ways that cause irreversible pain and suffering, and it is also in our very essence to be able to transform, to grow, to learn, to create and to be called to a higher purpose. Judy in her humanity owns her failure and by his action, Cuomo acknowledged her humanity in her power to change.

Rabbi Joseph Soloveitchik in his book Halakhic Man, teaches that Torah opens with the story of creation to teach so that we may learn applicable law — “that a person is obliged to engage in creation and the renewal of the cosmos.” This principle, Soloveitchik teaches, is the foundation for repentance, our ability to transform and renew.

In these 10 years of visiting Judy, she embodied the story of creation — that out of chaos, she was able to separate darkness from light, good from bad, and do the necessary hard work to create and transform and repent. Each time I have visited her I see her light, her power to be a force for good, her commitment to take responsibility for her past but not to let only her past to determine her future.

I have faith in Judy Clark to bring that light to the world outside of the walls of prison. Her record in prison attests to that truth and Governor Cuomo saw that light in her, too. It is an act of courage to be willing to change. It is an act of leadership to honor that change in a person.

Felicia Sol is a rabbi at B’nai Jeshurun in Manhattan.