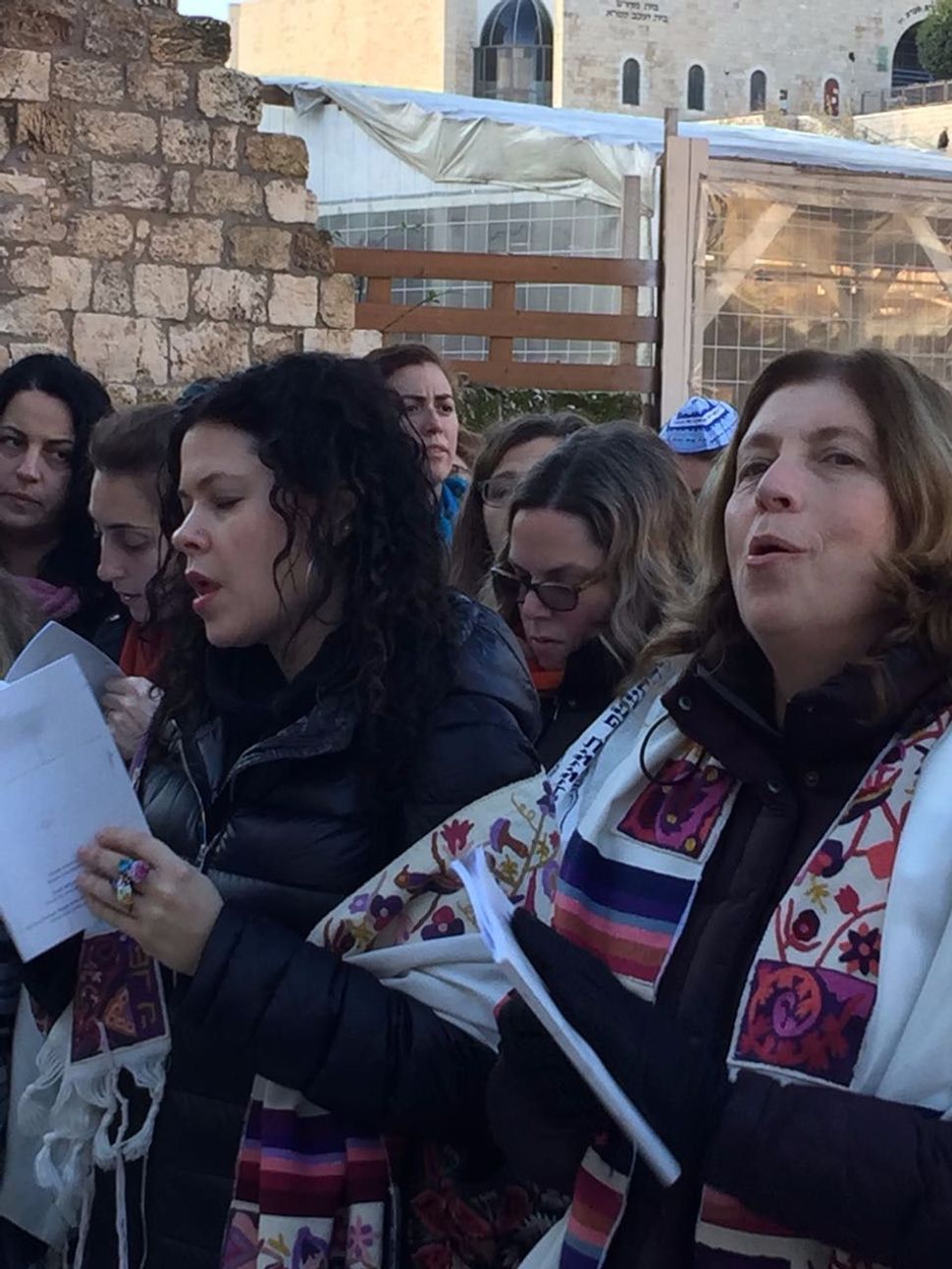 When I was invited to sing in Israel this past Hanukkah, my heart filled with joy at the chance to celebrate the Holiday of Light in the City of Eternal Light. I went in search of truth and to return to my home of homes. But going home is never as easy as you think it will be.

The focal point of my trip was the Kotel — “Hashem’s House” according to my sons — where I looked forward to remembering my father, meeting up with G-d again and praying together with my spiritual sisters, the Women of the Wall.

I was blessed to join Anat Hoffman and her exalted Women on Dec 30. We celebrated the new moon — Rosh Chodesh Tevet — at a prayer service that was both uplifting and terrifying. Earlier in the week, I found solidarity with the Yerushalmit Movement, inspired by their open conversation about the pressing issues of religious inclusivity in Israel. I sang at a precious girl’s Bat Mitzvah and felt blessed to nourish her and her beautiful single mother. Returning home, my heart and soul were overflowing.

Then I was hit with the harsh news that my primary clients — who paid for me to go to Israel to fulfill a professional commitment — were withholding my fees because of the other things I had done while in Jerusalem.

Their decision, they said, was also related to my level of observance, my three-year-old proclamation of solidarity with the Reform Movement and my ongoing work with a Baptist Choir. My support for Women of the Wall and the Yerushalmit Movement just seemed to add insult to injury. No longer a Neshama they wanted to sponsor, I had left the “derech” prescribed for me. I was treated as a fallen soul in need of saving, punished until she saw the light. 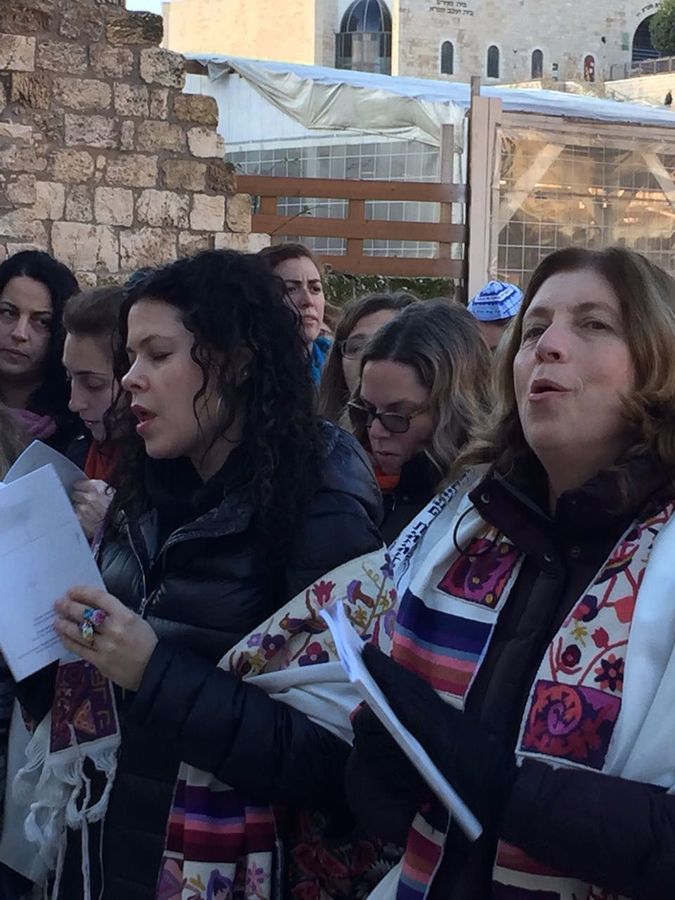 I am writing these words in the aftermath of this heartbreaking development, feeling doubly bruised because of the realization that — in so many ways — I am repeating the trauma that my sweet father too often carried in his lifetime. And, like my father — an unorthodox Orthodox Jew if there ever was one — this turn of events strengthens my resolve and commitment to my own Jewish choices and to work and sing on behalf of religious pluralism in Israel and Jewish unity.

My father was one of the first supporters of Women of the Wall; he personally paid for and brought Anat her first Torah in 1993. When the WOW lost their venue and catering, my father sang for hours for them in a dark gymnasium without food or sound equipment. Anat shared this story with me at the URJ Biennial in 2013. I was never more proud of him, never more certain that my life’s mission was to continue his legacy.

On the Hanukkah morning that I joined my WOW sisters — women from all walks of life, ages and backgrounds — guards conducted body searches and our Torah was confiscated. Still, we proceeded in joy, safely cocooned in prayer.

Then, while singing my father’s Pitchu Li, the prayer for opening the Gates of Justice, I felt the air shift and grow colder. The sounds of shrill whistles filled my ears and the voices of my sisters were buried. Where there had been peace and happiness, I was now engulfed in fear. 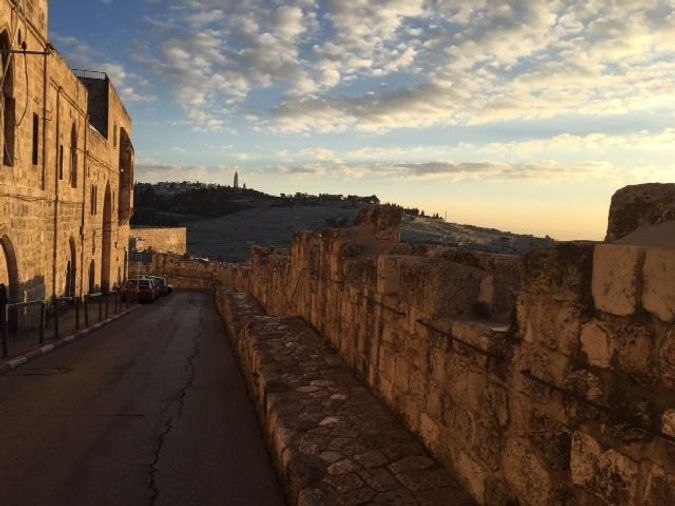 The whistles and screams grew louder. I soon realized that our attackers were other women. Standing with their backs to the Kotel and God, they yelled “Chilul Hashem!!” (Desecration of God’s name) “Zonot!” (whores). When they ran out of breath to scream, they blew their painful, screeching whistles.

The women around me prayed louder for we were not just singing for God; we were engaged in battle. Unaccustomed to confrontation of this sort, I could not hold back my tears, my horror and shame. As the first Orthodox woman to publicly sing for a mixed audience I have faced criticism, scorn and judgment my entire life but this was a new level of assault. I stared at their angry faces. Are we all not Jews? Are we not one People, arevim zeh lazeh, responsible for one another?

As I stood frozen, my father’s face appeared before me…

I remembered a grand event at the Kotel more than two decades earlier. There was a ceremony for soldiers and an official welcoming of Ethiopian immigrants. Hundreds of shining Ethiopian children were marching and waving flags. My father, sister and I were standing at the Kotel plaza when suddenly, as if choreographed, the children all dropped to the ground. There was a universal cry, I could not breathe. We were tear-gassed. Not by terrorists, but by Jews, furious that men and women were standing together. Afterwards, they bragged to the press about how they brilliantly ended the event. I was 18 years old; it would be months before I could breathe without pain. My father coughed bitterly from that afternoon until he passed away, fourteen months later.

I remembered, from my dangerous piece of pavement on the woman’s side of the Kotel, another moment of pain from my childhood. Apparently a young boy hadn’t said “Amen” well enough, so the boy’s father smacked him and yelled “AMEN!” My father grabbed the man and screamed, “Take off your yarmulke, God doesn’t need your prayers!” My father never yelled. I was terrified and knew he was right. If we stand in God’s presence while harming others, God does not want or need our prayers.

Then, just last week, one more memory visited me, from over two decades earlier, when my father sang for the King of Morocco in 1994. He addressed the royal family with tears streaming down his cheeks, begging them to see that we were family. Magically, the room was filled with screams of “Yerushalayim.” The impossible was happening; Muslims standing shoulder to shoulder with Jews. It was as though the redemption had come until my father’s patron sternly reproached my father, saying, “Because you had those animals screaming Yerushalayim, you gave up your pay!”

I see how history continues to repeat itself. 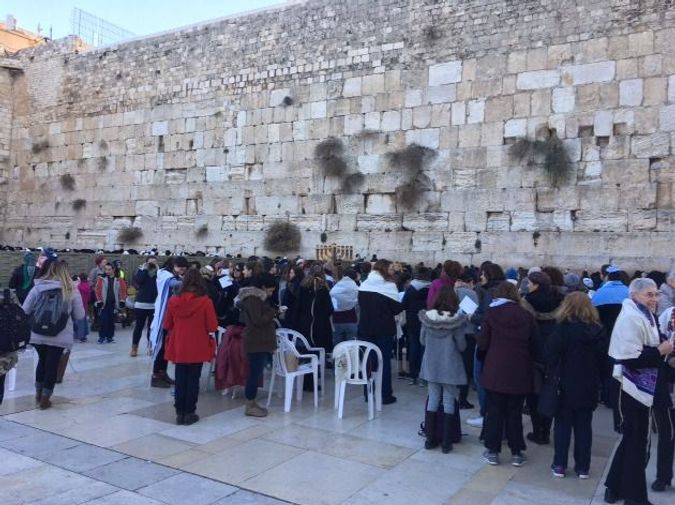 I write these words in two voices: my own and my beloved father’s. The Jewish people have survived thousands of years of persecution. Especially in the aftermath of the most recent terror attack in Jerusalem on Sunday January 8, we are well aware that our enemies are trying to wipe us out, every day. Anti-Semitism and racial hatred are present in every corner, bomb threats have been made at Jewish community centers in the United States, Anat Hoffman’s life has been threatened; hatred and harm is leveled against non-Orthodox Jews in Israel — by other Jews.

We need to stop destroying each other from within. The Torah demands more of us than that.

The spiritual clarity and oneness I felt while praying with the Women of the Wall felt like the true path forward. Even as I shudder remembering the cold eyes of my Haredi sisters, I still extend my hands and my heart to them in hope.

We are standing at a great crossroad and the epicenter of the change is Jerusalem. My father’s “Pitchu Li” is on repeat in my ears and in my heart. The message is clear: it is time to open the Gates of Justice, starting with “Hashem’s House,” our Kotel.

The day after I finished a first draft of this essay, I awoke to headlines from Israel declaring that the country’s High Court issued a ruling challenging the area’s rabbi to explain why women should be deprived of the right to religious freedom. This is a stunning development, one that has the potential to transform the contested area into sacred space that might be used by all people to pray, sing, dance and connect freely, without threat, animosity or challenge.

Blessed, Holy One: Please Open the Gates of Justice to usher in this long-overdue change. Let us pass through your sheltering arms, embrace each other as one and sing your praises.

Neshama Carlebach, daughter of the late Jewish singer-songwriter Rabbi Shlomo Carlebach, is a singer who performs at venues throughout the world.