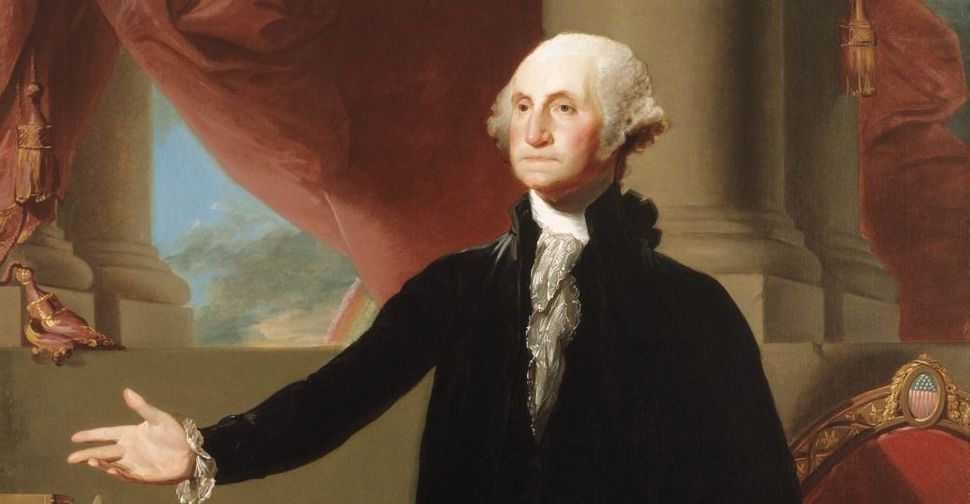 Editor’s note: We have republished this story, originally published in 2017, for Presidents Day.

In August 1790 President George Washington took a trip to Rhode Island, the last state to have ratified the Constitution (Washington had skipped it on a tour of New England the previous fall). One of the locals who greeted him was Moses Seixas, warden of Newport’s Touro Synagogue, which was founded in 1763.

There were only four other synagogues in the United States then, all Sephardic, all in port cities — New York, Philadelphia, Charleston, Savannah. Jews comprised less than one tenth of one percent of the young country’s population.

Seixas read a letter of welcome, praising the United States government for extending “Liberty of Conscience” to all, and effusively lauding Washington, whom he likened to David, Daniel and Joshua.

Washington wrote a letter in response that was like himself — formal, courteous, and politic. He thanked “all classes of Citizens” for their welcome, and he noted the “uncommon prosperity and security” that America was enjoying on his watch.

The core of his letter achieved immortality.

“The Citizens of the United States of America have a right to applaud themselves for having given to mankind examples of an enlarged and liberal policy — a policy worthy of imitation….It is now no more that toleration is spoken of as if it were by the indulgence of one class of people that another enjoyed the exercise of their inherent natural rights. For happily the Government of the United States, which gives to bigotry no sanction, to persecution no assistance requires only that they who live under its protection should demean themselves as good citizens…”

The most eloquent phrases in that paragraph — about giving bigotry no sanction and persecution no assistance — had been used by Seixas himself in his own address. The sentiment that was revolutionary, however, was in the sentence before. Toleration had been the ideal of liberal philosophers since John Locke, a century earlier. Washington was now saying that “toleration” was an inadequate concept. Toleration implies those who just tolerate. But rights are not allowances; they are ours by nature.

This idea was not original with Washington. In the spring of 1776, Virginia had adopted a Declaration of Rights. The first draft had called for “the fullest toleration in the exercise of religion” — until 25-year-old James Madison amended that to “all men are equally entitled to…the free exercise of religion.”

But Washington in 1790 was where the rubber of the Enlightenment hit the road. He was not a philosopher, or even a drafter of a bill of rights, but an actual president, acknowledging the actual rights of actual citizens — in this case, Jews.

Not all presidents have been as clear headed as George Washington. They haven’t had to be, in part because he had already given the example of an enlarged and liberal policy.

Richard Brookhiser is a senior editor of National Review and author of Founding Father: Rediscovering George Washington and Founders’ Son: A Life of Abraham Lincoln among other books.