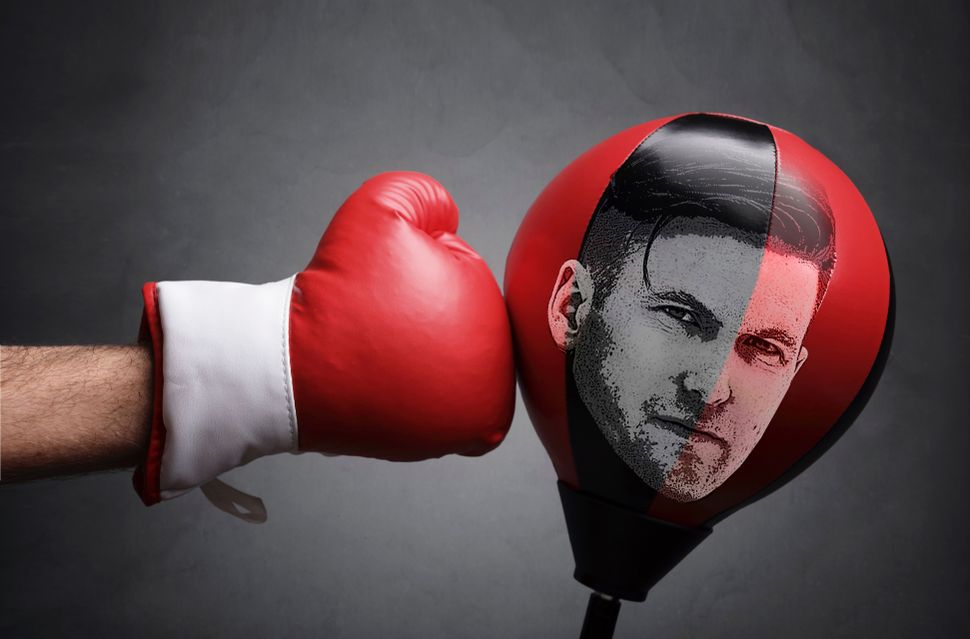 It’s okay to punch a Nazi in the face if it’s a real Nazi you are punching.

And if that real Nazi is trying to do real harm to you or someone else, and by punching the person you may be able to stop it.

And if there is no other choice available to you.

And if you are willing to accept the consequences of your behavior — which means you may be arrested. Or beaten up. Or even killed.

But the hooded, masked fellow who on Inauguration Day sucker-punched “alt-right” leader Richard Spencer in the face and then ran off was just acting like a little boy who can’t control his temper and is only seeking attention. I am stunned and dismayed that there are people offering twisted logic to somehow turn this violent stunt into a legitimate, excusable political act. If it weren’t caught on a video that went viral, we probably wouldn’t be having this discussion, but we are, so we may as well make it edifying.

Here’s what’s not edifying: Desus and Mero, two commentators on the Viceland network, saying that it’s “totally fine to kick some major bigoted ass.” Or comedian Sarah Silverman first denouncing the punch, then cowardly walking it back. Other pundits have spun the argument with more eloquence but with logic just as weak, trying to justify violence against Nazis because of the violence Nazis advocate against us.

It’s almost silly to have to repeat this, but clearly the message hasn’t penetrated: We don’t silence speech through violence; we beat it back through thoughtful, reasoned speech. Resorting to violent tactics represents a dangerous devolution of our values and a profound ignorance of history. It’s also plain stupid.

There’s no faster way to turn Spencer into a right-wing martyr than by punching him in the face when he’s standing on the sidewalk and legally talking about his beliefs, abhorrent though they are. His sympathizers are already raising money to identify his attacker and threatening to create their own vigilante force.

Look, I understand the impulse to silence a racist anti-Semite using force. Spencer and his cronies at the National Policy Institute who advocate for their “white identity” are supremacists by another name, and the likes of Desus and Mero, who are African-American men, and a Jewish woman like Silverman (or me) don’t exactly fit into their fantasy of an ethnically cleansed America. My staff has received more hate mail using Nazi images from the “alt-right” in the past year than I’ve ever experienced in decades of journalism. I know firsthand how ugly bigots can be.

Simmering underground for years, that odious barrage was unleashed by Donald Trump’s candidacy. The “alt-right” now has a dotted line to the Oval Office through the president’s chief strategist, Steve Bannon, who proudly published some of their nasty stuff when he ran Breitbart News. We need to take this dangerous fringe group seriously.

But they do not represent the most potent threat to American liberalism at this tenuous moment. The real threat comes from the more organized, strategic attempt to undermine our civic institutions that hold leadership accountable; to discredit independent media; to discard precedent and the rule of law; to disregard accepted truths; to rip away the right to vote, especially from those who have little other way to say how this nation should be governed.

If the opposition to the new administration develops and justifies its own moral relativism, then it has lost the ability to show how it really should be done.

And that’s the edifying reason to have this discussion.

Zach Schonfeld, a writer at Newsweek, contacted a number of ethicists to ask for their verdict on the morality of punching Spencer or someone whose beliefs are wrong and dangerous. The first two were emphatic in replying no. Then Schonfeld contacted Thomas Scanlon, a Harvard professor specializing in moral and political philosophy, who had this to say: “No, it is obviously not ‘OK,’ but it is not nearly as bad as Donald Trump’s lying, or many of the things that he and his associates are proposing to do. So why are you writing about this relatively trivial question rather than something important?”

With all due respect to Scanlon, both are important. The lies repeated by a United States president and his press secretary right after taking office are unacceptable and frightening, showing a disconnect from reality and a disparagement of the truth, creating an alternative reality that will in the end only further splinter the nation the president purports to be leading.

But it’s also serious when someone seeks to silence speech with a fist and then gets a pass because the victim is a creep expressing his First Amendment rights. Therein lies the seeds of another sort of fascism, and just because it wears an anti-Trump veneer doesn’t make it more acceptable.