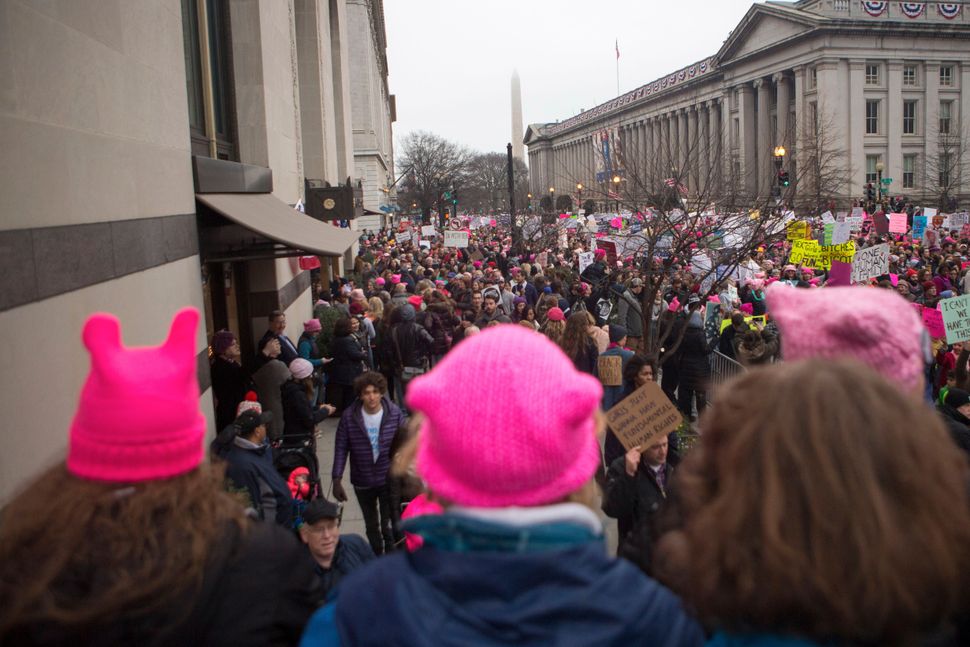 Bethany Mandel’s recent op-ed Women’s March Organizers Should Be More Careful About the Company They Keep (column January 24, 2017) foolishly suggests that effective organizing is only possible if we stand in 100% agreement with our allies on every issue. At all times, but particularly in our current political climate, working in broad coalitions — for women, Jews, Muslims, and others — is vital for building a better future.

I’ve devoted decades of my life to advancing women’s equality — in the United States, in Israel, and in the developing world — and I know that social movements are as diverse and complex as the people who shape them. The Women’s March and its more than 600 sister marches around the world drew an estimated three million people, many of whom have different views about myriad issues, including the Middle East. The “Unity Principles” of the Women’s March reflect that ideological diversity by emphasizing points of agreement and not asserting a position related to Israel or any other country.

It is simply naïve to suggest that Jewish organizations and individuals should have vetted the Women’s March organizers’ personal views on Israel before deciding to participate. At a time when so much is at stake for women worldwide, Ms. Mandel’s ill-informed rebuke of the Jewish groups that took part in the Women’s March accomplishes nothing.

The Jewish community will only lose by isolating itself from people, including the vast majority of American Jews, who share a vision for a world in which women—and all of us—can live with basic freedoms. It is deeply misguided to allow personal opinions about Israel to stand in the way of making that world possible.

Barbara Dobkin is a feminist philanthropist.