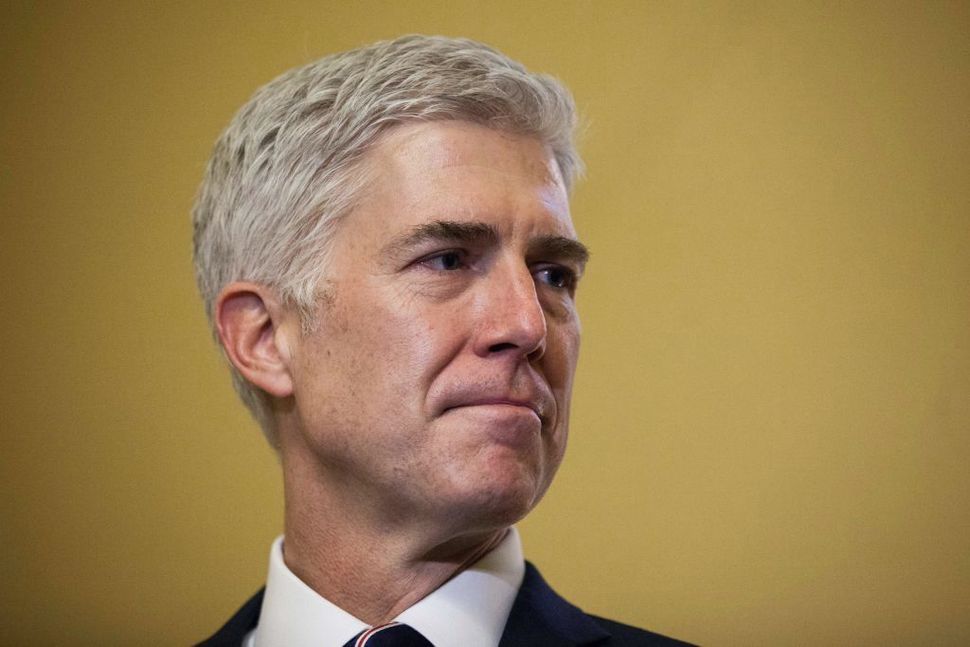 When it comes to issues of interest to the Jewish community, Judge Neil Gorsuch’s potential confirmation to the Supreme Court is likely to have significant impact on the landscape of religious liberty. This is an issue the Supreme Court has been making active decisions on over the past five years. In 2012, the Court addressed the extent to which constitutional protections shield houses of worship from anti-discrimination laws when they hire and fire ministers.

In 2014, the Supreme Court issued a 5-4 ruling in Burwell v. Hobby Lobby, which exempted closely-held for-profit companies from complying with the Affordable Care Act’s so-called “contraception mandate” — a policy which would have otherwise required those companies to include contraception in their employee health insurance plans. Instead the court held that government could allow companies to file for an exemption that would trigger cost-free contraception coverage to be provided directly by the health insurance companies and not paid for by the religiously-motivated employers. And in 2015, the Supreme Court required the Arkansas Department of Corrections to allow a Muslim inmate to grow a ½ inch beard even though doing so ran counter to the prison’s grooming rules.

In 2016, all indications were that the Supreme Court had plans to continue this trend. When Justice Antonin Scalia passed away nearly a year ago, two more religious liberty cases were on the Court’s docket. In the first case, Zubik v. Burwell, various non-profit companies continued an assault on the contraception mandate, arguing the very process of filing for a religious exemption outlined by the Court in Hobby Lobby violated their religious commitments because it made them complicit in “sin.”

In the second case,Trinity Lutheran Church v. Pauley, a church challenged Missouri’s denial of its grant application for funds to purchase recycled tires to improve the safety of its school playground. Missouri’s denial of the grant was based solely on a state law—a law that has parallels in well over half the states—that prohibits any funds whatsoever from being granted to religious institutions. The church has argued that the law unconstitutionally discriminates against religion—and, given that state laws prohibiting any financial support of religious institutions are widespread, this case has the potential for significant impact across the United States.

But with only eight justices following the death of Scalia and the Republican Senate’s scuttling of President Barack Obama’s pick, Judge Merrick Garland, the Court appeared to be deadlocked when it came to questions of religious liberty. In Zubik, the Supreme Court ultimately failed to reach a decision on the merits, sending it back to the lower courts for further consideration. And in Trinity Lutheran, the Supreme Court has failed to schedule oral argument for nearly a year, all but declaring that the Court’s current composition is deadlocked 4-4 on the issues that case presents and is waiting for a ninth justice to proceed.

Judge Gorsuch, who has a relatively well-developed record on religious liberty, is likely to break this deadlock. In several opinions, Judge Gorsuch has demonstrated great care in analyzing the religious viewpoints underlying religious liberty claims before him. For example, he filed a concurring opinion in the Hobby Lobby litigation — a case that wound its way through the 10th Circuit before ultimately making its way before the Supreme Court. In his opinion, Judge Gorsuch crossed swords with those who belittled the claims of Hobby Lobby’s owners, the Green family; critics had argued that the Greens’ claims lacked merit since they themselves were not being required to use or provide contraception — they were simply being asked to provide health insurance where employees would be left to determine whether or not to purchase contraception.

Judge Gorsuch, however, responded by emphasizing that the Greens “seek guidance from their faith” on the very question of “complicity” — that is, the “degree we are willing to be involved in the wrongdoing of others.” And as such, to simply dismiss their claims because they were not being asked to use or directly provide contraception to employees fails to appreciate how they understand and view their religious commitments from the inside. Indeed, to reject their claims on these grounds, argued Gorsuch amounted to “rewrite[ing] the Greens’ sincerely held religious beliefs.”

Similarly, in a 2014 case, Judge Gorsuch penned an opinion upholding the religious liberty rights of an inmate who had been denied the use of the prison’s sweat lodge — a house of prayer and meditation the prison had supplied for those who shared his Native American religious tradition. In so doing, Judge Gorsuch recognized “that federal judges are hardly fit arbiters of the world’s religions,” and therefore limited the court’s review of the plaintiff’s claim to whether or not he was sincere in his beliefs — as opposed to evaluating the theological importance of the plaintiff’s requests. Comparing the prisoner’s claim to those of Jewish and Muslim inmates requesting kosher and halal food, Gorsuch emphasized that the law not only protects against rules that coerce prisoners to abandon their faith, but, further, it also protects against a prison imposing rules that place only “considerable pressure to abandon religious exercise.”

Judicial humility when it comes to religion — that is, the willingness to apply the law to religious claims without appraising their theological value — is a task where other judges sometimes fail. And it is a particularly important character trait for religious minorities, who need courts to enforce their religious rights even where they might be unfamiliar or when they might elicit disapproval. Indeed, with widespread concerns over the current administration’s treatment of Muslims, the nomination of Gorsuch provides a much needed assurance that on the highest court of the land, there will likely be a new Justice who takes the religious claims and concerns of faith communities seriously, backing them with the full force of the law.