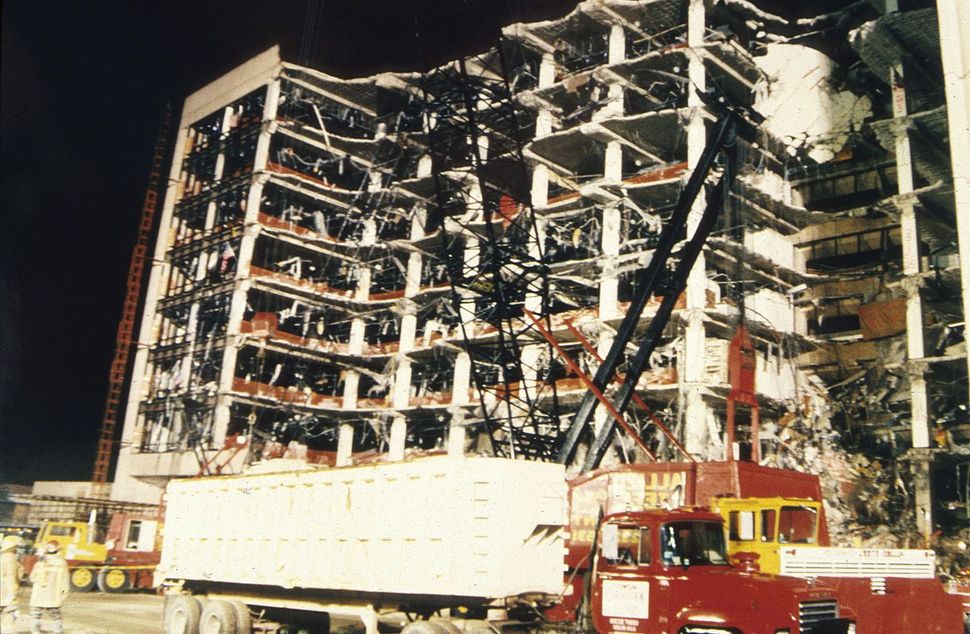 Two actions by the Trump administration, intended to make us safer, instead leave us more vulnerable to attack.

This follows the Executive Order banning immigrants and refugees from seven majority Muslim countries. The executive order has been stayed by a federal judge, but the issue is likely headed to the Supreme Court.

In 1994 and 1995, when the militia movement was gaining steam, the federal government ignored warnings that the white supremacist movement was intent on attacking. Militiamen were dismissed by many as harmless white guys playing soldier in the woods. I wrote a report, released 10 days before the Oklahoma City bombing, predicting militia-linked attacks on government. It wasn’t until the bombing, which killed 168 people, that the FBI and other agencies understood that extremism tied to white supremacy was no joke.

In 2006, when hate crimes in many European countries (particularly against Jews) began to spike, I helped create of the Law Enforcement Officer Training Programme for Combating Hate Crimes (LEOP) for the Organization for Security and Cooperation in Europe (OSCE). The program stressed two points: 1) that extremist ideologies and theologies are not the monopoly of any single group and 2) that bonds and trust between police and community groups are essential, particularly for preventing attacks.

These commonsense lessons have seemingly been forgotten.

In recent years we’ve seen white supremacists Dylann Roof kill black churchgoers in South Carolina and Frazier Glenn Miller, Jr target Jews (but kill gentiles instead) in Kansas. Indeed, as the Anti-Defamation League has documented, “right-wing extremists such as white supremacists, sovereign citizens and militia adherents” are responsible for almost three-quarters of the 372 deaths associated with domestic terrorism since 2007.

The reaction to the executive order and proposed CVE revamping should give us pause.

President Trump disavowed white supremacist support as a candidate, but the immigration order and the renaming of CVE will likely make them feel even more empowered. “Oh my goodness,” a white supremacist posted on the neo-Nazi site Stormfront, “this is for real. Amazing my government no longer targets me as the enemy.”

Meanwhile, some Muslim organizations that participated in federal programs designed to reduce extremism are now rejecting government grants. Mohamed Farah, the director of a Minnesota program working with Somalis, turned down nearly a half-million dollars. “That’s a lot of money,” he said, “but … it all comes down to principle. I am a refugee, I am a Muslim, I am an immigrant and this President is against everything I stand for.”

The hardest attacks to prevent, and potentially the deadliest, are from “lone wolves,” people who are not part of an organized group, but are inspired by theology and/or ideology. Recent terrorist attacks – Orlando, San Bernardino, Charleston, Overland Park – have been committed not by immigrants, but by home-grown actors, some thinking they are defending the honor of Islam, others the white gene pool.

The executive order and CVE renaming feed into the “clash of civilization” rhetoric which radicalizes young Muslims, and generally disheartens many Muslims. With the bonds of trust with government frayed, if not broken, the likelihood that Muslim informants will report potential lone wolves to law enforcement is dramatically reduced.

Further, the executive order does nothing to stop the most likely dangers from abroad. Refugees are already thoroughly vetted, and we’re not like Greece, where ISIS fighters hiding among them can step ashore from a raft. Richard Reid, the shoe bomber, came on a plane from the UK. If you were a terrorist bent on coming to the US, wouldn’t you choose the path least likely to catch you, such as through the visa waiver program (which allows many people from Europe and other countries to come without a visa)?

During the height of the militias, Ken Toole – then head of the Montana Human Rights Network – described the movement as a “funnel moving through space.” He said that on the outside lip were those sucked in with appeals to issues about which they cared deeply (guns, for example). As they got further and further into the funnel they were animated by conspiracy theories. Those who popped out of the narrow end of the funnel had found an external enemy and a purpose, and were ready to make war. “The bigger the front end of the funnel is,” Toole noted, “the bigger the number who get to the core.”

The executive order and the CVE renaming, coupled with the singling out of Muslims and the silence about recent white supremacist intimidation (why was there no Trump tweet about the neo-Nazi threats against Jews in Montana?) will likely sweep more white supremacists and alienated Muslim Americans into the large end of the funnel, animate them as they descend, and create more lone wolves at the core, ready to bomb and shoot.

All of us, but especially Muslims and also Jews and people of color, are much more endangered this year than last. The administration’s efforts to make us safer will backfire. It should reverse the executive order, and keep the CVE name. But it must also begin to repair the damage done. It must make it clear to white supremacists that the Trump presidency will give them no reason to be encouraged, to Muslims worldwide that we don’t see Islam itself as the enemy, and to Muslim Americans that they are just as much part of the American tapestry as any of us.

Kenneth S. Stern is the Executive Director of the Justus & Karin Rosenberg Foundation, and the author of “A Force Upon The Plain: The American Militia Movement and the Politics of Hate.”