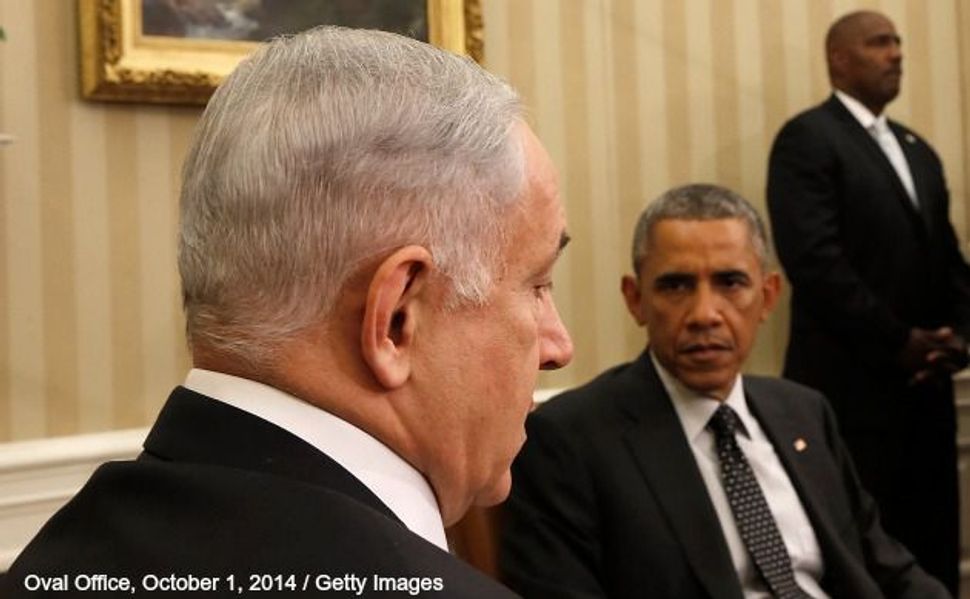 The breach between American Jews and the State of Israel is a major preoccupation of the Jewish chattering classes, although the actual data about this question is less clear. A 2016 Pew study found “a solid majority” of Jewish Americans “say they are either ‘very’ or ‘somewhat’ attached to Israel and that caring about Israel is either “essential” or “important” to what being Jewish means to them.” When I was in Israel last summer, it was apparent that a strong bond still exists between Israel and American Jews, but equally apparent that many of those Jews, particularly those who were younger or more progressive were concerned that this bond is fraying.

Nonetheless, it is apparent something is going on to prompt the discussion about the roots of this alleged disconnect. Some observers blame the strength of global movements that highlight the plight of Palestinians. Others attribute this development to increasing assimilating of American Jews or left-wing anti-Semitism on college campuses. The most obvious and powerful explanation of this is that as the Jewish state lurches to the right, it alienates a sizable number of American Jews, who still gave Hillary Clinton roughly 70 percent of the vote last November.

There is likely some truth to all these explanations, but there’s another consideration worth examining: Could Prime Minister Benjamin Netanyahu deliberately want to alienate American Jews?

Netanyahu, who will soon visit Washington to huddle with Donald Trump, has expressed no genuine concern over this growing rift between the majority of American Jews who support a two-state solution and his conservative pro-settlement government. In fact, he has frequently exacerbated tensions. Consider his appointment of Ron Dermer, who maintains strong ties to conservative American politics going back to the 1990s, as Ambassador to the U.S. in 2013, as well has Netanyahu relatively open support for Mitt Romney, who was not exactly a popular candidate among American Jews, in 2012.

When Netanyahu consistently aligns himself with the Republican congress, and gratuitously attacked President Obama — a man who despite right-wing talking points remains extremely popular with American Jews — and most egregiously embraces a new President whose campaign associated itself with anti-Semites, he sends a clear message that he cares little about the majority of American Jews.

Any Israeli leader, of course, must maintain a good relationship with the American President regardless of party; and few American Jews would fault an Israeli Prime Minister for cozying up to President Trump, the man ultimately responsible for signing fat aid checks. However, Netanyahu’s enthusiastic cheerleading of Trump, during the presidential campaign and during the transition period when the outgoing president still conducts foreign policy, was more than that.

Netanyahu’s motivation is very simple. He needs America’s continued military and economic support, but the idea of getting that aid without any pressure from most American Jews must be appealing. Thus, a close relationship with America that is built around the right-wing minority of American Jews and fundamentalist Christians who drive Middle East policy for the Republican Party is much easier for Netanyahu to maintain than tending to a constituency who views him warily.

Domestic political considerations undoubtedly influence Netanyahu’s decisions. For Netanyahu, creating a rift between Israel and the secularist majority of American Jews is arguably good domestic politics. It strengthens his support among his base as many of them, in my experience, believe that American Jews are weak, soft, and insufficiently concerned about Israel’s security — fully 62 percent of right leaning Israelis, according to Pew believe the “US is not supportive enough of Israel,” while reducing a potentially powerful American Jewish voice for limiting settlements and pushing for a two state solution — policies anathema to the Israeli leader and his supporters. In this regard, Netanyahu is thus being a rational political actor by embracing an approach that may be necessary to stay in power while keeping the voters that matter to him happy.

It should, however, be obvious to anybody, Jew or Gentile, Israeli or American, that while this approach may help Netanyahu stay in power, it is ultimately not good for Israel — or indeed for the Jewish people. When the Israeli Prime Minister serves as a cheerleader for an American President who many American Jews view as an anti-Semite, it sends a clear message that the Israeli leadership does not care about American Jews who are not on the right. Those Jews in turn, particularly younger ones, will naturally begin to question why they should continue to care about Israel. This will inevitably ultimately undermine bipartisan support for Israel, something that has long served the Jewish state well.

Lincoln Mitchell is a specialist in political development based in New York City and San Francisco. He is the author of The Democracy Promotion Paradox.