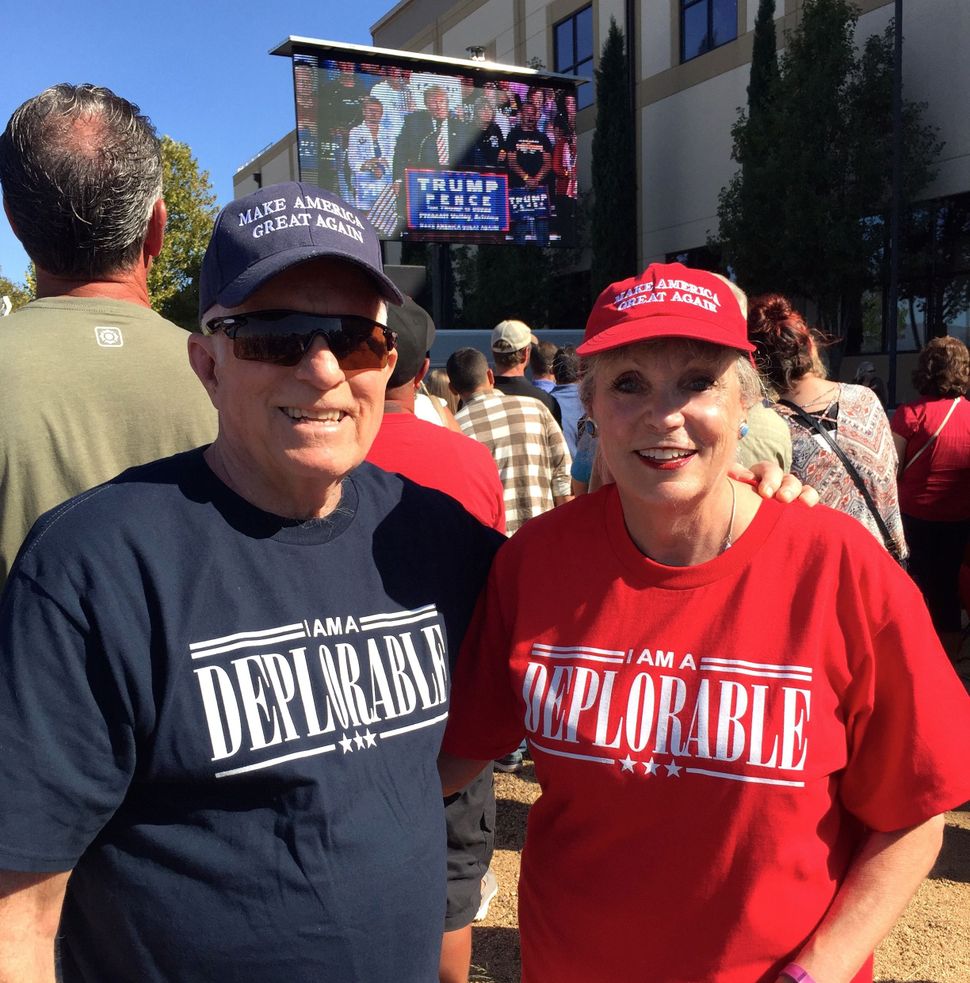 Starnes connects being a worthwhile deplorable with traits he also associates with the duties of citizenship:

To this Starnes adds marching orders:

In other words, make yourself an upstanding participant in your society and community even as others are ridiculing and diminishing you.

But the sting of being shouted down as subhuman is not unique to a particular religion or political party. Certainly as a Jew born in the 20th century the notion of being dehumanized and threatened based on a rigid self-serving philosophy is something that resonates with me deeply.

It all begins with the abrogation of free speech; falsely defining it as the freedom of only your views being heard. Absent is true dialogue; replaced by open ridicule. The Nazis branded their disabled victims as “useless eaters.” Starnes responds defiantly to the demeaning deplorable branding with concrete plans for participation.

Starnes also provides a moral code for deplorables to live by, a way to overcome the marginalizing of others. “You don’t have to kowtow to the so-called arbiters of public morality,” he writes. “Don’t bend the knee to these people anymore. If someone as brash and occasionally offensive as Donald J. Trump could win the White House, surely you can speak up in your house, your neighborhood, your school system, your city. Remember, the country can’t be saved by one man on Pennsylvania Avenue. It takes all of us rowing in the same direction.”

Starnes provides the rallying cry and organizational tools for Deplorables. And when I think of Deplorables I of course mean not just Christians, not just vilified Trump supporters, but all of us who at one time or another have been diminished or marginalized for our views. Who doesn’t relate to a mean putdown or mischaracterization based on a preconceived notion or negative generalization. We are all of us Jews, all of us Deplorables, all of us humble before the eyes of God.

What we can do about it is bond together, rise up and cast our vote, rejoice in our otherness and our freedom in unexpected ways. Starnes, for instance, celebrates the presence of Chick-fil-A in New York City despite a call for a ban on the chain chicken joint by Mayor de Blasio (who Starnes says “eats pizza with a fork”). Starnes proposes Chick-Fil-A be the official Deplorable poultry, steeped in corporate values and the Christian faith of its founder. I would of course prefer kosher chicken as my official food, maybe Empire or Schnitzel Express.

Beyond eating chicken, argues for a populist community and religion-based uprising to resist government oppression. It is not the first time such a call is being made and it won’t be the last. But it is a refreshing reminder of what every doctor knows – that our bones and arteries and even our hearts and brains all look the same under the microscope, no matter what our critics suppose.

Marc Siegel MD is an internist in New York. His most recent book is “The Inner Pulse; Unlocking the Secret Code of Sickness and Health.”