Be Careful How You Offer Sanctuary 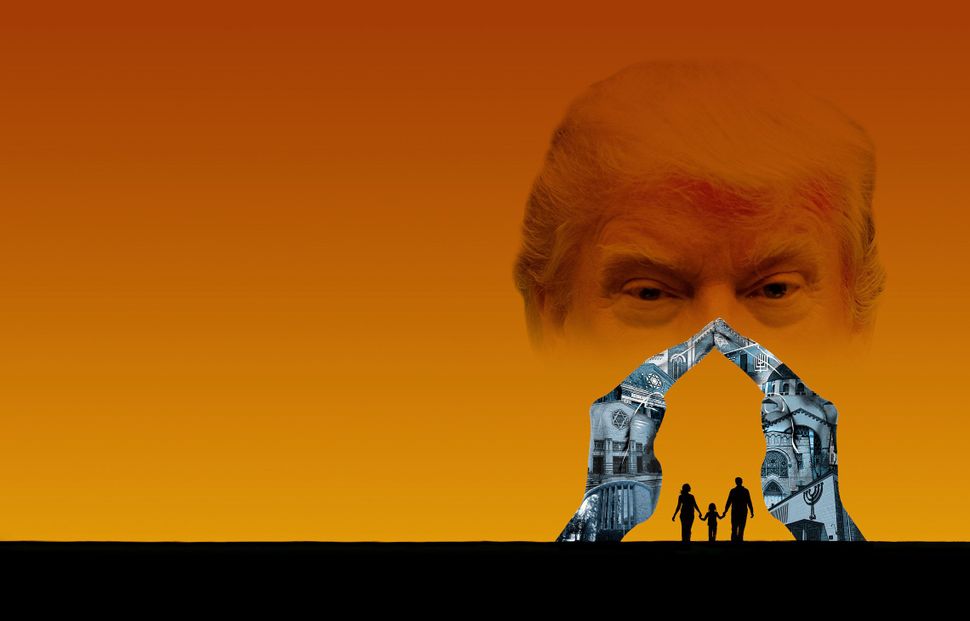 The house that stood on the land where my childhood synagogue would later stand was once a stop for slaves heading to freedom on the Underground Railroad. That synagogue, where I went regularly to worship and study in my formative years, once served as a secret storage point for arms bound for Israel during its war of independence.

I was raised to take pride in these historical connections — proud of the way sacred ground was used to further the cause of abolition and Israel’s independence, a symbolic fusion of faith and social justice. The fact that both of these actions were illegal at the time only added to their allure when I was growing up, creating an example of civil disobedience that seemed significant, righteous and, to be honest, kind of thrilling.

The nascent movement of churches, mosques and synagogues to become sanctuaries, to aid and house undocumented immigrants, is a contemporary iteration of this same impulse — at least that’s the way its proponents frame it, citing biblical verses and modern imperatives to justify behavior that skirts or sometimes flouts the law. The Sanctuary Movement says that its 700 faith communities are “doing what Congress and the Administration refuse to do: protect and stand with immigrants facing deportation.”

This movement began during Barack Obama’s presidency, spurred on as the rate of deportations increased in his second term. It has defiantly expanded in the face of President Trump’s policies, and will surely grow more with the new directives from the U.S. Department of Homeland Security to aggressively find, arrest and deport those in the country illegally.

The number of synagogues involved in the sanctuary movement so far is tiny, and none is currently housing an immigrant, but you can easily imagine more signing on, attracted to the concrete opportunity to provide humanitarian care and make a political statement simultaneously.

Then why do I view it with such unease?

It’s not because of what “sanctuary” tries to do — there is a long and powerful tradition of biblical teachings exhorting us as Jews to remember the stranger, to care for the vulnerable, to bestow forgiveness and compassion on those who may have erred for a good reason. Many Jewish congregations that are so tilted inward or obsessed only with defending Israel don’t do enough of that, in my opinion.

No, I think it’s because of what sanctuary represents — a further politicization of religious life. While I appreciate and even admire the moral compulsion of synagogues willing to go so far as to break the law in this particular case, what about others? What about the houses of worship that have politics I don’t agree with — the ones that exhibit an equal moral passion to, in their words, protect the unborn? Or resist accommodating trans people? Or same-sex marriage?

When their resistance pushes the boundary of the law and goes so far as to step over it, liberals are quick to censure those actions. For an example, look at the outcry over Donald Trump’s vow, first as a candidate and now as president, to repeal the Johnson Amendment on the grounds that it stifles the free speech of clergy and their congregations.

I think repealing the amendment is a terrible idea; the restrictions on outright endorsement of a candidate are a fair and necessary tradeoff for the tax exemption and other privileges that religious not-for-profits enjoy. But I acknowledge, deep inside, that my objections are bolstered by the fact that it is mostly right-wing Christian evangelicals who want to do away with it.

If I don’t want their churches politicized, what about our synagogues? There is a thin line between aiding immigrants in dire need and defying not-for-profit status and breaking the law. Some sanctuary synagogues are careful to respect that line — to give legal help but not to house a fugitive, for instance. But even if not illegal, the work is making a political statement on behalf of an entire religious institution.

I would feel more comfortable about the sanctuary movement if it had a specific policy aim. The vast network of the Underground Railroad not only saved lives from slavery, but also loosened the foundations of an inhumane system. The illegal gunrunning on behalf of Israeli independence led to the first independent Jewish state in millennia.

The policy aims of sanctuary are more diffuse. If the movement could effectively persuade Congress to take up immigration reform, which it has stubbornly, unconscionably refused to do, then I see the justification. Sadly, though, that is even more unlikely in today’s political climate, and resistance from a few renegade churches and synagogues may only alienate those reasonable Americans who don’t hate all immigrants but do think it’s wrong to be in this country illegally.

Maybe offering shelter from the law for a desperate person is justification enough. Perhaps that is what’s necessary, given the times we live in, when our democratic institutions are imperiled and the harshest interpretation of law is being used as a cudgel against only certain classes of people. Perhaps the time to hide behind neutrality is over.

But before going there, consider the consequences. Religion has flourished in America because it is independent from the state, and able to serve as a prophetic voice against government corruption and cruelty. That standing comes from respecting the law and working within the system. If the good guys step away from that compact, the bad guys will surely follow.

Be Careful How You Offer Sanctuary