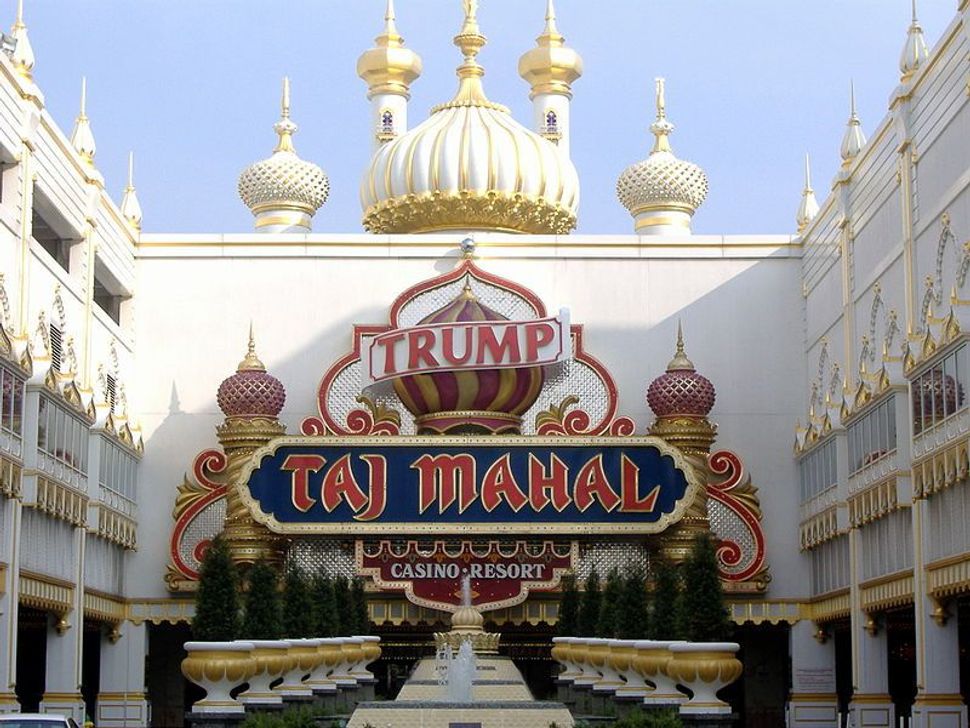 In Exodus 35:4, Moses informs the Israelites that God has commanded them to give of their own possessions to build and decorate the tabernacle. That’s a commandment – not a suggested donation. The artisans Bezalel and Oholiab are commissioned to create the decorations, costumes and other materials from supplies provided by the people. And the Torah goes into great, even excruciating detail about the goat hair and acacia wood, incense and candelabra.

In the context of the Trump administration’s $1.1 trillion budget, which boosts military spending by $58 billion, without any fact-based rationale for why, the piddling $148 million for the National Endowment for the Arts is a footnote. It’s far less than the first family’s annual travel budget. As Will allows, there are far more important battles to be fought.

But the NEA is a symbol of what kind of nation we are to be – as Will’s column itself exemplifies.

“Distilled to its essence,” Will writes, “the argument for the NEA is: Art is a Good Thing, therefore a government subsidy for it is a Good Deed. To appreciate the non sequitur, substitute ‘macaroni and cheese’ for ‘art.’”

Wrong, wrong, wrong. That’s not the argument for the NEA. Actually, the argument, per the NEA’s website, is that the agency “funds, promotes, and strengthens the creative capacity of our communities.” As countless studies – none of which Will bothers to cite, acknowledge or refute – have shown, investments in the arts produce a remarkably high return on investment. Arts education boosts overall academic performance. Arts programs keep at-risk kids off the streets. And arts grants, which are spread throughout every state, serve as an economic stimulus, like bridges, roads or bombers.

If we leave arts funding to rich people like George Will and Donald Trump, the Metropolitan Opera will do fine, but the community garden project in Buffalo, New York, recently funded by the NEA, probably will not. Sure, philanthropy will fill in some gaps. But dollar for dollar, this is some of the smartest money the federal government spends.

The reason art is funded is not that it’s a good thing. It’s funded because it’s good for the community, good for society and good for civilization.

And it’s funded publicly because public art projects like the Tabernacle of the Israelites say what our civilization stands for.

Contrast the Tabernacle, and later the Temple, with the idolatrous monuments of Egypt. Our ancestors were enslaved to build gigantic, Trump-like monuments to vanity. While our slave forbears starved, Egyptian royalty was worshipped, deified and kept in the heights of decadent luxury.

In Jerusalem, as in European cathedral cities and many American towns, the most prominent edifice, a giant work of publicly funded art, is God’s house, not man’s. These communal structures convey that humanity is more than just a dog-eat-dog competition for who has the biggest cave in the neighborhood. Indeed, if we’ve reached the point where a public intellectual like Will really believes there’s no difference between public art and macaroni, that just proves why our society needs art more than ever.

I don’t want to whitewash the past. The priestly elite in Jerusalem was often corrupt, and often oppressed those who practiced religious rites they sought to eradicate. Likewise the Catholic Church. Likewise some of those idyllic American towns.

And for that matter, I’m sure that the NEA doles out some dumb art grants. Yet even the lesser grants are part of the overall statement the NEA makes: that we are a great nation, that art is part of being a great nation.

The alternative is idolatry: making a deity out of the self, and making a virtue of selfishness, as Ayn Rand wrote. A collective that stands for nothing other than the disparate desires of its constituents. No value higher than Me.

The fact is, if you look around, we look less like Jerusalem and more like Ancient Egypt. Many of our most prominent buildings are gaudy cathedrals of capitalism and tacky McMansions (or Mar-a-Lagos) to flaunt their owners’ wealth and egos. As our society concentrates ever more wealth in a small oligarchy, we are becoming a nation of narcissistic idolaters.

Is it really true that a tax cut for the wealthiest 0.1% reflects our values better than allocating a sliver of the federal budget to investments in the arts? Is that really who we are? Are we, in fact, a nation of the 1% who have over half the resources, and whose philanthropic whims determine – along with so much else – who can make art and who can experience it?

Never mind the public good that comes from accessible health care, equal rights or pollution laws. Just leave me alone, conservatives moan, and keep away from my hard-earned (or easily inherited) savings. If it were up to people like George Will and Donald Trump, the Israelites would have no Tabernacle unless a rich person wanted to pay for it and put his name on the lintel. Jerusalem would be remembered not for the Temple, but for a few ruined encampments where the richest once paid homage to themselves.