What Do Doctors Really Think About 30 Hour Shifts? 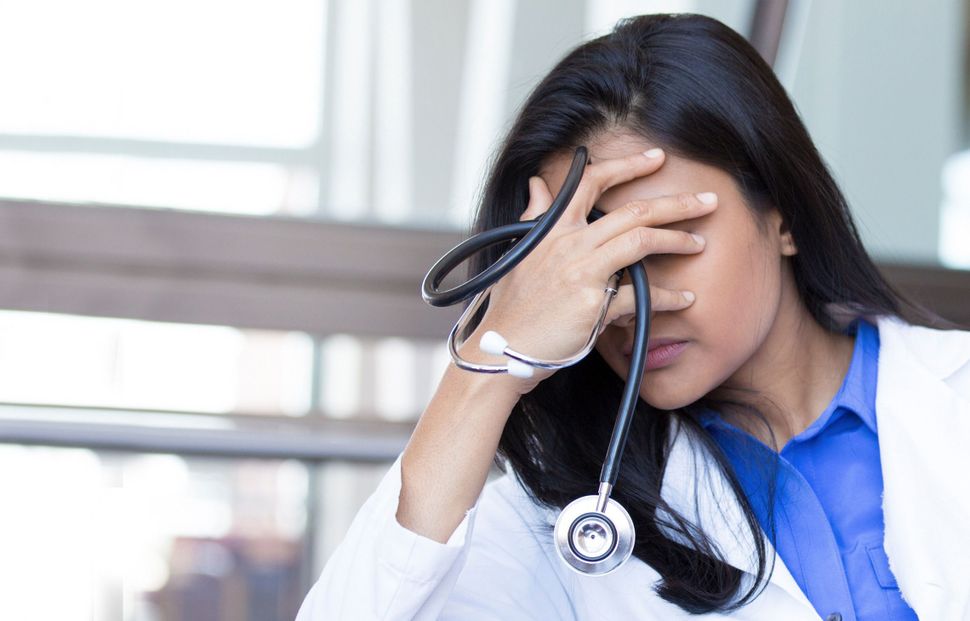 After 30 years of progressively tighter restrictions on work hours for medical interns, the first-year trainees who do much of the hands-on work with patients, the Accreditation Council for Graduate Medical Education (ACGME), has announced a policy change. As of July, it will permit 28-hour shifts: 24 hours of patient care and four hours for handoffs, where trainees going off duty update colleagues. The regulation of duty hours began in the 1980s, after the death in hospital of Libby Zion, whose father, journalist Sidney Zion, discovered that his daughter had been cared for, perhaps negligently, by trainees working 36-hour shifts. By 2001, the ACGME had capped patient-care weeks for residents to 80 hours, and by 2011, the organization capped intern shifts at 16 hours.

Peter D. Kramer is a psychiatrist and author of several books, including “Listening To Prozac” and, most recently, “Ordinarily Well: The Case for Antidepressants.” During his internship, at the University of Wisconsin Hospitals in Madison, 36-hour shifts and 90 or even 100-hour workweeks were common. His daughter, S.E. Kramer, recently left magazine editing to attend medical school. She now serves as an intern in Family Medicine at the University of Washington Medical Center in Seattle, one of a handful of programs that operates under a partial waiver, allowing for some 30-hour shifts, as part of an effort to study the effects of different scheduling models. Father and daughter caught up with each other at the end of one of those long shifts.

PDK: I saw on Facebook that you linked to an article about the new rule and added the title, “2017: The Year that Killed Progress.” Doctors from my generation tend to think, yes, the hours are long, but you really get to know your patients. One of the Council’s justifications for lengthening duty shifts is continuity of care — longer work stints means fewer handoffs. You’ve been working at the hospital for the better part of eight days now. Have you served your patients well?

SEK: I should note that when I jokingly referred to “the year that killed progress,” I was relating the backslide (as I see it) on the resident-duty-hour front to the more serious losses we will see in our society under the new Republican-led government. Americans will suffer more from a lack of access to health care than they will from errors caused by tired interns at teaching hospitals.

The handoffs I do when I am operating on two hours of sleep — interrupted by pages — are faultier than ones at the end of a “regular” 13-hour day. I can make the comparison, since I rotate through programs operating under the 16-hour limitations.

Frankly, what schedulers want is night coverage. On 24-hour shifts, residents may work 12 hours in an outpatient clinic and then 12 hours in-hospital, on night call across town. Where’s the continuity? That hospitals argue to preserve 24-hour shifts for patient safety but then use that freedom to arrange this sort of schedule seems disingenuous to me.

PDK: The 16-hour schedule resembles what hospitalists — doctors who specialize in inpatient practice — do now. They work “days” for three weeks and nights for one week. Often contemporary medicine is shift work. The argument that long stints prepare you for your career is pretty much out the window.

I should say that doctors of my generation value the time we got, say, to work up a patient with heart failure and see the episode resolve. But on most shifts I would catch some sleep in the on-call room. Today, hospitalized patients are sicker and lengths of stay are shorter, so at night you have more admissions and more emergencies. You’re sleep-deprived regularly. What do you think of the evidence that the ACGME cites, showing that working 28 hours is no more dangerous than working 16?

SEK: If you look at the study, the patient outcome it measured was deaths. Interns are supervised closely enough, and there are enough safety mechanisms in place to make it difficult to show a difference in patient deaths even if we worked round the clock endlessly. Smaller studies have considered different endpoints — safety while driving home, physician burnout, incidents of sticking yourself with needles, and so on. There are computer algorithms that predict alertness based on different work schedules. The old-fashioned ones, with longer consecutive hours, come in last.

You’ve written about the limits of evidence-based medicine in psychiatry — how experience can be more accurate than second-rate controlled trials. The point applies here, too. Our patients have the common sense not to want doctors to take care of them on one or two hours of sleep. On my most recent shift at the VA, I was in line for coffee behind a veteran who had once worked on a fishing boat off of Alaska. We chatted about the fact that he knows what it’s like to work 30 hours in a row — he bought me a coffee. I think I serve someone like him best when I’m not delirious.

PDK: Toward the end of my first week of internship, a nurse phoned to wake me in the wee hours: “Heart attack in room 103.” She had that cheerful Wisconsin lilt. I snapped, “What are you happy about?” That morning, my chief dressed me down. Neither of us thought to ask whether someone who’s struggling with poor self-control should be administering critical care. It did seem that, as the year progressed, I handled crises more effectively. I don’t know that my brain worked better, but I developed habits — new routines to fall back on — that allowed for better collaboration.

SEK: Were you simply suppressing that first response? In my experience, anything that happens after, say, the first 15 hours on duty, presents more as an inconvenience than a learning opportunity.

PDK: We spoke recently after you’d been awake for 30 hours, and you said you were suffering an “intention tremor.” On a routine test — touch the tip of my index finger with the tip of your index finger — your hand wavered on its way to the target, a sign of malfunction in the cerebellum. Certainly, sleep deprivation had affected other parts of your brain as well, perhaps influencing judgment. I’m sure I was often practicing while impaired. What’s the solution?

SEK: The 2011 rules were a step in the right direction, but they still allowed 24-hour shifts for senior residents. I thought that the 16-hour rule should be extended to seniors as well.

PDK: We haven’t discussed personal circumstances. You’re the mother of young boys. Few of my fellow interns were married. I don’t think any had children — certainly the women didn’t. Today, we ought to want residency schedules that are compatible with family life.

SEK: As more women have entered medicine, and with millennials of both genders caring about work-life balance, emergency medicine, which wasn’t a field when you trained, has become one of the most popular specialties. Emergency medicine doctors trade off continuity of care for shift work. They see patients for a few hours, not for a days-long hospitalization or for years as a primary care doctor. Emergency medicine training programs limit shifts in the emergency room to 12 hours, followed by 12 hours off. I have four days off this month working in an inpatient hospital ward at the VA. When I work in the Emergency Department next month I will have 10 days off.

PDK: It seems wrong that duty-shift standards might cause doctors to bypass specialties they’re otherwise well suited for, especially if the rules are crafted to benefit schedulers more than trainees or patients. In a serious sense, the training system won’t foster continuity of care if it drives well-qualified students from specialties where doctors work with patients over time.

What Do Doctors Really Think About 30 Hour Shifts?