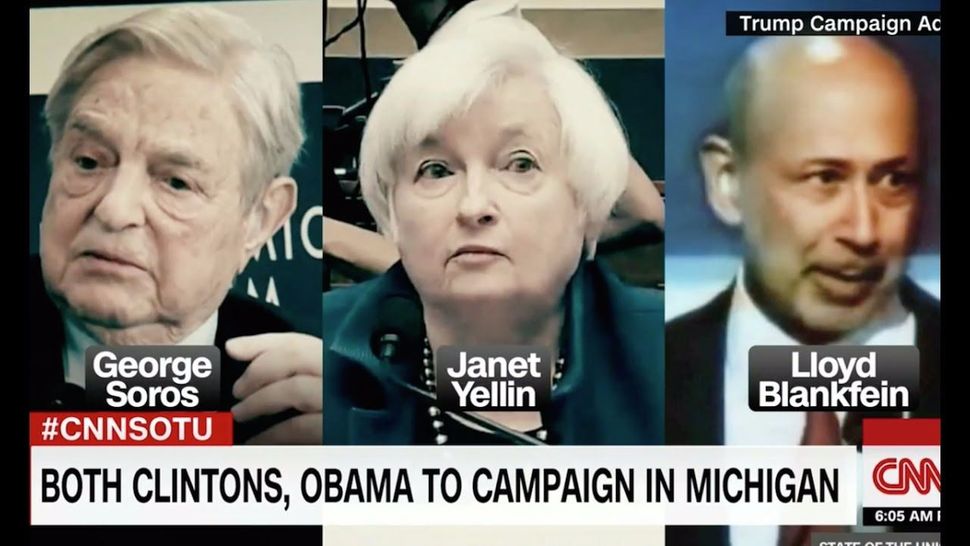 Like other professed conservative writers, Bethany Mandel has joined a campaign to vilify liberals by attacking claims of right-wing anti-Semitism.

At the same time, she excuses the anti-Semitic sentiment fomented by Trump’s thinly veiled attacks against an “international elite” undermining American values and interests. The crudest example was his final presidential campaign commercial singling out specific “villains,” who “coincidentally” are all Jews.

Somehow Mandel also managed to overlook a major ADL report condemning the anti-Jewish mentality that has overtaken so much organized criticism of Israel on college campuses. The report singled out JVP as a major front organization that is really a leading anti-Israel group.

Going forward, the Forward itself should include a standard paragraph in its reporting on anti-Semitism, including a link to Trump’s infamous commercial, which portrayed Jewish investor George Soros, Federal Reserve head Janet Yellen and Goldman Sachs CEO Lloyd Blankfein at the center of the international conspiracy of anti-American cabal.

At the same time, the publication should run a similar link pointing out JVF’s indifference to Israel’s continued existence. As stated on its website, the group says, “We support any solution that is consistent with the full rights of both Palestinians and Israeli Jews, whether one binational state, two states, or some other solution.”