As the Senate debates its bipartisan energy bill, it is obvious that nuclear power is slated to make a comeback in America. The bill includes an extension to 2025 of the Price Anderson liability protection law, which caps the damages for which the nuclear industry can be held liable in the event of a catastrophe such as a core meltdown.

This is the key economic stepping stone to the nuclear revival that the Bush administration has been advocating with a marketing campaign that portrays nuclear power as “green.” To hear Washington tell it, nuclear power should be an energy of choice because it generates none of the greenhouse gases that are driving global warming, it improves national security by lessening our dependence on Mideastern oil, and it’s good for the economy because it will generate jobs and cheap power.

Each of these assertions is debatable, but such debates are actually mooted by the one overriding fact about nuclear power that should make it unacceptable: Nuclear fission generates radioactive wastes, including plutonium, which persists as a deadly poison in the environment for tens of thousands of years. Given these lengths of time, it is simply arrogant for scientists to promise a foolproof waste disposal system unless that system can be absolutely independent of human monitoring and governance for all time.

God only knows what can happen politically, economically and even climatically over the course of plutonium’s 25,000-year half-life. Yet without such a foolproof disposal system, splitting atoms to generate electricity is like flushing a toilet that has no septic system — only a drainage pipe that spills into the nursery.

More than 20 years ago, during the massive protests and civil disobedience campaigns against nuclear power in the United States, the Jewish community was unable to coalesce around a “no nukes” position because of a version of the national security argument that linked Israel’s security to America’s energy independence from the Arab world. The same argument seems to be compelling silence within Jewish organizations today.

There is not a single mainstream Jewish organization — not even among Jewish organizations dedicated to environmental guardianship — willing to take a firm anti-nuclear stand. The Jewish community is thus sacrificing its religious values to the gods of realpolitik, and may be subverting its capacity to be a source of religious and moral authority on environmental issues for years to come.

Judaism, after all, bids us to build “a fence around the Torah” — to err on the side of caution when it comes to protecting life, limb and spiritual wholeness. This mitzvah has mostly been applied by observant Jews to matters of personal and ritual conduct.

Its origin, however, is in talmudic stories about physical safety, and its potency in application to environmental problems and new technologies should not be buried at Yucca Mountain, Nev. Neither should such classic Jewish values as protection of our own bodies and the commandment to protect life at nearly any cost be sacrificed in order to minimally ease Israel’s security.

In fact, the past two decades have shown that nuclear power, as a crucial component of nuclear weapons proliferation, represents a far more potent security risk for Israel — and for the United States — than the OPEC nations could ever hope to mount through oil-supply manipulations. Rabbi Alexander Schindler, then-president of the Reform movement’s Union of American Hebrew Congregations, presciently warned in 1991 that “the spur to nuclear proliferation that nuclear power provides makes it a kind of golem run amok…. To entertain such a technology as viable, whether for economic or political reasons, is an arrogant blunder.” Why, then, do Jewish policymakers remain mired in the thinking of the 1980s, when the hideousness of nuclear power was obscured by the nightmarish image of an Israel held hostage to Arab oil?

The Torah extends God’s curses to the fourth generation while blessings reach to the thousandth (Deuteronomy 5: 9-10). For short-term interests — and without even first pursuing strict energy conservation policies that might obviate the need for nuclear power altogether — the Bush administraton is seeking to reverse the pattern, extending an energy blessing to the fourth generation and a radioactive curse to the thousandth.

Jewish environmental teachings stand in opposition to this reversal and command us to be the stewards of all creation — not only of our own backyards or of our own generation. Where are the Jewish leaders willing to proclaim and uphold these teachings?

Lawrence Bush is editor of Jewish Currents, a bimonthly magazine. 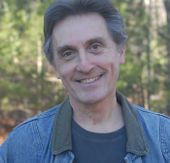