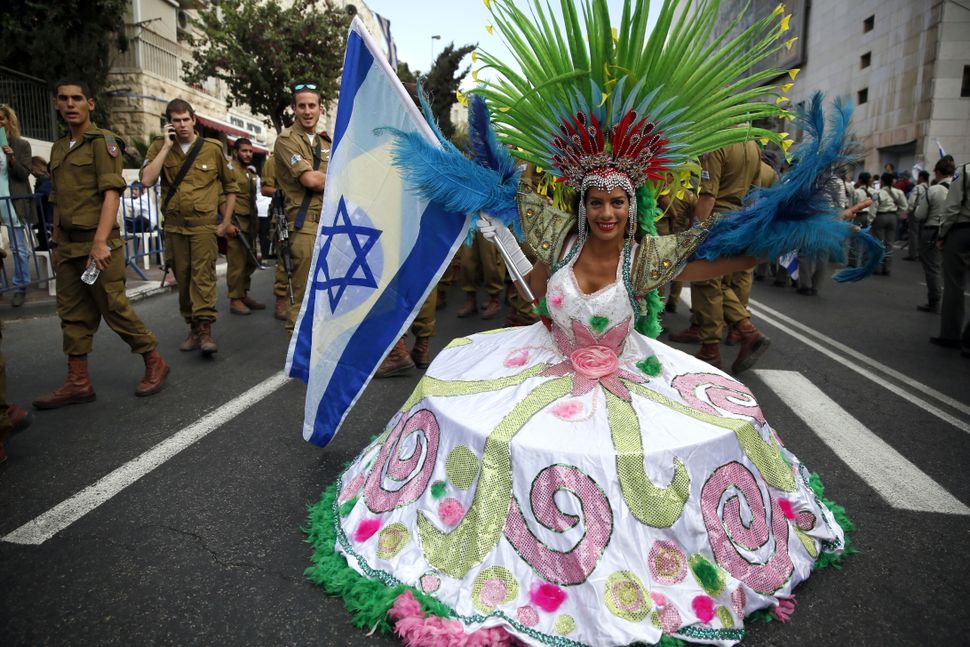 I am an immigrant. In fact, if you consider that adjusting to new habits, embracing new cultures, learning new languages, and adapting to different ways of life are all part of the immigration experience, I have emigrated three times. I have lived in four countries on four continents — Egypt, Brazil, France, and the United States — where I spoke four different languages: Arabic, Portuguese, French, and English. With each move, not only did I grow as a person, I also worked extremely hard to excel at every job I held, helping the people I worked with prosper. My family became active participants in each community I joined.

In 1957, one month short of our first wedding anniversary, my wife, Etty, and I fled our homeland of Egypt. At the time, persecution and violence against Jews and “foreigners” had reached life-threatening proportions. The government considered anyone whose ethnic roots were in Europe, Asia, or anywhere other than Egypt — especially Jews — to be foreign, even though they might have been Egyptian by birth.

Justifiably, the young officers of the Egyptian army, who ruled the country at that time, after having rid it of King Farouk and his long reign of mismanagement and abuse of power, wanted to govern without interference from other nations. However, as is the case in many revolutions, Egypt’s new president, Gamal Abdel Nasser, whose power and popularity had surged after he emerged victorious following the Suez crisis, decided to implement drastic measures to “cleanse” Egypt.

For many years Jews and so-called foreigners formed the pillars of Egypt’s economy and culture. With their exodus, Egypt faced a void of talent that has yet to be replaced. Jews, Greeks, Italians, French, and Armenians, among others, decided to leave Egypt, because of the increasing persecution and lack of job opportunities. By throwing them out, Nasser irrevocably harmed Egypt.

The army could have implemented its changes gradually. It could have provided more job opportunities, better education, and more favorable financial conditions to its people in a stable environment rather then depriving the country of its economic and cultural foundation in such a hasty and brutal manner. The cleansing killed the goose that laid the golden egg. Within a short time, Egypt ceased to be the diverse cosmopolitan international destination it used to be. It also ceased to be prosperous.

Our experience in Egypt stands in stark contrast to the welcome Etty and I received upon immigrating to Brazil, a country that accepted and encouraged the immigration of Egyptians, regardless of their race or religion. Brazil opened its doors to us and encouraged us to make the country our home. The embassy gave us reading material about Brazil so we could be prepared. The government collaborated with the Hebrew Immigrant Aid Society to assist the Jews who decided to adopt Brazil as their new country.

This openness was good not only for Egyptian Jews but also for Brazil. Most if not all Egyptian immigrants were successful in finding good jobs or starting their own businesses there. I know, based on my own experience, that CEOs of large American corporations with operations in Brazil, such as Ford and General Motors, were so satisfied with their Egyptian employees that they asked one other during their country-club golf games if they knew of any Egyptians who were looking for jobs.

Etty and I and other immigrants quickly assimilated into Brazilian culture. We adopted our neighbors’ colloquial expressions and their habits; we learned to dance the samba and enjoyed the carnival festivities. We cheered Pelé and rooted for the Brazilian team that won the World Cup in Sweden in 1958. We became Brazilians. But we did not change our Jewish traditions. Like most Egyptian Jews, we kept our faith and observed our religious holidays without fear of persecution.

At the end of World War I, there were just seven thousand Jews in Brazil. Today, the Jewish Confederation of Brazil estimates that there are more than 120,000 Jews in the country. Brazil ranks ninth in Jewish population worldwide. Brazilian Jews play an active role in politics, academia, sports, trade and industry.

Many other countries have successfully absorbed waves of immigrants fleeing persecution abroad. Ideally, these immigrants participate in their new culture and integrate into the majority population. They come with determination to succeed. They work hard and contribute to their new country’s success. They don’t come with ill intentions.

Unfortunately, immigration has become a contentious issue in the developed world, particularly in the United States. I don’t pretend to fully understand it, much less offer any comprehensive suggestions to ease the tension and address the concerns that divide many nations politically. However, it seems to me that it would certainly help if religious leaders all over the world could form a kind of a United Nations of Faith, an organization that condemns hatred and violence. Let’s forbid ethnic persecution. Let’s declare these actions anti-religion—every religion. Hatred has no place in faith, nor should it be taught in schools or fomented at sacred sites. Religions should spread and promote love and sympathy.