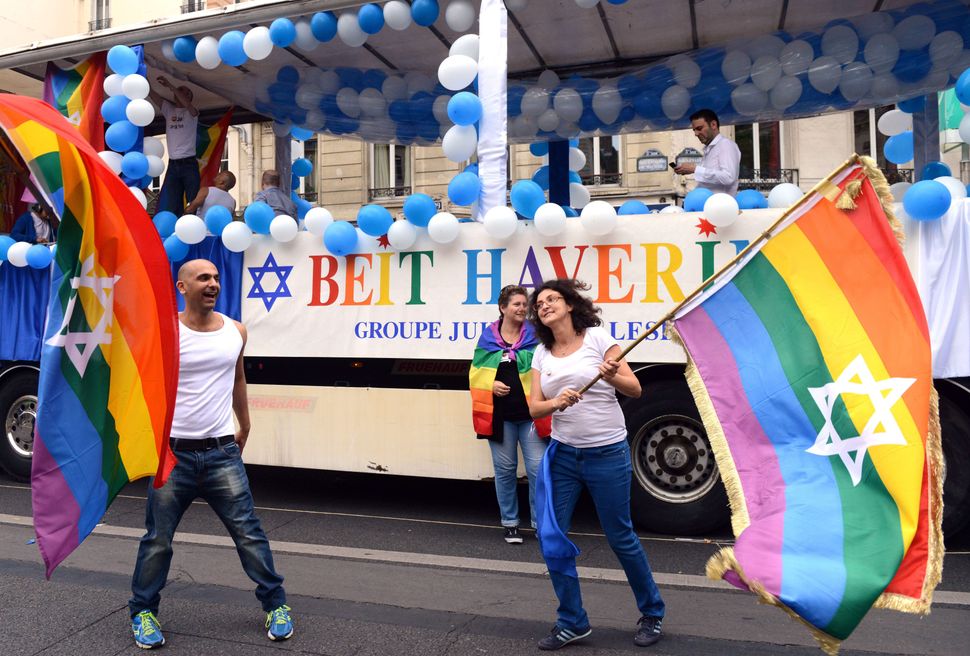 “Homosexuality, Human Dignity and Halakhah” was approved by the Rabbinical Assembly’s Committee on Jewish Law and Standards (CJLS) on December 6, 2006, representing a watershed moment for the Conservative Movement. Rigorous scholarship, moral clarity and rabbinic courage provided a compassionate religious response to a complex matter, epitomizing the ethical and redemptive power of halakhah. However, despite wide recognition, its finer details are often ignored or misunderstood, posing ongoing challenges for the lives it impacts, especially gay men and bisexuals.

The authors surely never intended for their teshuvah (rabbinic response) to have the last word on sexuality and halakhah. Indeed, over the last decade the growing transgender community has raised complex yet meaningful questions about ritual and identity, highlighting how the increasing fluidity of sexual and gender norms remains a pressing subject for rabbinic scholars.

Jewish legal analyses find precedents compelling when they align with the question at hand and provide halakhic continuity. The authors felt these didn’t; some may assess them differently. Still for others, as critical as that technical alignment is the very precedent of ancient rabbis opening their eyes and hearts to the moral urgencies of their time and using their halakhic tools to shape and heal the world. The Torah itself acknowledges its limited ability to address every application of its ideals and entrusts the leaders of each generation to do so on its behalf. Aligning ourselves with precedents of rabbinic courage and creativity within a given halakhic realm can sometimes provide the most sacred continuity of all.

What about the biblical admonition not to place a stumbling block before the blind? Allowing some forms of sexual expression between men while banning another seems naïve, and inconsistent with Jewish sexual ethics. Aside from coercive or abusive sex, our tradition allows full sexual expression between committed partners. There’s anecdotal evidence that some observant gay couples restrict their sexual activity, but it’s a questionable expectation, and a lingering, perilous clause in a far-reaching teshuvah. While it’s tempting to draw an analogy to the laws of family purity which restrict heterosexual intercourse during menstruation, a temporary restraint isn’t comparable to a permanent ban. Turning a blind eye doesn’t resolve the matter either.

A survey following the release of the teshuvah revealed that an overwhelming number of Conservative clergy, lay leaders and members supported validating gay and lesbian sexuality. If it wasn’t members of the Conservative Movement to whom the authors turned to gauge the community’s feelings, then to whom did they turn? While I understand that the authors sought solutions that would resonate with the largest swath of observant gay Jews, and while I, too, hope to see the scholarship of the CJLS enjoy broad Jewish recognition, our primary accountability is to those who most closely share our religious values and ethics. Were the survey repeated today, the increased acceptance of LGBTQ sexuality over the last decade both within and beyond the Jewish world would yield even more support for a takkanah to grant gay men full, rather than partial, sexual expression.

The least talked-about aspect of the teshuvah is its limited scope. It states bluntly, “heterosexuality remains the halakhic ideal.” Bisexuals are instructed to choose a partner of the opposite sex, even at the cost of diminished sexual satisfaction which the authors contend is a common consequence of marital fidelity.

LGBTQ statistics are imprecise. Still, it seems about 2%-4% of men and 1%-2% of women identify exclusively homosexual, while more (and increasing) numbers identify along the sexuality spectrum, and increasing numbers of straight people report having same-sex sexual contact. The halakhic acceptance offered by this teshuvah extends to a small percentage of gay Jews while the majority remain excluded as they’re not exclusively gay.

The teshuvah responds only to those who have no choice, bestowing dignity upon those who cannot but be who they are. Because the perception is that bisexuals have a choice of sexual expression, that choice must conform to heterosexual norms.

Understandably, freedom to choose is a challenging concept for a binary halakhic system designed to dictate what’s permitted and forbidden. However, it’s facile to suggest that sexual choices bisexuals make are as interchangeable, and pliable, as what people choose to eat.

The authors acknowledge that sexual identities don’t divide neatly into clear and consistent categories, that sexual orientation itself isn’t a choice, that sexual attraction and falling in love are likely beyond an individual’s conscious control. Research demonstrates that choice of sexual partner is based on more than physical attraction. Emotional and psycho-spiritual connection are increasingly recognized as powerful variables in the pull towards sexual partners. People fall in love with people, not with a particular gender or even with a particular anatomy.

Working as it does within the realities of our world and adhering to the Torah’s claim that the commandments are to live by, not suffer by, the halakhic embrace of bisexuality isn’t only a matter of respect or compassion, it’s one of responsibility.

Bisexuals committed to living a Torah life but who remain beyond the embrace of this teshuvah find its conclusions deeply painful. If, as the authors teach, sexuality is a natural and healthy part of human physical, social and spiritual identity (after all, “God intended that we express ourselves sexually”), our tradition should be able to recognize those who discover their fullest expression in same sex relationships.

To demur here is to abandon the rabbinic initiative used, for example, to sanctify the love between a kohen and a convert, also biblically prohibited. If rabbinic scholarship interpreted the Torah’s aversion to such a sexual partnership within the culturally conditioned bias against converts who were assumed to hail from morally dubious pasts, we might interpret the Torah’s aversion to same-sex love within a similar cultural bias and thereby remove barriers to those who find their truest self in either a heterosexual or homosexual relationship.

Today, identity in all realms — cultural, religious, ethnic, racial, and, of course, gender and sexual identity — is no longer binary but increasingly fluid. Heterosexual/homosexual no longer captures the identity spectrum within which people try to build healthy and dignified sexual and emotional bonds with others. Halakhah can and must develop a language to speak with relevance to the reality of sexual fluidity and hybridity and the sexually diverse Jewish families living in our complex world.

Also troubling is that the teshuvah’s implementation at JTS doesn’t maintain the very halakhic categories it advocates. Rabbinical school admissions interviews don’t inquire whether an applicant is exclusively homosexual or bisexual before determining their halakhic status and eligibility. Shouldn’t they? Memories abound of women coming to daven at JTS and being queried as to whether they’ve taken upon themselves the chiyuv/obligation to daven three times a day before being counted in the minyan. It was only a matter of time before Ramah camps, Schechter schools and JTS itself recognized the untenable burden such classifications unleashed upon the community and the individuals involved. Rather than ignore the then reigning teshuvah, a revised halakhic framework for egalitarianism was adopted. Seemingly, JTS recognizes this teshuvah’s classifications as similarly untenable. New scholarship encompassing the LGBTQ community is required.

Years ago JTS declared that it doesn’t discriminate based on sexual orientation in any regard, and that all LGBTQ Jews are welcome into its rabbinical and cantorial schools. Many ask me why I bother to point out these details rather than rest thankful that a door opened in 2006 and growing social acceptance has pushed it open wider since. Such questions fail to honor the yearning of bisexuals to live openly and honestly in the presence of both community and the Kadosh Baruch Hu, and not least, when facing the one staring back from the mirror.

Spiritual and halakhic acceptance isn’t something to snatch underhandedly, or to be offhandedly granted in a broad policy sweep. It’s something to be articulated with clarity and pride. “Gadol k’vod habriyot”, our authors have taught. Great is human dignity. It’s time to accord full religious respect to bisexuals and gay men.

Correction: Due to an editing error, the Hebrew word “teshuvah” was translated as repentance rather than rabbinical response in a previous version of the article.