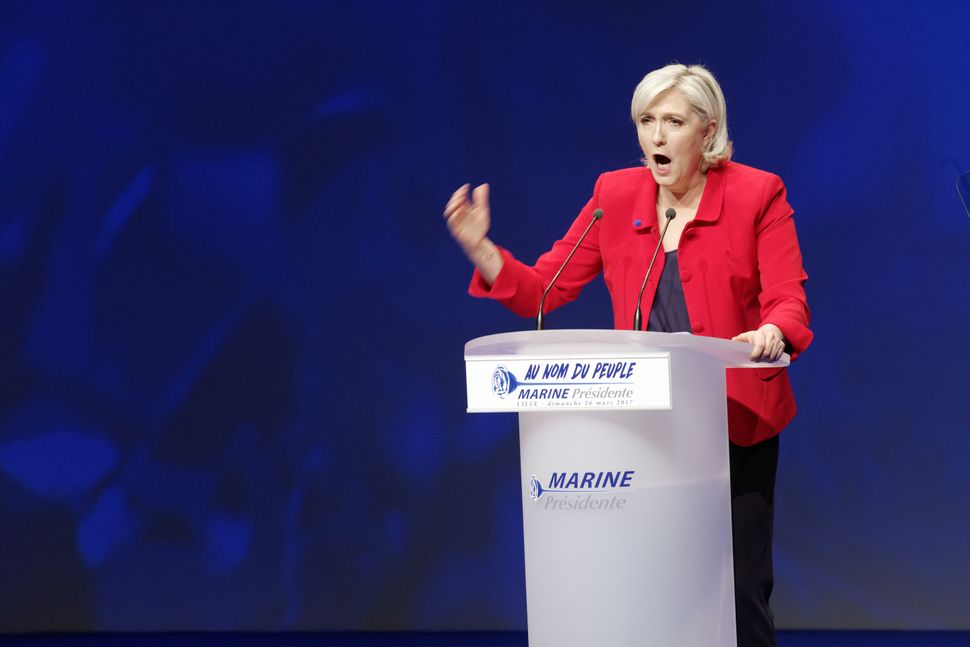 On July 16-17, 1942, some 9,000 French police rounded up and arrested 13,000 French Jews, the majority of them women and children. Held briefly in inhumane conditions at the Vélodrome d’Hiver stadium, these Jews would soon be deported East, most never to return. French police acted under the supervision not of the Nazis, but of the wartime Vichy regime — the authoritarian, anti-Semitic French government of Marshal Philippe Pétain that eagerly collaborated with German occupying forces.

Earlier this month, far right presidential candidate Marine Le Pen of the National Front insisted in a television interview that the responsibility for the “Vel d’Hiv roundup” lay with “those in power at the time,” but that “that was not France”; the country, she argued, bore no collective culpability. With this statement, Le Pen not only defied 40 years of scholarly consensus, she also opposed the position of every French president since 1995, when in a watershed speech, Jacques Chirac acknowledged France’s responsibility for its active role in the Vel d’Hiv roundup and the Holocaust more broadly.

Le Pen’s statement puzzled many observers. For years, the right-wing politician has endeavored to expunge the stain of her father Jean Marie Le Pen’s fervent anti-Semitism that continues cling to the National Front. Suddenly, only weeks before the first round of voting in the presidential election, she had provided new ammunition to critics who claim that she is simply a wolf in sheep’s clothing. Yet Le Pen’s rewriting of history was carefully calculated to both secure and expand her base of support.

When Le Pen tried to separate the crimes of the Vichy regime from France, she joined several longer-running public conversations about the country’s history.

First, Le Pen couched her remarks as a matter of resisting what she deems the constant French urge in recent years to be self-critical and repentant and to teach French children almost exclusively about “the darkest hours” of the country’s past (especially World War II and colonialism). The National Front has long blamed this tendency for France’s decline in national pride.

Secondly, Le Pen reminded far right voters of her party’s longstanding insistence that France was not responsible for the crimes of the Holocaust. Even her father’s grotesque, repeated statements about the gas chambers as a mere “detail” of history seem compatible with her effort to minimize the importance of the Holocaust to French history.

Yet hours after this interview, in a clarifying statement, Le Pen moved in a more clever direction that broke with her party’s classic historical narrative. She claimed the mantle of the famed General Charles De Gaulle, who led the French Resistance from London during the war and remains a venerated national hero. Like De Gaulle, she declared, “I consider that France and the Republic were in London during the Occupation and that the Vichy regime was not France.” Further, she characterized Vichy as a “collaborationist and illegal regime.” With these words, Le Pen placed herself a world apart from the nostalgia for Vichy that remained visible in the party through all her father’s campaigns. 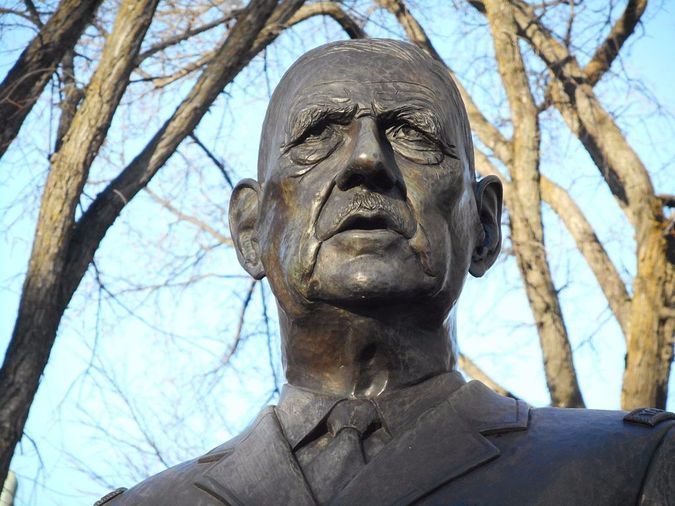 Indeed, Le Pen made her most dramatic move yet to align herself with De Gaulle — who has been the veritable bête noire for France’s far right ever since his role in the Resistance. Suddenly, Le Pen attempted to link herself with De Gaulle’s famed “myth of the Resistance” that pointedly distinguished Vichy from France. De Gaulle’s narrative — which claimed that most French people had united in the Resistance personified by the General himself — held sway in France until at least the 1970s. Given De Gaulle’s enduring popularity with the French public and his association with the center-right, such a move clearly aims to burnish Le Pen’s credentials as a mainstream candidate.

Le Pen’s shape-shifting has continued in a similar vein. Most recently, by resigning her position as head of the National Front party shortly after she qualified for the May 7 runoff that will ultimately decide the election, she has tried to elevate herself as a De Gaulle-esque unifying figure above politics.

Le Pen’s effort to claim the mantle of De Gaulle is positively Trumpian in its departure from fact. De Gaulle promoted a mythology of unified resistance as a way to heal the bitter wounds of the war years; Le Pen does so in order to divide the country. De Gaulle was a fierce advocate for the European Union, an institution which Le Pen proposes France withdraw from. Most fundamentally, when De Gaulle resisted Vichy, he stood up for a France of democracy and inclusion and against an authoritarian, anti-Semitic regime of which Le Pen’s movement remains the direct descendant.

Correction: This article previously stated erroneously that Charles De Gaulle was a fierce advocate for NATO.

Ethan Katz is Associate Professor of History at the University of Cincinnati. His book, “The Burdens of Brotherhood: Jews and Muslims from North Africa to France,” won a number of prizes including a National Jewish Book Award. His most recent book is the co-edited volume “Colonialism and the Jews” (Indiana University Press).