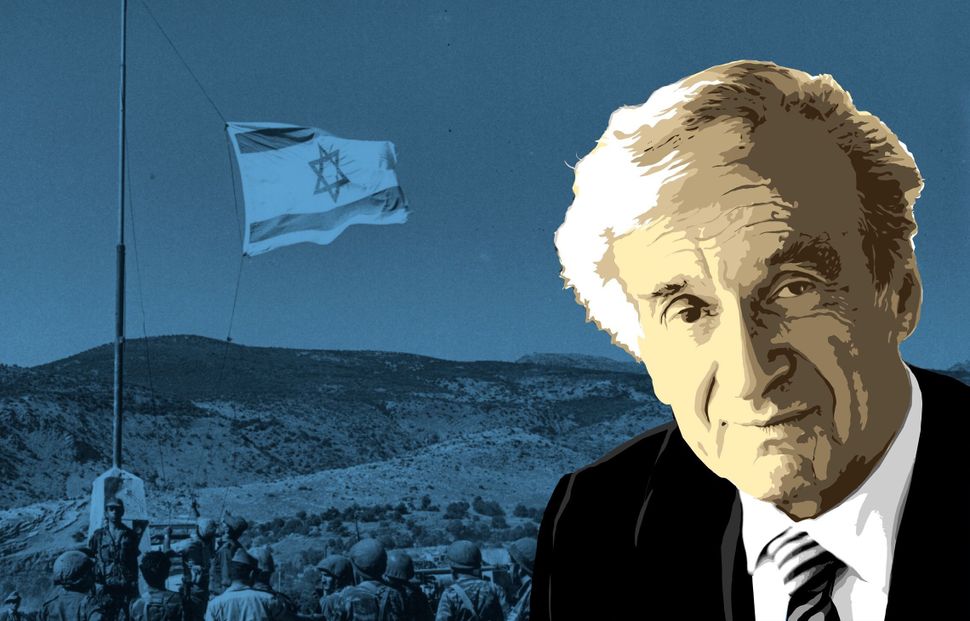 Future generations will probably never believe it. Teachers will have a hard time convincing their students that what sounds legendary actually occurred. The children will, naturally, swallow each word, but later on, as adults, they’ll nod their heads and smile, remarking that these were fantasies of history.

They won’t believe that this small state, surrounded by hatred, fire and murder, had so quickly managed a miracle. It will be hard to describe how, amid a sea of hatred, a tiny army drove off and humiliated several well-equipped military hordes of who knows how many Arab countries.

How does acclaimed scholar and talmudic genius Shaul Lieberman put it? In another 2,000 years, people will consider these events the way we think of descriptions of the Maccabees and their victories.

Did I say another 2,000 years? No, make that in another year, or even tomorrow.

Last Sunday, the Arabs and their allies were boastfully threatening Israel that if she dared to make another move, she’d pay with her existence. And several hours later our Jewish heroes advanced, and the entire world, holding its breath, followed their every movement.

You’ll recall the radio broadcasts at the beginning of the week that sounded practically Job-like. Every hour, another Arab government declared war against Israel. Egypt, Jordan, Syria, Yemen, Lebanon, Saudi Arabia. And then: Morocco, Tunisia, Algiers. In Tunisia, an incited mob led a pogrom in the Jewish Quarter. Other Muslim — or part Muslim — countries rushed to sign up in [Egyptian president Gamal Abdul] Nasser’s “holy war.” Malaysia, Sudan, Mali, Guinea and more.

We bit our lips, cracked our knuckles and could find no comfortable spot for ourselves. Quietly, we asked if the test was too hard this time. Was too much being demanded from the Jewish people and from their land? How could we expect to be redeemed, knowing that the enemy numbered tens of millions, even hundreds of millions of people, against a mere 2 million Jews in Israel?

And then, between Passover and Shavuot, the Hanukkah miracle occurred. It didn’t take long before the supposedly mighty enemy was rendered speechless and lost its nerve. Even the Soviet Ambassador to the UN, Nikolai Fedorenko, suddenly changed his tone. Instead of worrying about whether Nasser would finally curb his appetite for power, world leaders began looking for ways to make amends to Israeli Premier Levi Eshkol.

It was as though a theater director, unfamiliar with his cast, suddenly switched the parts of his actors: those who had stubbornly opposed us now asked for mercy, as their former protectors now distanced themselves from them. Overnight, the mood at the UN Security Council seemed unrecognizable.

We all need to recite the Hallel thanksgiving prayer for being granted the privilege of witnessing these events. The battle has not yet ended, but the enemy has already retreated and won’t easily recover.

It may well be that future generations won’t comprehend how Israel vanquished her enemies. Yes, there are sacrifices, but in the long run nothing gets lost.

And yet the blood that was shed by our young lions, the sacrifices endured, everything will be inscribed. Each widow’s tear, every death rattle of the fallen soldiers – they won’t pass unnoticed by our descendants.

For Jews around the world, these last events are a deep source of pride. Every Jew witnessed and survived this trial together. Rarely, as a people, do we feel such a deep connection to each other, of loyalty to the purest principles driven by our shared history.

Do you remember how thousands of Jewish youth besieged the Israeli Consulates, pleading to be sent as volunteers to Israel? Do you recall the mass demonstrations in the streets? And the countless Jews, including the poorest of the poor, donating their meager savings to the pushkes [charity boxes] of the United Jewish Appeal?

Translated from Yiddish by Chana Pollack.