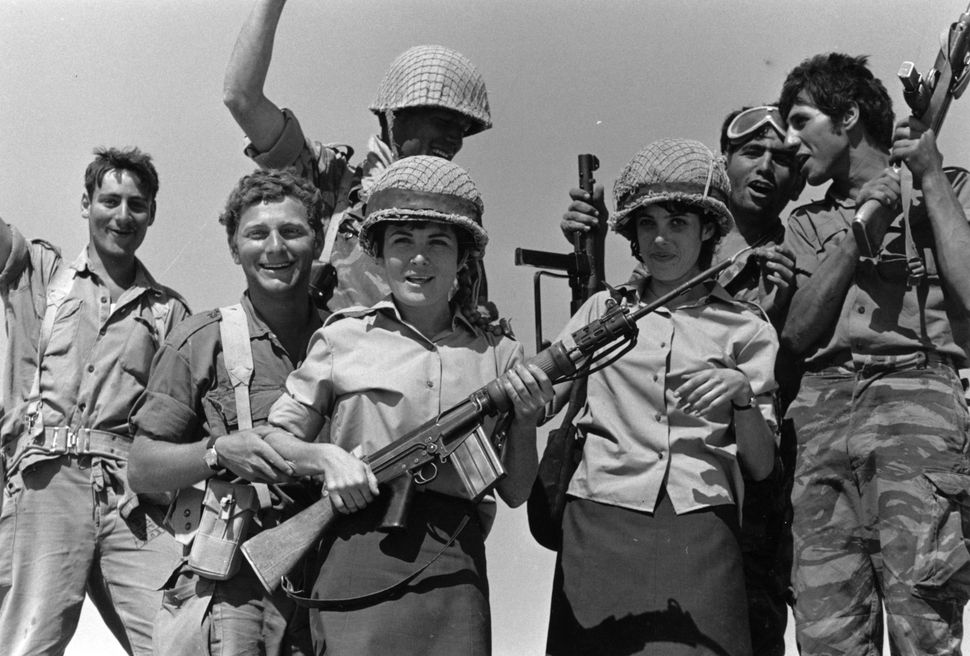 Jane Eisner’s article,”Inner Conflict: The Six Day War’s 50th Anniversary Merit Celebration Or Despair?”, is excellent. I learned the war broke out on Monday, June 5, 1967, when I was sipping an early morning vanilla malted in a newsstand/soda shop across from Columbia University. I tore through the New York Times reading the account (since debunked) that the Egyptian air force had damaged the airport at Lodd.

By nightfall, I had managed to forge an application for an emergency passport. Lying, I used the excuse that my uncle had died in Paris. On Tuesday, I spent the night in Paris. On day four, I arrived in Tel Aviv on the first civilian flight to land in Israel. The plane also carried Saul Bellow with whom I had chatted while waiting in Athens. Plus a number of nurses and other volunteers who viewed Israel as the underdog.

Within six months, Israel went from being a champion of the left to a bad guy.

The title of the piece in the Forward disturbed me — especially since I judged the article from the title. However, upon reading, I realized that Eisner’s views and mine are similar. In June of 1967, Israel’s enemies wanted to kill our people. All of us. Drive us to the sea. Had they been successful, they would have. That they were not successful is cause for celebration.

However, as Talleyrand said to Napoleon, “You can do anything with bayonets except sit on them.”

Joel Solkoff is an adjunct research assistant at Penn State and a disability rights advocate.