Remembering Deborah Cotton, Who Lived To Forgive The Men Who Took Her Life 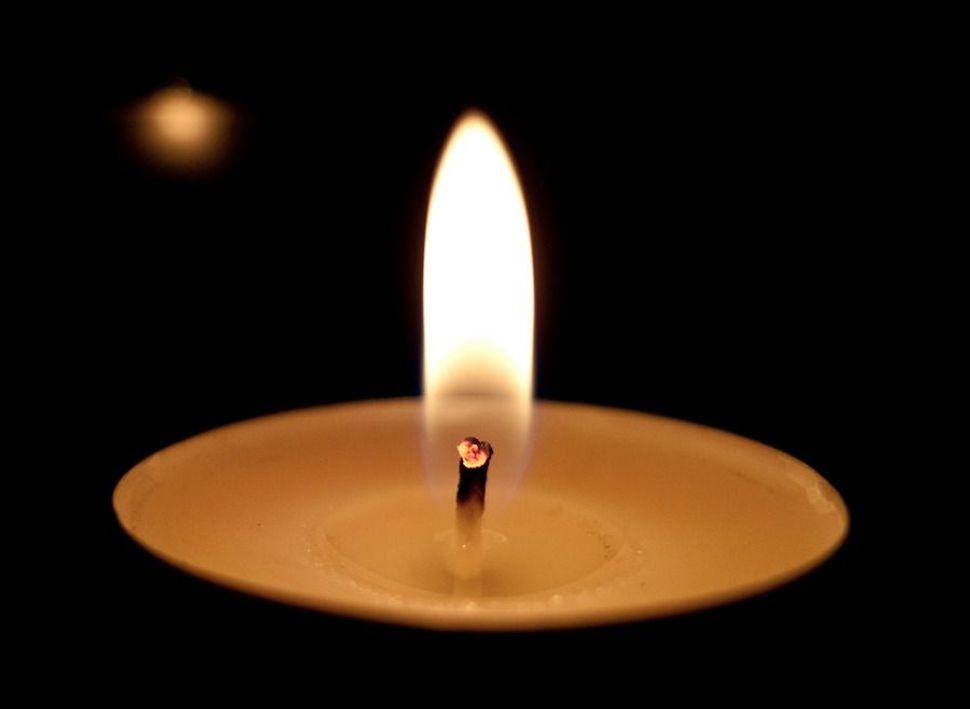 While covering the Mother’s Day second line parade in New Orleans — a festive tradition in the city — on May 12, 2013, two young brothers sprayed bullets into the crowd. The shooting wounded 19 people, including reporter Deborah Cotton, a longtime correspondent for the local alt weekly Gambit and a cultural writer for Nola.com. A bullet narrowly missed her heart.

And she had a big one.

Despite sustaining serious chronic injuries, Cotton — who ultimately succumbed to her wound on May 2, 2017 at age 52 — publicly forgave the shooters and became an outspoken advocate for the rights of crime survivors, restorative justice and prison reform.

A few days before her death, the organization I work for as rabbi-in-residence, Avodah, gave Cotton our Partners In Justice Award.

Deborah Cotton a few days before her death.

During the April 23 ceremony in New Orleans, she recounted her story of survival and forgiveness, relating how her upbringing and life as a Jewish woman of color shaped her drive for social justice.

“My mother’s Jewish and my father’s black, and those two cultures give me my fortitude, my gasoline, my perspective,” she told the audience.

In the years following the shooting, while undergoing more than 30 surgeries to treat her injuries, Cotton spoke by telephone and exchanged letters with one of the men who ultimately took her life. She wanted to understand what caused him to pull the trigger. Her relationship with the young man grew, and she began to mentor him. She learned he had been born into the drug trafficking gang behind the Mother’s Day shooting.

“At the sentencing hearing, I said to [the shooters]: ‘I want to be here for you. You weren’t born to shoot up a parade. That’s not going to be the end of your epitaph,” Cotton said during her speech. “You still have the capacity to do good. To make a difference. To change the world, even from behind bars. And I’m going to be here to support you.’

“People were stunned that I would actually feel compassion for these young black men.”

Cotton told the crowd that she was fighting to appeal their life sentences. “I wanted those boys to have another opportunity at life,” she said.

Cotton had been hospitalized for her shooting-related injuries in the days leading up to the Partners In Justice event, but she insisted on being there to encourage young Jewish leaders to stand for justice. “One of the Jewish tenets that I live my life by is tikkun olam: repairing the world,” she explained. “And if I do anything else before I leave here, I need to have made my presence felt and do my piece to repair the world.”

Deb lived and breathed the Jewish values that are at the core of Avodah’s work. She stood up for justice and embraced those she differed from with love. She formed deep connections and lived as an example of the change she wanted to see in the city she called home. These are the Jewish values we teach and the morals we preach. They are the core of what we aim to instill in future generations. There is no one we could have been more honored to recognize and stand beside in our mission to create a more just world.

In what would be her final words in public, she reminded her audience that no one needs to wait a single minute to start making the world a better place. “It’s always the right time,” Cotton implored us, “to do the right thing.”

Danya Ruttenberg, the rabbi-in-residence at Avodah, is the author of “Nurture The Wow: Finding Spirituality In The Frustration, Boredom, Tears, Poop, Desperation, Wonder, and Radical Amazement of Parenting” (Flatiron Books, 2016).

Remembering Deborah Cotton, Who Lived To Forgive The Men Who Took Her Life