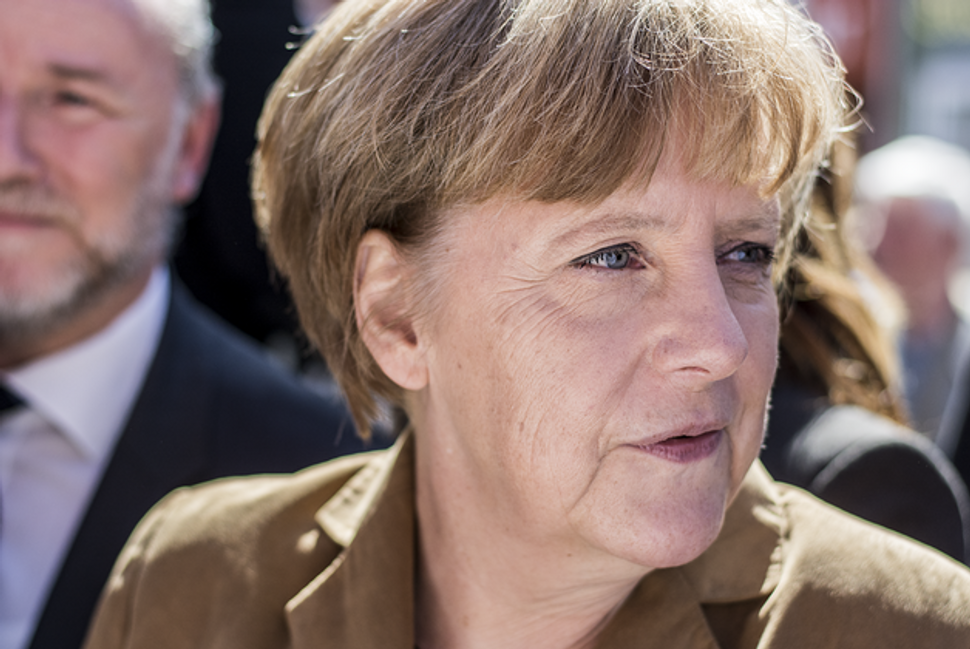 I fear that you, our European allies, are getting the wrong impression of the United States, or at least of Americans. We are not all like our current president, who seems more at home with autocratic, gilded Middle East royalty than with duly elected leaders of friendly democracies.

Donald Trump himself tweeted that his recently concluded overseas trip proved “a great success for America,” a sentiment that so far has garnered 78,284 likes. The other 300 million-plus Americans likely aren’t so sure. Even right-leaning polls taken after Trump’s return show the president’s approval rating tanking.

Since seven decades of transatlantic military, political and economic partnership is now hanging in the balance, since a groundbreaking climate accord may become obsolete, since the damage done to America’s reputation with our closest allies may take years to repair, I thought you might benefit from a word or three of explanation.

Many of us still believe in a meritocracy. Which is to say, we are horrified but not completely surprised by the cascade of stories about Trump’s neophyte son-in-law and special adviser, Jared Kushner, and his potentially problematic contacts with Russian bankers who palled around with Vladimir Putin and other officials before his boss was even sworn into office.

Even the most generous interpretation of Kushner’s behavior pegs him as ignorant about the very basics of diplomacy, the requirements of disclosure when working for the federal government, and the quaint notion that there really should be only one administration acting in an official capacity at one time. (And the harshest interpretation – well, we won’t go there. Yet. Innocent until proven guilty, and all that.)

Please understand: Most of us don’t circumvent ethics laws and common sense to appoint inexperienced, untested children to significant positions of public trust. We don’t want the West Wing to turn into the D.C. branch of the family empire — Trump’s or anyone else’s.

We thought we threw off the chains of an aristocratic monarchy during that skirmish 234 years ago with one of your members. (Well, a former member.) We don’t want it back again.

Many of us still believe in a strong, allied Europe bolstered by the unconditional leadership of the United States. Of course, Europe isn’t perfect. There’s the byzantine bureaucracy in Belgium. The views of some European nations are reflexively and unfairly critical of Israel. No doubt some NATO members should pony up more of their fair share of dues.

But any American who passed a high school history class should know what preceded this imperfect union — nearly a century of war, genocide, upheaval and suffering across a continent so consequential that it drew the rest of the world into its violent orbit. NATO was meant to create a military alliance and bulwark against the Soviet Union, and now Russia. The European Union was designed to create economic interdependency and to encourage democratic reform.

Unlike our president, we don’t want to throw this painstaking progress into history’s dustbin just because you owe us a few bucks.

Was the German chancellor, Angela Merkel, too harsh in her flash assessment that Europe could no longer count on America? Perhaps. Is President Trump justified in complaining so loudly about Germany’s trade policies? Smarter minds than mine say there is some truth to his caustic critique.

But I find myself in a strange position as a Jew: rooting for Germany to prevail in this diplomatic tug of war — mostly because of what Merkel represents. She recognizes that nations need each other in more than strictly bilateral, transactional terms, and so did a long list of presidents, Republican and Democrat, before this one.

Many of us still believe that character counts. There’s no other way to say this: Donald Trump’s behavior in Europe — his boorish shove of Montenegro’s prime minister, his scolding and graceless lecturing, his obvious disrespect — was a national embarrassment. Most of us wouldn’t countenance this behavior in our children, never mind the supposed leader of the free world.

Trump’s equivocation on the future of our alliances, and his dillydallying on the Paris climate accord, reflects a shallow and self-centered character. His clannish administration prizes loyalty and familial bonds over competence and — perhaps — adherence to ethics and the law.

What else can I say? We are not all like this, Europe.

At least I hope not.