Common Ground: Jews And Muslims Join Together In These Touching Photos 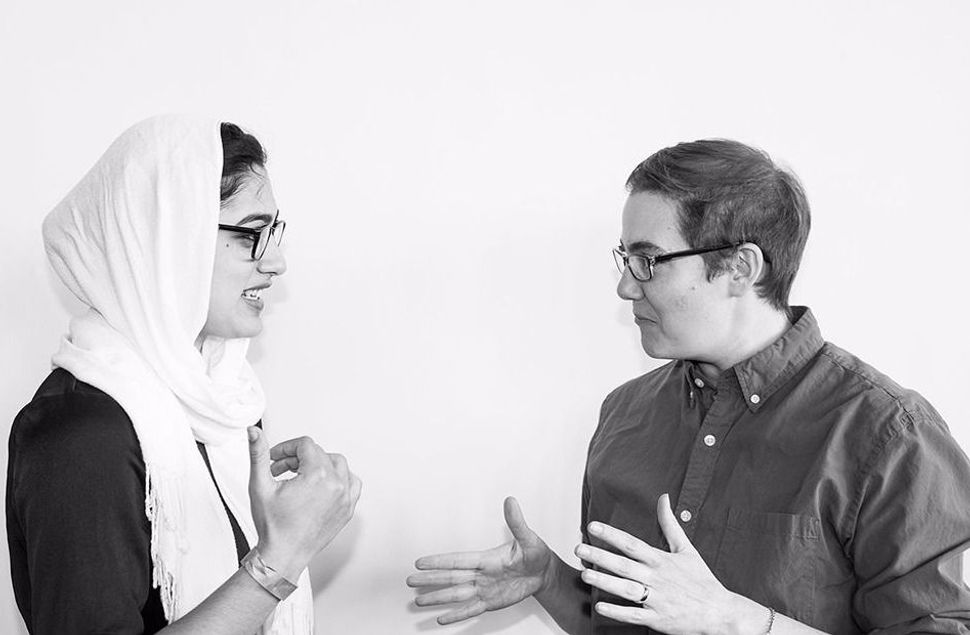 “We say we want peace in the world and that everybody’s equal,” said Kristen Plylar-Moore (right). “You actually have to know people. You have to know people who are different from you in order to make those things a reality.” Moore stands with Zabada Moin (left), a congregant at the Islamic Center. Image by Kate Ryan

Since the first Friday after the election of Donald Trump, when CBST’s Rabbi Sharon Kleinbaum and her clergy team bought 150 red roses and stood outside the Islamic Center in solidarity, members of the synagogue have regularly visited the Islamic Center to fight intolerance and foster interfaith dialogue.

“The most important thing to somebody who’s being bullied is to know that there are people who are going to step forward,” Kleinbaum said. “And most bullies step down when other people step forward.”

CBST’s response to the election turned into House of Peace, an interfaith initiative. The informal group holds joint religious services and shared Seder and Iftar meals and classes on contemporary challenges facing Muslims and Jews in America. The portraits on these pages pair members of the synagogue and the Islamic Center.

“We want this to be a formal project that other synagogues can [copy],” Kleinbaum said. “It makes such a difference.” 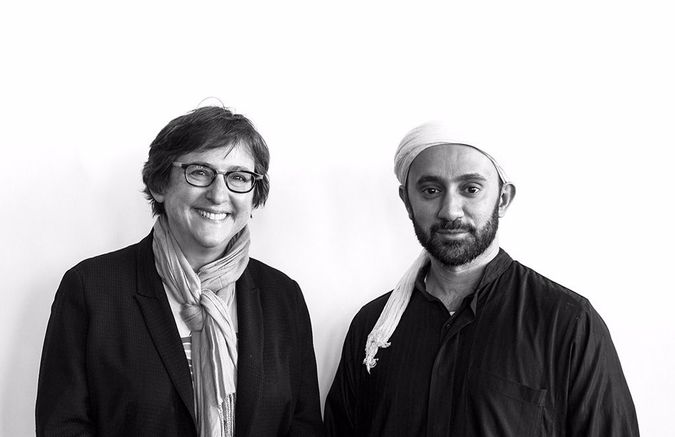 “We have to act as if we really believe ‘never again’ really means ‘never again,”” said Rabbi Sharon Kleinbaum (left) of Congregation Beit Simchat Torah. She stands with Imam Khalid Latif (right) of the Islamic Center at NYU. Image by Kate Ryan 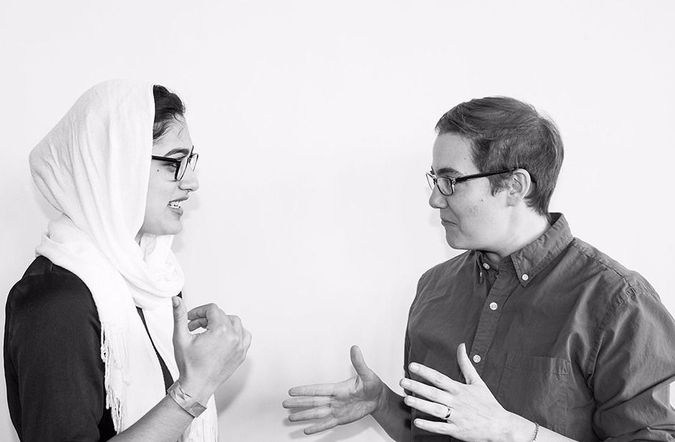 “We say we want peace in the world and that everybody’s equal,” said Kristen Plylar-Moore (right). “You actually have to know people. You have to know people who are different from you in order to make those things a reality.” Moore stands with Zabada Moin (left), a congregant at the Islamic Center. Image by Kate Ryan 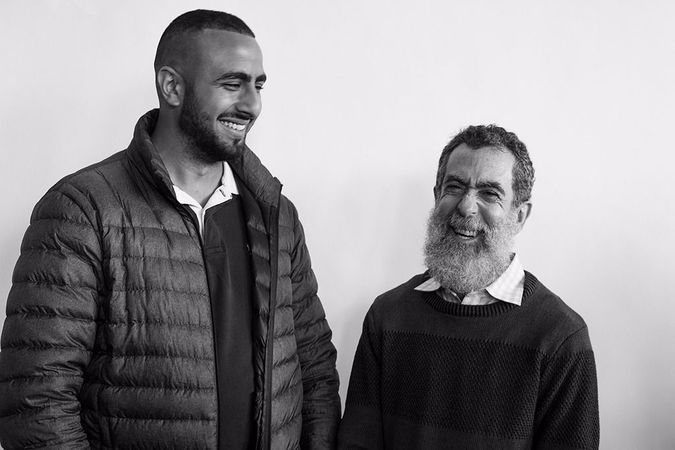 “There’s so much happening in the world right now that’s keeping people separate that I really feel that anything I can do and we can do as a community to start breaking down walls and being more inclusive is terribly important,” said Ira Rosenblum (right) a congregant at CBST. Rosenblum stands with Muhammed Ali (left). Image by Kate Ryan 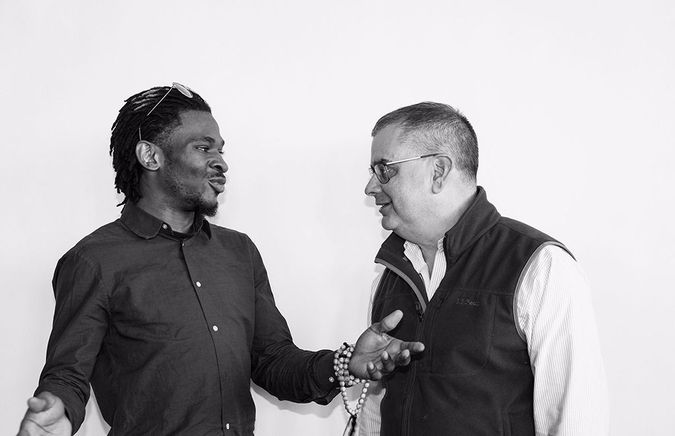 “One hater can’t stop a show of 500 lovers or a community of 500,” said Anas White (left), a congregant at the Islamic Center at NYU. “So communities, they don’t have to make themselves exclusive or insular.” White stands with Harold Levine (right), a co-chair of House of Peace. Image by Kate Ryan 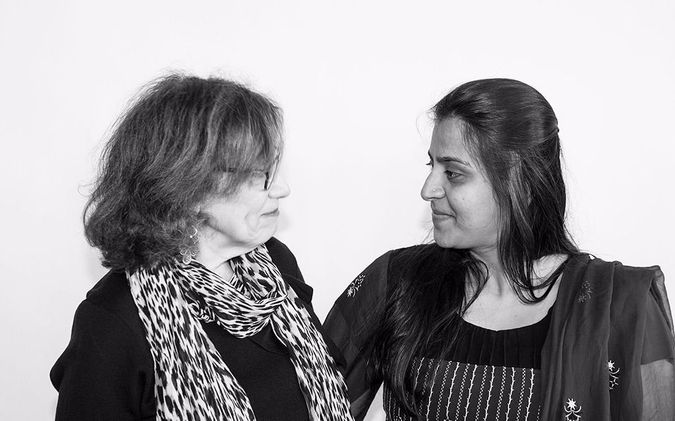 “I am so thankful for your openness,” said Rakhshanda Mirza of ICNYU (right). “This is the best place where I could be for a couple of hours a week, where people are getting hope,” said Judith Chusid of CBST (left). Image by Kate Ryan 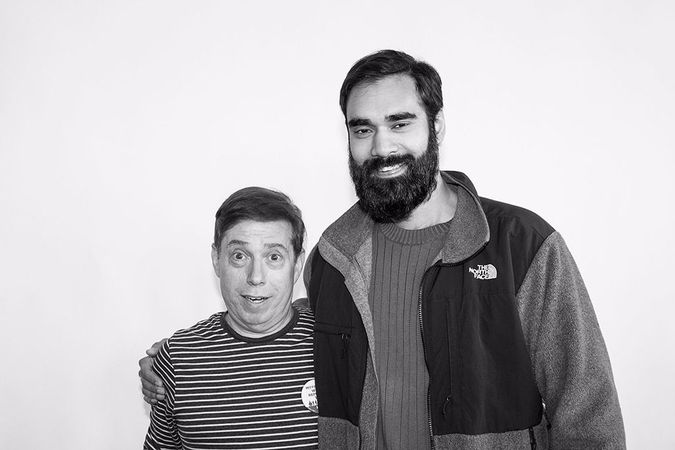 “My father would always say, ‘The Americans are just as stupid as the Germans. It could happen here too you know,’” said Rick Landman a congregant at CBST. He stands with Mehran Moin of ICNYU. Image by Kate Ryan

Kathryn Ryan is a photographer in New York.

Common Ground: Jews And Muslims Join Together In These Touching Photos