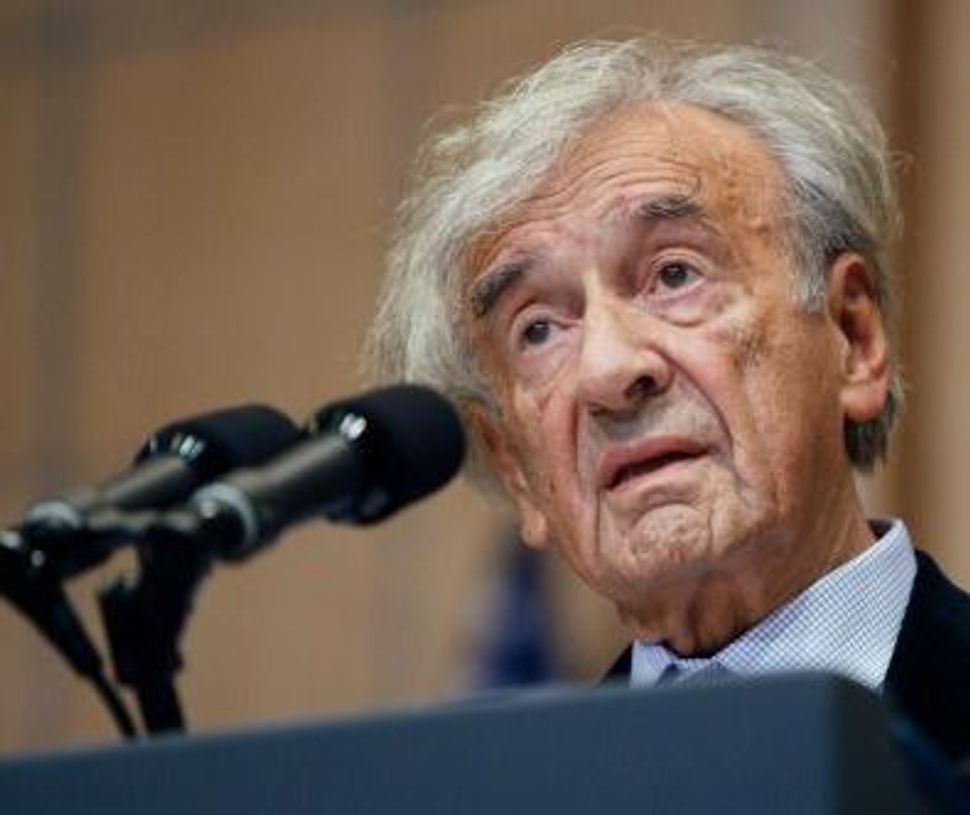 As the first anniversary of the death of Elie Wiesel approaches, his only child, Elisha Wiesel, reflected on the gifts his father left for him in an essay published by Jewish Week. The essay, in which Wiesel also revealed his conflicts with the acclaimed writer (and former staffer of the Forverts) and Holocaust survivor as an adolescent, describes Wiesel as a father whose patience and confidence still influences his son.

“I believe he is still with me, still believing in me. In the moment when he died, he went from being somewhere to being nowhere — and then he was everywhere. It was as though I could feel the universe resonating with his love for me, saying: I am still loving you. I will always love you. I am with you in everything you do.

“Just be” was the Nobel Prize winner’s only request to his son as he lay on his deathbed. As Elisha stood by his father’s side, Elie Wiesel asked no more of his son than to understand his love for him.

He wanted me to understand what my existence meant to him, not the concept of a son, but the actual me, the good and the bad and the imperfect and flawed, the whole package.

In the article, Elisha Wiesel attempts to unpack some of the wisdom that his father imparted. “Be a good student,” he said. “Be a good son. Be a good Jew.” And while Elisha attests that in his youth he was none of these things, his father’s ability to show “impossible love” and “impossible belief” is one he hopes to imitate with his own children.

“One day my son and daughter will say Kaddish and observe Yizkor for me. Will my flaws loom larger in their memory than the things I did right? Will they remember me as having loved them like crazy, and having believed that they can do anything they set their hearts and minds to?”