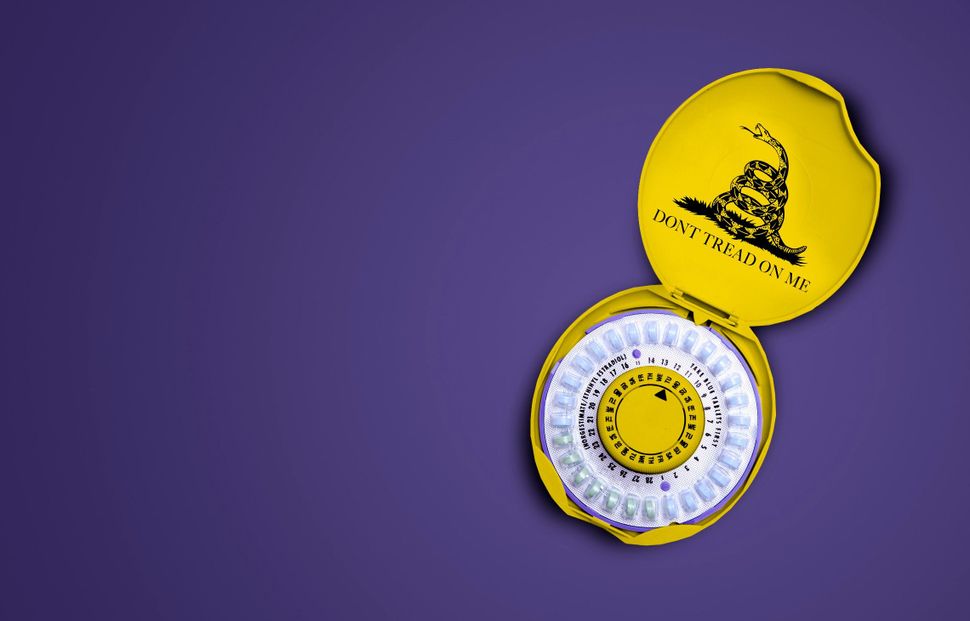 When the Trump administration signaled its recent intention to cancel the federal requirement that many religious employers offer birth control coverage in health insurance plans, it was framed as a victory for religious freedom.

As in, “I’m a boss, and my faith teaches that life begins at conception, and therefore preventing conception is akin to murder, and therefore I shouldn’t have to subsidize my (female) employees who use birth control for whatever reasons, especially those I disapprove of.”

Tom Price, who is the secretary of the Department of Health and Human Services and is (mystifyingly) a physician, said that this action “the deeply held religious beliefs of Americans who provide health insurance to their employees.”

Guess what, Dr. Price? Some of us have deeply held religious beliefs that support ensuring access to birth control.

It’s about time that those of us who believe in the moral imperative to provide access to birth control use it. For too long, this debate has been framed as if it’s the faithful versus the godless.

Not so. Many of the world’s largest religions accept birth control in one form or another. There is no ban in Hinduism. It’s allowed in Islam and Buddhism. The Sikhs offer no objection. Protestant movements vary widely in teaching and practice, and even many evangelical Christian leaders approve of using contraception within marriage.

Catholic teaching, on the other hand, stipulates that the only birth control permitted is abstinence. But in 2015, Frank Bruni of The New York Times asked Gallup to break down its Values and Beliefs survey; he learned that 86% of American Catholics believe that birth control is “morally acceptable” — compared with 90% of the public as a whole.

“They’re well aware of the Vatican’s pronouncements,” Bruni wrote. “They just prefer to plug their ears.”

So Donald Trump — arguably the most irreligious president in memory, who has violated more commandments than anyone can count — has suddenly become the champion of an extreme position held by only a minority of faithful Americans. He can do this, in part, because he’s Donald Trump.

But also he can do this because he has the tacit support of other faith groups that disagree with the Catholic Church on this issue but claim there’s a broader imperative at stake here. As Nathan J. Diament, the executive director for public policy of the Orthodox Union’s Advocacy Center, told the New York Jewish Week:, “While Judaism has a different view with regard to use of contraceptives than the Catholic Church, what we share in common is the view that religious liberty should be as robustly defended as possible.”

Well, Judaism does have a different view in this regard, and if Diament can use the religious liberty defense, so can I.

First, there is the fact that contraceptives are often used by women for health reasons that have nothing to do with sex and procreation. As the (Jewish) writer and director Lena Dunham revealed in the Sunday New York Times,, many women like her rely on contraceptives to control chronic and debilitating pain.

“More women in this country are prescribed oral contraception for medical reasons than for pregnancy prevention,” she wrote. “If the Trump administration and Republicans in Congress succeed in… giving employers carte blanche to deny women necessary medication under murky notions of moral disdain, all paths to health and wellness will disappear for a huge swath of Americans.”

My religion obliges me to care for the sick. Withholding legal medication violates that obligation.

Second, there is the fact that rolling back this mandate could disproportionately affect hundreds of thousands of women who rely on health insurance from their employers for their often costly birth control.

Many of these women have no other resources. My religion obliges me to care for the needy. This fits that description.

Third, and more specifically, there is the fact that Judaism has no law preventing use of contraception, and — even in Orthodox communities — permits its use within marriage for couples who for financial, psychological or other reasons wish to delay having children, or having more children. Deny couples birth control, and you deny their religiously sanctioned autonomy to preserve their marriage.

And since a man must sexually please his partner — yes, it’s in the Talmud — blocking access to birth control could mean that he can’t fulfill his obligations.

So, Dr. Price, you have your religious arguments and I have mine. I acknowledge yours, and I wish you would acknowledge mine.

Then we can decide that perhaps the religious arguments cancel each other out, and we are left where we should have been in the beginning: considering how a federal policy affects national well-being. In this case, the evidence is overwhelming: Access to free or low-cost birth control helps the sick and needy, lowers the abortion rate, improves women’s economic status and enhances family life. As Cecile Richards, president of Planned Parenthood, told the Forward by email, “People from all walks of life — religious and nonreligious — use birth control for a host of health care reasons.”

So if you don’t believe in contraception, don’t use it. That’s as far as the religious dictate should go.