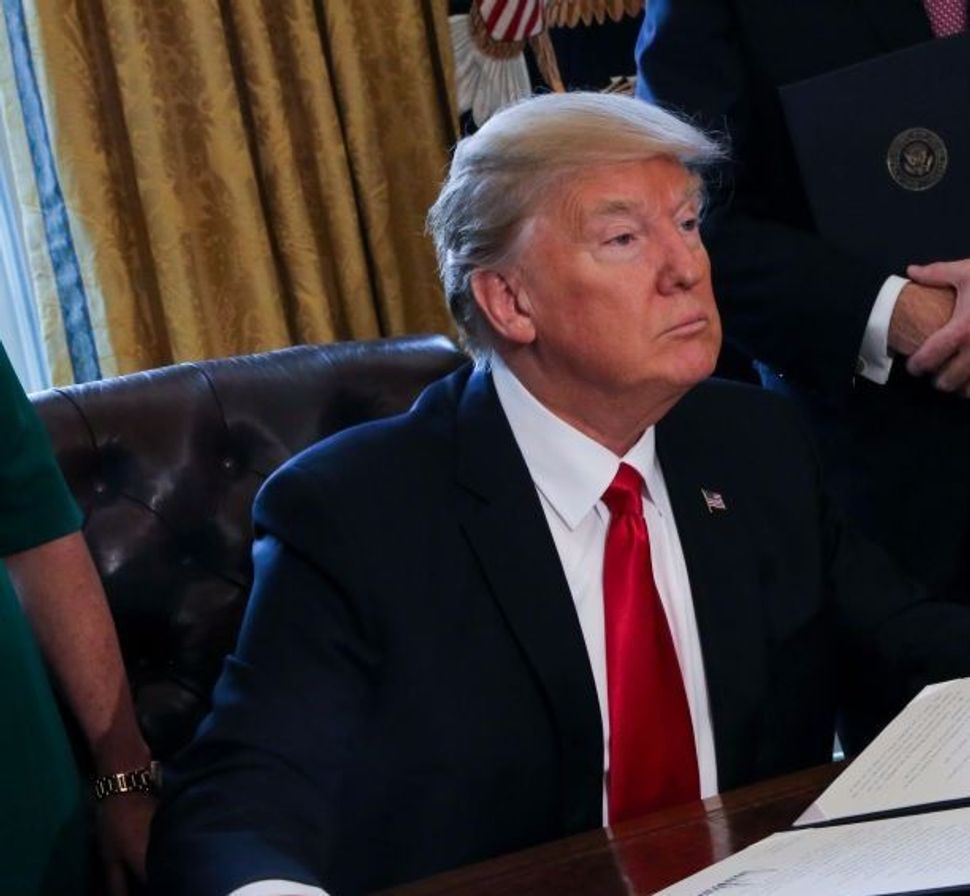 That small little law known as the Johnson Amendment, which prohibits electioneering by houses of worship and other charities and which President Trump has vowed to repeal, is exceptionally important to preserve. Even if it is not widely enforced, the permission it grants to the Internal Revenue Service to pursue violators is critical to the protection of religious communities and the integrity of government.

A sixteenth-century rabbi told me so.

There exists a teaching in the scholarly discussions of Jewish law that translates roughly as, “It may be the rule, but we do not teach about it publicly.” It is invoked sparingly, almost always when a person is technically allowed to do something that would nonetheless prove harmful to others. Think of the straw that used to be left on the roadside for people to use when cleaning up after their animals. The straw was technically ownerless and could be taken by any passerby for private use, but the Talmud directs us to not encourage such behavior.

Why? Rabbi Bezalel Ashkenazi, best known as the author of the Talmud commentary Shitah Mekubezet, offers this relatable explanation: Even when you can get away with something without penalty, we do not encourage it for the sake of a better world.

I can think of many corners of our society that would benefit from this sort of restraint. The Johnson Amendment, which has been targeted by the religious right for elimination, is near the top of the list.

The amendment is a part of the tax code governing tax-exempt charities. In exchange for the opportunity to offer tax deductions to donors, the non-profits — including, but not limited to houses of worship — agree that neither the organization nor anyone representing it will endorse or oppose a candidate for office. Issue advocacy is fully permitted, but electioneering is not. It seems an eminently reasonable standard, especially since no one, including clergy, is restricted from endorsing in a personal capacity.

It is no secret that this law is rarely enforced. The process of investigating and prosecuting violations is costly and complicated. No one has ever gone to jail for it and only one house of worship is known to have ever lost its tax-exempt status for a violation. Given the many thousands of houses of worship in America, that does not exactly seem excessive.

But of all the things right-wing preachers might get exercised about — poverty, inequality, war, bigotry, personal immorality — they seem to be sinking millions of dollars and almost as many words into claiming that their First Amendment rights have been trampled by the Johnson Amendment, and they are demanding its repeal.

President Trump has promised to do just that. Fortunately, as with other promises made by the president, he does not have the unilateral authority to change the law. His recent executive order encouraged the IRS to look the other way when people violate the Johnson Amendment, but this accomplishes little in practical terms. However, Congress could wipe out the law altogether.

That would be exactly the wrong move for American democracy and religious freedom. The Johnson Amendment may be rarely enforced, but it is a critical guidepost. And just because people could get away with violating it, that doesn’t mean they do so.

I believe that people of integrity follow the law even without the threat of punishment. We typically stop at red lights, correct a bank teller who gives us too much money, vote only once in an election and settle our disagreements with words. We do so because the rules of civil society are important, enacted to promote the general welfare, as the Constitution suggests. And for those people with less integrity, even a small threat of sanction makes them think twice about the consequences of getting caught.

I can think of times when the bully pulpit of the presidency could rightfully be used to call for passive resistance against an immoral law. Plunging houses of worship into partisan politics does not strike me as one of those times.

If you are clergy or congregant, you should oppose the assault on the Johnson Amendment. Thankfully, polling shows that you already overwhelmingly do.