If Trump Kills the Johnson Amendment, Chaos Could Follow for Charities 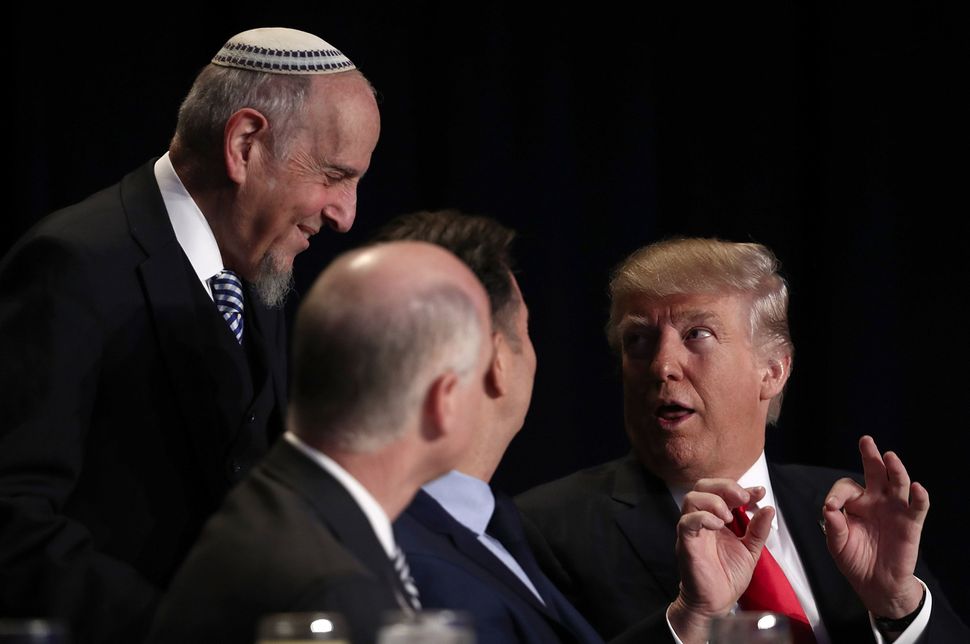 “I think it will do nothing good,” said Daniel Kurtz, former head of the Charities Bureau at the Office of the New York State Attorney General and currently a partner at the law firm Pryor Cashman.

Best known as the provision of the tax code that keeps pastors from endorsing candidates from the pulpit, the 1954 amendment actually prohibits all organizations exempt under section 501(c)(3) of the tax code from intervening in elections in any way.

That includes Jewish federations, private schools, universities, soup kitchens, synagogues, foundations — just about any charity you can think of. Trump appears to be proposing to allow all of them to use their resources to endorse candidates in elections.

Experts warned of unintended consequences, including politicization of the not-for-profit sphere, and a regulatory situation in which only very large charities could safely spend their resources on political campaigns.

“It’s been very good for the nonprofit world not to get embroiled in partisan politics,” Kurtz said. “People are going to make decisions about supporting charities based on which side they’re on on which issue. I think it will be very destructive.”

What is clear is that in blowing up the Johnson Amendment, Trump would create a legal nightmare.

“It actually really confuses everything,” said Marcus Owens, a former director of the Exempt Organizations Division of the IRS, which regulates charities, and a current partner at the law firm Loeb & Loeb.

For starters, the Johnson Amendment isn’t the only bit of the tax code that penalizes charities for participating in elections. There are currently excise taxes on the books that impose huge financial penalties not only on a charity that intervenes in elections, but on the individual manager who directs the intervention.

If the Johnson Amendment were to be repealed, charities and churches could still be liable for massive financial penalties if they spend resources on a political campaign.

Even if Trump were to succeed in wiping away those excise taxes, it still wouldn’t allow charities to spend as much as they want on political campaigns.

While the Johnson Amendment was the first U.S. law to entirely bar charities from participating in elections, the idea that political activity is not charity is an old one. Under current regulations, if a significant portion of any charity’s activities are non-charitable, that charity can lose its tax exemption.

So what does “significant” mean? Who knows.

“You just don’t know where the line is,” Owens said.

In effect, big charities could feel comfortable spending heavily on an election without worrying that an IRS agent would think that they were spending a significant portion of their overall budget on electioneering. Smaller charities would have to be much more careful.

“You get into these really difficult administrative questions about whether it’s significant activity,” Owens said. “The big organizations tend to skate and the small ones get beat up. It’s pretty much a mess.”

If Trump Kills the Johnson Amendment, Chaos Could Follow for Charities