DC’s latest summer superhero blockbuster, “Wonder Woman,” has been widely hailed as a feminist victory, garnering critical acclaim and already raking in over $550 million globally. But alongside its success as a woman-directed feature with a focus on women’s empowerment, the film has sparked controversy after being banned in Lebanon because of leading actress Gal Gadot’s past service in the Israel Defense Forces during Israel’s 2006 invasion of Lebanon, and her public support of Israel’s 2014 invasion of Gaza.

The film has also generated criticism from black online commentators for its lack of representation of black and brown women in major roles, and for the film’s reliance on Mammy tropes in its few depictions of black Amazonians in Wonder Woman’s fictional homeland, Themyscira. Many have argued that while Gadot’s Diana Prince is a strong female character, the film flattens womanhood to white womanhood, mostly showing a white woman moving through a white world, and reminding women of color that victories for white women’s representation often don’t make room for meaningful intersectionality.

This critique, largely put forth by black women, has been dismissed wholesale with claims that Gadot, an Israeli Jew of Ashkenazi heritage, is in fact a woman of color. In a Comicbook.com post, Matthew Mueller shamed tweeters who were foolish enough to complain about the lack of women of color in the film when a “quick Google search” would show that Gadot “is not actually Caucasian, but is in fact Israeli.” Mueller’s article was rightfully met with outrage from advocates for diverse representation who saw the argument for what it was: an attempt to derail a conversation about black women’s representation.

However, in the Jewish community, the controversy over Mueller’s article reignited a conversation about Jewish racialization and whiteness. As Jewish people of color working for racial justice and liberation in the United States, Israel and Palestine, watching this conversation tiptoe around questions of white supremacy while centering on the perspectives of white Ashkenazi Jews has moved us to intervene with our own perspectives.

The discourse has been suspect, often conflating race, ethnicity, nationality and genetics. Besides Mueller’s nonsensical claim that Israeli is a race rather than a nationality (which obscures the oppression of racial minorities in Israel), his uncritical use of the term “Caucasian,” a pseudo-scientific term popularized by 18th-century race scientists, sets us up for a conversation dependent on the logics of disproved race science rather than contemporary realities of politics, power and privilege.

Reactionary pieces in The Times of Israel were not much better. Dani Ishai Beha and Sarah Tuttle-Singer alluded to particular Jewish genetics that prove Jews are a people of color, with Tuttle-Singer writing that “we are not white… science and genetics back this up.” The irony that, in an attempt to brand the “antiracist left” as anti-Semitic, Behan and Tuttle-Singer are parroting the same racial pseudoscience that Nazi Germany used to differentiate Jews from “Aryans” appears to be lost. The myth that race has a genetic or biological basis was roundly refuted in a necessary Haaretz piece in which Ruth Schuster reminded commentators that “there is no gene for ‘race.’”

Claims of a genetic basis for race are especially harmful in the context of Israel’s deeply entrenched Ashkenazi-supremacist racial hierarchy. Recent revelations surrounding the kidnapping of Yemenite Jewish children in the 1950s, a tragedy that has haunted Israel’s Mizrahi community for decades, have brought new focus to the country’s painful history of eugenics. This week, Israel HaYom published images and testimony confirming long-standing claims that Yemenite children illegally removed from their families were in some cases experimented on. In one instance, Israeli doctors set out to prove that Jewish immigrants from Yemen had “African blood,” a baseless claim rooted in a legacy of European-supremacist eugenics that still impacts Israeli state racism today.

Beyond a reliance on disproved claims about race and genetics, the Gadot controversy has quite simply lost sight of the fact that race is primarily a function of place — the social, political and legal institutions of the nation-state. In focusing on the singular, ongoing history of anti-Semitism in Europe, Tuttle-Singer and Behan obscure the ways that race and power in North America revolve around the institutions of slavery and settler colonialism. To imply that the primacy of a gentile/Jew binary in medieval and modern Europe supersedes the complicity of European Jews in North America as white settlers within these structures is just ahistorical.

Oddly, commentators pontificating about Gadot’s whiteness, despite the fact that she is an Israeli actress and “Wonder Woman” is an American film, have largely ignored the political contexts within the United States and Israel. Even S.I. Rosenbaum’s more critical and widely circulated Twitter thread contextualizing Ashkenazi ethnicity and racialization jumps curiously to World War II from 1492. Despite that massive gap in history, which saw, among other things, the explosion of the transatlantic slave trade and the establishment of Western settler colonial states across North America, Rosenbaum writes assuredly, “Up til (sic) WW2 Ashkenazim were viewed by whites as a racial category distinct from ‘white’ and ‘colored,’” going further to describe the ongoing status of white Ashkenazi Jews in the United States as “white-passing.” In stating that race is “not all about melanin… it’s about where your ancestors were when those race categories got handed down by the Inquisition in 1492,” Rosenbaum implies that racial categories are static, transcending the political institutions of a particular time and place. Meanwhile, placing singular focus on the Spanish Inquisition — when the Spanish crown forced Jews and Muslims on the peninsula to convert, flee or die — belies the way that North American processes of race making centered on chattel slavery and the appropriation of Native land have welcomed European Jewish immigrants as beneficiaries of white supremacy.

Despite arguments to the contrary, race is not a metaphysical phenomenon, nor is it a biological reality. If Mueller, Behan, Tuttle-Singer and Rosenbaum were to focus their sights on the specific political institutions of the United States and Israel that produce race, they might reconsider their conclusion that white Ashkenazi Jews are a “people of color” or “white-passing.” Were European Jews not white when they joined their fellow white-skinned Americans as willing participants in chattel slavery — owning slaves in the American Jewish hub of Charleston, South Carolina, at the same rates as their Christian neighbors? Were they not able to naturalize as “free white persons” when Asian immigrants were categorically deemed “aliens ineligible for citizenship”? Were they not recipients of white privilege and power when the reaped the financial benefits of the GI Bill that systematically excluded black veterans? Certainly, there has always been anti-Semitism in the United States — from anti-Jewish immigration quotas to exclusive housing covenants. But to deny that European Jews have by and large benefited from the construction of white supremacist settler states in North America is an insult to the communities on whose backs the American dream has been built.

Claims of universal Jewish non-whiteness are also willfully ignorant to the construction of racial hierarchies in Israel, and function to silence criticism of Israeli state violence toward Palestinians and minoritized Jews. Behan claims that the singularity of Jewish ethnicity means that “very few people in Israel can even tell the difference between Ashkenazim, Mizrahim or Arabs, except by their names or religious headgear.” Behan’s outrageous assertion erases decades of Israeli racial violence against Palestinians based on skin color alone, while simultaneously downplaying the ongoing history of anti-Mizrahi oppression in Israel. These histories are also directly connected, as many anti-Mizrahi state policies were meant to “de-Arabize them,” and Mizrahi Jews have been the victims of racist vigilante attacks because of their Middle Eastern appearance and their similarities to Palestinians. In one 2015 incident, during a period of heightened conflict-related violence, a Mizrahi supermarket worker was stabbed by a man screaming: “You deserve it, you deserve it. You are bastard Arabs.”

What is the political impulse behind white Jews refusing to be named as white? Clearly, as the derailment of the original conversation about representation of women of color in film shows, it is not out of political identification with people of color. And while Behan bemoans the “troubled” relationship between the “‘anti-racist’ left” (scare quotes his) and the Jewish community, branding those who question Jewish complicity with white supremacy as anti-Semitic makes clear he is not interested in engaging racial justice movements in good faith. As with the American Jewish institutions that cut ties with the Movement for Black Lives over the latter’s inclusion of Palestine liberation in its policy platform, the derailment of the conversation about “Wonder Woman” and people of color representation by white Jews reminds us that the antiracist left does not have an anti-Semitism problem so much as many in the Jewish community have an anti-racism problem.

Last, as black and Asian American Jews living and organizing in the United States, we are struck by the utter exclusion of the perspectives of Jewish people of color in the conversation. Despite our active engagement and prior writings on the topic, the discourse surrounding Gadot has been primarily white Ashkenazi Jews talking to one another. As Jewish people of color who necessarily understand the intersections of anti-Semitism and white supremacy based on lived experience, we question the centering of white Jews as experts on issues of Jews and race. Meanwhile, the vitriolic response we have received when we have shared our voices — including being likened to Holocaust deniers — reflects the realities of racism within the Jewish community. If white Jews are people of color, what does that make us? The combined exclusion and vitriol directed toward our voices and perspectives reminds us that, ironically, there is no room for Jewish people of color within a white Jewish racial frame that casts itself as nonwhite.

Jews who enjoy all the privileges of whiteness yet want to claim people of color status would do well to remember the origins of the term. As reproductive justice leader Loretta Ross explains, “women of color” is not a biological destiny, it is a political coalition created by black women who joined with other racial minority women at the 1977 National Women’s Conference. Yet the origins of this conversation, in an attempt to derail black women’s demands for greater representation, make clear that many Jewish commentators are less interested in creating stronger coalitions with communities of color than they are in centering their own white Jewish guilt. The history of Jewish suffering does not erase the political realities of whiteness or Zionism. But it can, and — with honesty and critical reflection — could, be an engine for Jewish accountability to communities of color, within and beyond the Jewish world. 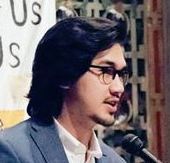 Mark Tseng-Putterman is writing, organizing, and agitating in the Asian American and Jewish left. He is an incoming American Studies Ph.D. student at Brown University, and a member of the Jews of Color and Sephardi/Mizrahi (JOCSM) Caucus organized in partnership with Jewish Voice for Peace, and the JVP Network Against Islamophobia. He has written previously about Jewish racialization and whiteness for Unruly, a blog operated by the JOCSM Caucus organized in partnership with JVP. Find him on Twitter @tsengputterman.