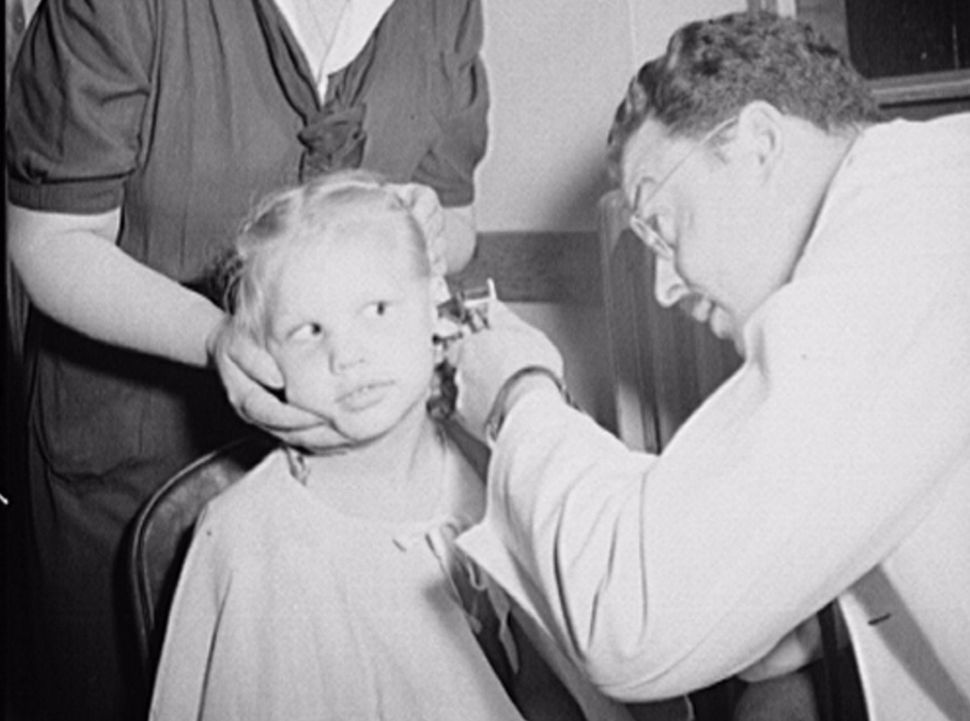 Most of the time I don’t put much stock in commenting on what other columnists have to say. (For that matter, most of the time I don’t write in first person either.) Every now and then, though, somebody puts something in print that perfectly sums up the situation we’re in, in a way that deserves — nay, demands pointing out. That’s the case with a July 23 piece by the carefully centrist Washington Post economics and business columnist Robert J. Samuelson, “How health care controls us.”

It manages to capture precisely what’s wrong with the current national health care debate in a way that leaves one breathless. Well, maybe “capture” isn’t the right word. Embodies what’s wrong — that’s more like it.

Samuelson’s main point is that our national healthcare debate fails to address our problems rationally because we let our instinct for compassion take over. We “cannot discuss health care in a way that is at once compassionate and rational,” he writes. “This is a significant failure, because providing and financing health care have become, over the past half-century, the principal activity of the federal government.” And it simply costs too much.

“At a gut level, we know why health care defies logical discussion,” he writes. “We personalize it. We assume that what’s good for us as individuals is also good for society. Unfortunately, this is not always true. What we want as individuals (unlimited care) may not be good for the larger society (overspending on health care).”

To put it another way, wanting to save money is rational, but wanting to keep ourselves, our loved ones and our fellow citizens alive and healthy is not. It is irrational. Saving money: smart. Saving lives: icky.

How irrational is this compassion thing? Well, Samuelson says, it leads us to some wildly ineffective spending decisions. For one thing, “federal health spending last year was twice defense spending,” which is obviously a nutty way to run a country. What we need is less medicine and more guns.

And it’s only going to get worse, “because 76 million baby boomers are retiring, and as everyone knows, older people have much higher medical costs than younger people.” To be precise, people age 65 and over had average annual health costs in 2014 that were about three times the costs of people 35 to 44.

The result is “a system in which medical costs are highly concentrated with the sickest patients.” The sickest 5 percent “account for half of all medical spending.” We’re forced into a “a massive resource transfer, through insurance and taxes, from the young and middle-aged to the elderly.” This obviously has to stop.

There are several steps we could take immediately to correct this. For starters, we could have our surgeons and emergency-room staff spend less time on sick people and devote more of their time and effort to people who are healthy. They’re much cheaper to care for. Tell the oncologists to stop wasting their time on cancer patients. They’re way too expensive.

The discussion calls to mind the old Tom Lehrer joke about the fellow who went to medical school and specialized in diseases of the rich. A rational analysis of our current spending patterns could take us one step further: Have the doctors specialize in diseases of the healthy. Besides the monetary savings, they’d lose fewer patients, which would be good for morale.

As for all those old people, they’re an easy fix. Cut them loose. They’ve outlived their usefulness. It’s unfair to make the young care for their elders. Hey, what did their elders ever do for them? And don’t we all have enough issues with our parents, without having to spend good money on them?

Seriously, though, we face a horrid, wrenching dilemma. Our so-called irrational mind tells us we should mobilize the miracles of modern medical science to prevent disease where we can, and to cure the sick and wounded when we must. But our rational mind tells us we can’t afford to. We need to cut spending, not increase it. What can we possibly do to resolve the unresolvable?

As we all know, and as Bernie Sanders regularly reminds us, we are the only developed nation in the world that doesn’t guarantee health care to all as a right. Paradoxically (paradoxical, that is, if you follow the conventional political logic), we spend a greater percentage of our national income on health care than any other member-nation in the OECD or Organization for Economic Cooperation and Development, the club of developed nations. In fact, we spend nearly double the OECD average — 16.4% of our GDP in 2013, compared to the average among OECD nations of 8.9%. Our nearest competitor, Switzerland, Europe’s most wanton health spender by a mile, spent just over two-thirds of what we shell out as a percentage of GDP. That is, per capita outlay.

And what do we get for our profligacy? Surprise: an average life expectancy that puts us 10th from the bottom among OECD nations, and an infant mortality rate that’s seventh from the bottom. And the U.S.-OECD gap is widening. In hard numbers, our market-based, “rational” healthcare delivery system is literally killing us.

How can we spend so much and get such bad results? The reasons are numerous and complicated (nobody knew how complicated!), but one of the biggest is this: People whose health care is paid for are more likely to go to the doctor when they get sick. Those who lack coverage will wait until the problem becomes a crisis, and then go the Emergency Room, which is (usually) required to cover them and, when they can’t pay the fees, passes the cost along to the public. By waiting until there’s a crisis, the treatment becomes more difficult, the cost much higher and the odds of cure lower than they would have been had the patient sought care straightaway. And that doesn’t factor in the role of universal coverage in allowing providers to reach hard-pressed populations with better health practices, reducing the overall need for medical intervention.

This stuff isn’t brain surgery. Well, some of it is. But when you separate compassion and reason, make saving money the rational goal and saving lives an irrational goal, you distort the actual value of the rational analysis. It makes you twist the facts to fit what you think you know, or to preserve your self-image as a rational, market-savvy thinker. For example, it makes you say things like this:

“Still, there’s no moral high ground. Some Democrats have wrongly accused Obamacare opponents of murder. This is over-the-top rhetoric that discourages honest debate. It’s also inconsistent with research. Kaiser reviewed 108 studies of the ACA’s impact and found that, though beneficiaries used more health care, the ‘effects on health outcomes’ are unclear.”

It would be nice if we could maintain civility and avoid hyperbolic words like “murder.” Unfortunately, we have too many facts available to politely dodge the unpleasant. A 2009 study out of Harvard Medical School found that uninsured working Americans had a 40% higher likelihood of death in any given year than their insured counterparts. That came out to about 45,000 unnecessary, avoidable deaths per year, attributable at least partly to lack of health coverage. It could be that the charge should be lower than murder. Some class of negligent homicide, perhaps? But the jails aren’t big enough. Alas.

The Harvard report notes that an earlier study in 2002 by the Institute of Medicine, a federal agency, found just 18,000 deaths per year resulting from lack of insurance. Does that make us feel better? What number sounds right to you?

As for the Kaiser study of Obamacare that Samuelson cites, with its finding that “the effects on ‘health outcomes’ are unclear,” that’s an odd reading of Kaiser’s work. The report, a review of 108 separate studies of Obamacare’s impact, says something more like the opposite. Specifically, “multiple studies” found improvements in “self-reported health,” while two analyses “did not find significant changes.” Kaiser cautions, however, that “it may take additional time for measureable changes in health outcomes to occur.” That’s because the impact of wider coverage includes earlier detection and better health habits whose impact could be years away. Kaiser says “further research is needed to provide longer-term insight into expansion’s effect on health outcomes.” You could call that “unclear.” Just make sure to note that what’s unclear is how far the improvement will reach.

Some background is in order. Samuelson is probably the most distinguished name in American economics. Nobel laureate Paul Samuelson (1915-2009), the first American to win the Nobel for economics, is often called the most influential American economist of the 2nd half of the 20th century, the man who systematized economics as a math-based science. His “Economics,” annually updated, has been the standard introductory college text since 1948. His younger brother Robert Summers (he changed his name) was a renowned economist at the University of Pennsylvania. Robert’s wife Anita Arrow Summers is an emerita public policy and management educator at the University of Pennsylvania and the Federal Reserve. Their son Lawrence Summers has been secretary of Treasury and president of Harvard. Anita’s brother Kenneth Arrow was a Nobel laureate economist at Princeton.

Robert Samuelson isn’t related to those Samuelsons. Being a lifelong economics journalist, that has to sting just a bit. So let’s cut him some slack. But only some. The stakes are too high right now.