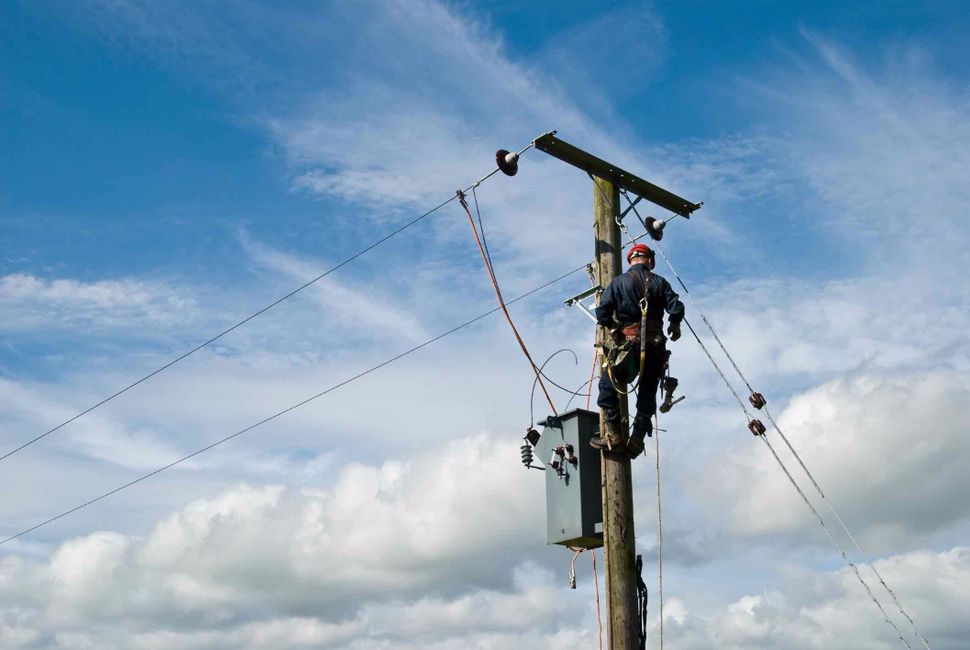 A debate over some string and plastic strips has laid bare festering anti-Semitism in Mahwah, New Jersey. A recent controversy over an eruv was compounded when Mahwah’s mayor responded to his constituents’ invocations of ancient anti-Semitic tropes like the dirty Jew. The mayor backtracked on the township’s commitment to allow the Jewish community to build the eruv. This controversy comes at an already troubling moment as religious bias in the United States increases, placing various minority faith communities—most notably Jews and Muslims—in its crosshairs. It is precisely at this moment where we need to flip the script, seizing these opportunities to educate and not simply capitulate to the worst in people.

Local resistance to eruv building has, unfortunately, been an ongoing battle for Orthodox Jewish communities in the United States. The need for an eruv stems from Jewish observance of the Sabbath, during which carrying items such as keys and strollers from one property to another is prohibited. Using thin string and small plastic strips on utility poles, Orthodox Jews create an eruv, or a boundary that figuratively merges the whole community into one property. The eruv functions as a legal workaround, allowing communities to turn a neighborhood into one property so that Orthodox Jews can follow their interpretation of religious law and still go about their lives on their day of rest.

While some municipalities have been incredibly hospitable to this unintrusive smattering of strings and plastic, court dockets are unfortunately littered with towns and villages that have sought to bar these religious fixes that improve the lives of Orthodox Jews within their borders. For example, in 2000, the borough of Tenafly filed suit against an eruv, arguing that a local ordinance prohibiting people from placing signs on poles applied to the plastic strips necessary to create the eruv. And in 2012, Westhampton Beach contested an eruv on the grounds that using government property to place the strings and plastic constituted a violation of the time-honored constitutional principle requiring separation of church and state.

These arguments have not worked. In every case, those supporting the eruv have won. In Tenafly, the court ultimately found that the borough had allowed plenty of signs on utility poles, taking issue only in the eruv case; such selective enforcement against a religious group constituted religious discrimination in violation of the First Amendment, the court argued. In Westhampton Beach, the court rejected the idea that a barely perceivable admixture of string and plastic, lacking any “overtly religious features,” would lead the observers to infer that the state had pursued some sort of religious agenda—and thereby impermissibly merged church and state.

Given the unambiguous legal standards at play, it is surprising that Mahwah has refused to comply with its legal obligations. It didn’t start out that way, actually. “Advice by our attorney is that we cannot do anything about the installation of these plastic pipes on these utility poles establishing a [sic] eruv,” the mayor Mahwah originally stated. While not much of a wholehearted embrace of religious freedom, the reaction at least conveyed a fidelity to the laws of the the United States.

But a letter sent two days later from the department of land use and property maintenance demonstrated an about face in policy. Now, like Tenafly before, Mahwah has invoked a local rule that prohibits signs on utility poles. Not surprisingly, the mayor has already received evidence from the Jewish community (via their attorneys) that this rule has not been enforced in other situations. That the mayor knows this and proceeded anyway to pursue taking down the eruv indicates that this selective enforcement is not quite about keeping poles clean—and more about keeping an eruv out of Mahwah. Hiding behind local ordinances, invariably selectively enforced, hasn’t worked before and is extraordinarily unlikely to work this time.

So what changed the mayor’s mind? The answer is the most disturbing feature of this case: A public petition from the people of Mahwah with a couple of hundred signatures reached his desk, and it included statements such as “Get those scum out of here,” “We’ll be known as a dirty town if they move in,” “I don’t want these rude, nasty, dirty people who think they can do what they want in our nice town” and “I don’t want my town to be gross and infested with these nasty people.”

Faced with this kind of blatantly anti-Semitic rhetoric, the mayor folded, seeking refuge in a local ordinance that is only being enforced against the Jews supporting the eruv. In the end, the mayor chose to appease the discriminatory masses, sacrificing the demands of the First Amendment on the altar of political expediency.

This is politics at its worst, capitulating to base religious discrimination, instead of using the opportunity to foster understanding of those who come from a different background and are of a different faith. And it comes at a moment in our nation’s history where we need our politicians to do better. In the past few years, the United States has seen a spike in hate crimes against minority faith communities as well as the increased use of zoning laws to keep religious communities out of distrustful municipalities. But whether it is zoning ordinance deployed against a mosque or a sign ordinance against an eruv, we need our politicians to provide leadership and cultivate more understanding of those who maintain alternative beliefs and identities.

Mahwah, in this way, may very well become a barometer for where we are as a nation. In the coming weeks, the mayor of Mahwah—like many politicians—will have a decision to make. Here’s to hoping he finds the courage to uphold our constitutional commitments and does not capitulate to the very worst of our natures.