This Day in 1492, Spanish Jews Were Expelled — and Columbus Set Sail 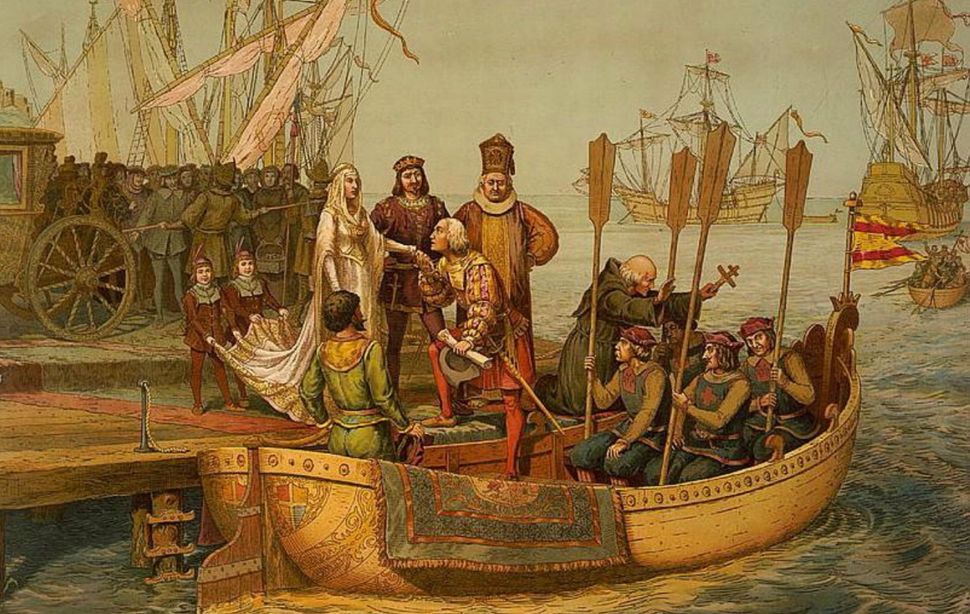 This date — August 1 on the Gregorian calendar, coinciding with the 9th day of Av 5777 on the Hebrew calendar — marks a very significant juncture in Jewish and world history. It was on this day in 1492 that Jews were expelled from Spain, bringing a dramatic and brutal end to what had once been a golden age, the freest, most successful chapter in diaspora Jewish history to that point.

The 9th of Av fell a day later that year; beginning only on the evening of August 1 and continuing August 2. Still, the juxtaposition was close enough — eerily so — that the day’s catastrophic event was understood then and since as one of the historic Jewish calamities memorialized by the fast day of the 9th of Av, Tisha B’Av in Hebrew.

But, unforeseen at the time, that same week gave Jews a blessing, too. It was just two days after the Spanish expulsion, on August 3, that Christopher Columbus left on his first journey to the Americas, setting sail from the port of Cadiz, where thousands of Jews had been crowding the docks two days earlier, desperately seeking passage to Tangier.

Think about it: Just as one chapter in Jewish history was closing, Columbus’s journey was setting the stage for a new era. It opened what would be a new chapter in diaspora Jewish history, the American chapter, that has surpassed even the Golden Age of Spanish exile in its freedom and success.

We might even say that while the calamity of August 1 in 1492 raised the curtain on that year’s Tisha B’Av, the saddest day on the Jewish calendar, the explorer’s sailing on August 3 ushered in the next Jewish holiday on the calendar, the festival of love and joy, Tu b’Av, six days later on the 15th of Av. Though it’s nearly forgotten today, the rabbis of the Talmud called Tu B’Av one of the two happiest days in the Jewish year. (The other was Yom Kippur, the day of forgiveness.)

With all the symbolism that this day carries, it behooves us to remember as well that what raised the curtain on a long Tu B’Av for the Jewish people, the journey of Columbus, also ushered in a long Tisha B’Av for the native peoples of North America. Great joy tempered by great sadness as one people’s liberation proved to be another people’s tragedy.

Now class, can we think of another chapter in Jewish history that contains that bittersweet mixture?

This Day in 1492, Spanish Jews Were Expelled — and Columbus Set Sail