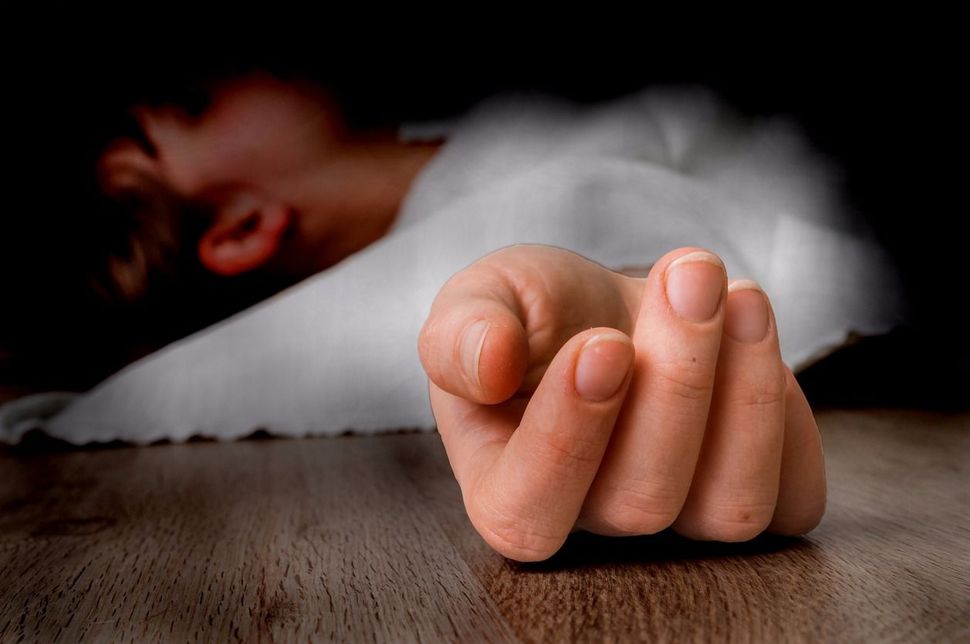 Earlier this month, the 5 Towns Jewish Times published a shocking statistic: Since October 2016, over 100 young people from New York’s Orthodox community had died from drug overdoses. One 10-day span saw five deaths. “It is a scourge that is inflicting our community in a most shocking and unexpected way,” the author of the piece concluded.

Actually, the numbers are even worse than that. Rabbi Zvi Gluck is the director of an organization called Amudim that helps young people who get involved with drugs. Gluck told me that these numbers don’t even include older Jews, whose families are withholding the cause of their relative’s death from the wider community.

“We did not see this 10 years ago,” Gluck told me. “We’re seeing a huge increase of people reaching out for help, even though there is a stigma.”

Though the numbers of opioid addiction and overdose are not as high in the Jewish community as they are in the general population, we are experiencing our own epidemic. Article after article has come out in past months, detailing Jewish communities struggling to deal with the opioid crisis.

Most recently, we read about the tragic death of Malky Klein, only 20 years old when she overdosed on heroin a few weeks ago.

Speaking about Klein, New York State Civil Court Judge Ruchie Freier, who is Orthodox, took the opportunity to lambaste the Orthodox community for rejecting students who were struggling. “Each of us needs to reach out to help a child in need – a kid at risk,” she implored her community.

Freier was right to speak out about this — but despite her remarks and the news stories, many remain in denial about the strength of this epidemic. It’s time that we as Jews acknowledged that we have a problem, and start to address it.

The strongest evidence for a Jewish opioid epidemic comes in the guise of Hatzalah ambulances now carrying Narcan, a medication that treats narcotic overdoses. And it’s not only Hatzalah ambulances — Narcan is distributed to faith leaders, and to family and friends of those addicted, not to mention to the addicts themselves.

As part of New York State’s Opioid Overdose Prevention Program, Amudim has held events across the area, including one in Brooklyn attended by over 800 people. Present at these events are therapists discussing the clinical aspects of addiction, rabbis tackling the spiritual angle, and a representative from the medical community instructing attendees on how to administer CPR and Narcan. Those present are offered a kit.

Gluck and Amudim have distributed 500 Narcan kits in this way, with 300 more planned for the coming month. Rabbi Yaacov Berman of the drug prevention group Operation Survival ran his own event in Brooklyn, which was attended by over 650 members of his community.

Gluck works mostly within the Orthodox community in the tri-state area. But, as with the opioid epidemic facing the rest of the country, addiction doesn’t discriminate along denominational or socioeconomic lines.

Ohio is ground zero for the opioid crisis, and there are Jews of every denomination working at the center of the crisis in Ohio. Robert Nosanchuk is the senior rabbi of Anshe Chesed Fairmount Temple in Beechwood, a Reform synaogogue. Nosanchuk works personally with those affected by addiction. He also serves on various panels with other religious and communal leaders to tackle the problem, and comforts first responders who he says have been traumatized by the number and severity of overdose calls they’re receiving.

Another Jewish resident of the area, Aaron Marks, works as both an advocate for and a member of the addiction community, with 13 years of sobriety under his belt. Marks works with Nosanchuk on a multidisciplinary task force organized by the U.S. Attorney’s Office to come up with creative ways to improve education, prevention and awareness of the opioid crisis in the area.

Marks has his own ideas about how the epidemic started. “We’re a community that loves our doctors,” he told me. “That’s where the problem started. That’s the evolution of this problem – the overprescribing of these medications. Jewish people are not exempt from that.” It’s a point of view that’s been substantiated by others. In his book “Dreamland,” Sam Quinones exposed how, for many, opioid addiction started not in back alleys with hypodermic needles, but in pain clinics across the country.

But the prevalence of the problem has led to fatigue, and even denial. People even question investments in things like Narcan, Nosanchuk says. Despite being surrounded by overdose deaths, people aren’t ready to admit how deep-rooted the problem is. “Addiction is so shrouded in shame but [it] touches more families than we’re willing to admit,” Nosanchuk told me.

Rabbi Zachary Truboff of the Modern Orthodox Cedar Sinai in Cleveland has attended three funerals for congregants during his time. “The Jewish community in general and the Orthodox community in particular often have difficulty accepting that addiction is real,” he wrote in The Times of Israel,. “We like to think we are safe and that we are better in some way.”

This idea of communal denial was a theme echoed by Gluck, Nosanchuk and Marks — two Orthodox rabbis and a Reform rabbi — and by others.

It’s time we stopped denying that this crisis has come to us and start thinking of ways to address it.