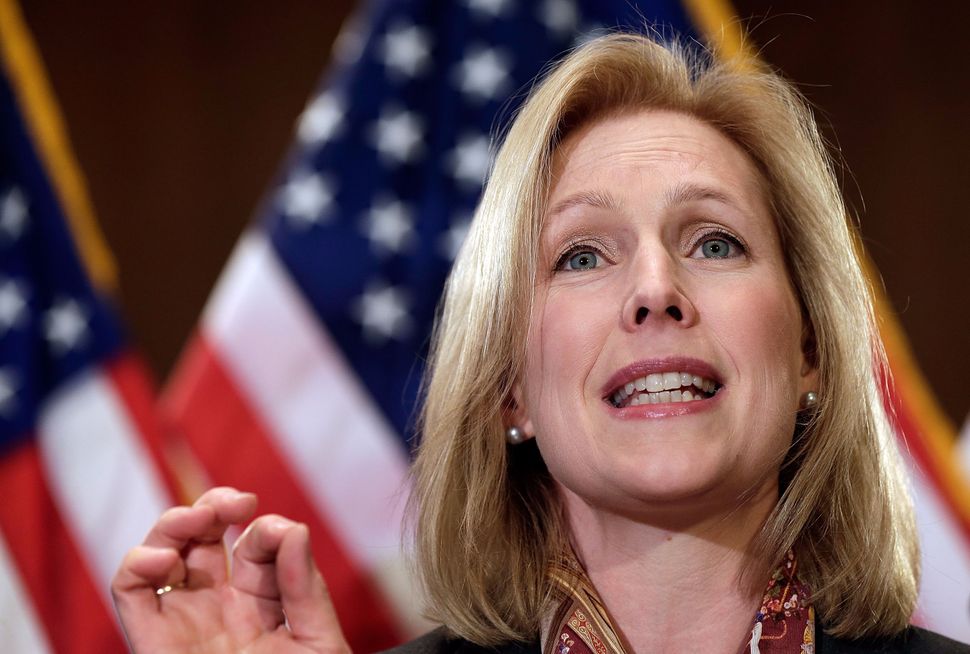 Over the past few weeks, a divisive debate has erupted that is pitting defenders of the First Amendment against supporters of Israel. This is a false choice, and many New Yorkers who care deeply about both Israel and free speech are finding themselves caught in the middle of an argument where people aren’t listening to one another. For example, recently I have been accused of trying to stifle people’s right to protest, of trying to delegitimize one of our most important allies, and of supporting a movement that is working to harm the State of Israel. These accusations are false, and I reject the notion that we must choose between equally supporting Israel and the First Amendment.

The debate is over a bill, called the Israel Anti-Boycott Act, which was written with the good intention of pushing back against the anti-Israel boycott, divestment and sanctions movement, better known as BDS. The bill takes an existing law that says Americans shouldn’t be able to side with foreign countries to undermine our allies, and expands it to include international organizations like the European Union and the United Nations.

I signed onto it because I have always supported Israel and opposed BDS. But when constitutional lawyers expressed alarm that the bill could have a chilling effect on the First Amendment, I took their concerns seriously. That is not how I interpreted the bill language, and I still don’t interpret it that way, but it’s clear to me that if reasonable people can come to diametrically different conclusions about what the bill does, then the bill as written is too ambiguous and needs to be written more clearly.

As I said publicly at a town hall, I cannot support the bill in its current form if it can be interpreted as stifling or chilling free speech. I would never put my name on legislation that would do that. So I took my name off the bill – until it is rewritten so the text is clear that it won’t violate our right to free speech. That doesn’t mean my positions on Israel or BDS have changed. To the contrary: they haven’t budged an inch.

So let’s clear some things up:

First, some have suggested that I want to delegitimize Israel because I took my name off the bill. That is not true. My record makes it clear that I am one of the strongest and most consistent supporters of Israel in the Senate. Israel is one of the most vibrant democracies in the world. In my visits to Israel, I traveled to Sderot, a town where Israelis fear that rockets from Gaza could hit their homes – or worse, the local kindergarten, where they set up beds in a local bunker in case of rocket fire during nap time. I visited an Iron Dome battery, which the United States and Israel are building together to protect Israelis from these very rockets. Every year, I lead the effort to make sure joint U.S.-Israeli missile defense programs – Iron Dome, David’s Sling, and the Arrow Programs – are fully funded in the federal budget, so that Israel’s government can better protect its citizens from threats near and far.

I have voted for round after round of sanctions against Iran to address its nuclear program and its efforts to harm Israel, support terrorist groups like Hezbollah and Hamas, and wreak havoc across the Middle East. I have spoken out repeatedly against the well-documented anti-Israel bias at the UN, which the Palestinian Authority has used to circumvent negotiations with Israel, and last year I led a bipartisan letter joined by 87 of my colleagues opposing any one-sided efforts to pressure Israel at the UN. I continue to believe that Israel will be best served by a two-state solution reached through direct negotiations with the Palestinians.

Second, some have suggested that I suddenly began supporting the BDS movement when I took my name off the bill. This accusation has popped up on the Internet in recent days – both from Israel’s supporters and from Israel’s detractors. This is just plain false. I cannot state this more clearly: I vehemently oppose the BDS movement, which too often is used as a pernicious vehicle for anti-Semitism; I would never support it, and I signed on to the Israel Anti-Boycott Act in order to push back against this effort to make Israel – and Israel alone – a pariah.

It is incumbent upon all of us to call out anti-Semitism and push back against this form of bigotry wherever it exists, whether it’s coming from pockets of the BDS movement or from the so-called “Alt Right.” Too many have used the BDS movement to veil anti-Semitic attacks that make students feel threatened on college campuses and attempt to delegitimize our ally, and I understand why this history has shaped many people’s views of the BDS movement. And in the past year alone, there have been a growing number of open, explicit acts of anti-Semitism across the United States – including in New York. I introduced a bipartisan bill to give more power to the State Department’s anti-Semitism envoy, and I also hosted an event to educate Congress about anti-Semitism on college campuses. Anti-Semitism is real, and we shouldn’t pretend otherwise.

Finally, my position on the First Amendment has never changed, and never will: it is sacred. If someone wants to protest Israel, that is their right – just as it’s their right to protest any other country in the world, or the United States, or our President, or me. But don’t twist my words. When I am defending my constituents’ right to protest Israel, it doesn’t mean I agree with what they’re saying. My record of support for Israel should make that clear. In nearly every speech I give as a Senator, I encourage New Yorkers to raise their voices and speak out about the issues that matter to them. But I never dictate to them what those issues must be.

We should never have to choose between supporting Israel and supporting the First Amendment. The oath I swore as a senator was to “support and defend the Constitution.” That means defending free speech, including protests I really don’t like. But it also means keeping our country safe – and an important part of that is protecting our alliance with Israel. I am proud to defend the First Amendment and support Israel, and I urge all New Yorkers to join me in fighting for both.

Kirsten Gillibrand is a Democratic senator from New York.