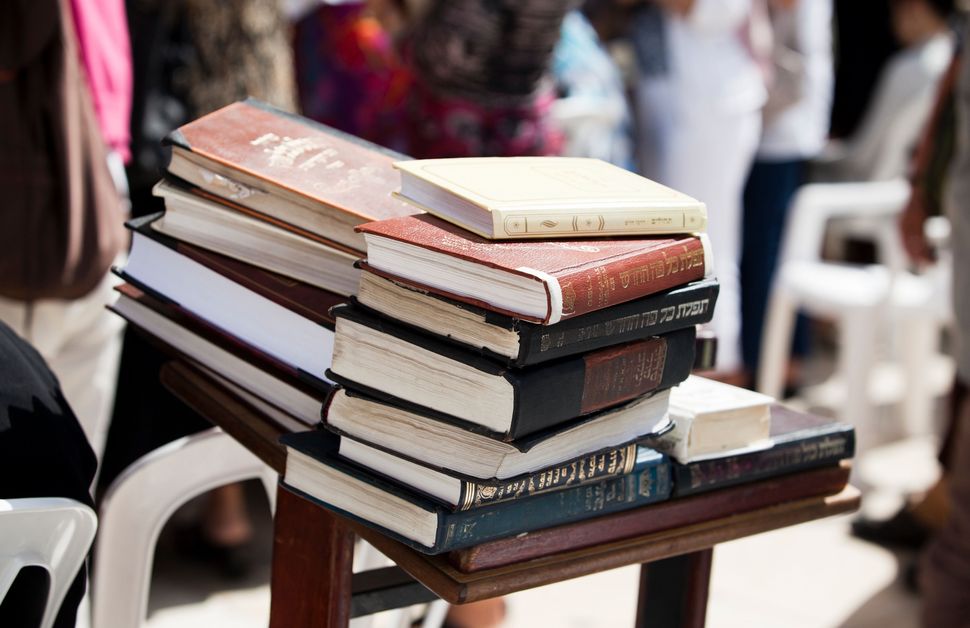 There’s a new move floating around discussions of Jews and Israel that’s as effective as it is pernicious. You’ll recognize it immediately, as it has become all too pervasive in the blood sport we call public discourse. It consists of posing questions like “Is the Jewish State truly committed to Jewish values?” “Do Jewish values really mean anything to American Jews?” “Does J-Street have any idea of what Jewish values even are?”

The goal of these questions is to accuse one’s opponent of infidelity to, ignorance of or conflict with Jewish values. It is an insidious move because it insinuates that whoever falls foul of the Jewish values test is not a good Jew or perhaps not really a Jew at all.

No one knew this better than Sir Isaiah Berlin, a very good Jew and a very good Philosopher. Though he’s seldom discussed in today’s public space, his teachings can save us from the destructive nature of the “Jewish values” purity test.

The Oxford philosopher never took much of an interest in Jewish texts; he once famously questioned the relevance of the Talmudic “bull that gored the cow” to, well, anything at all. But he did provide us with some of the most important insights into human values – insights our current discourse is acutely in need of. In The Crooked Timber of Humanity, Berlin makes the argument that the values espoused and cherished by humanity are many and variegated, “a vast variety […] seldom predictable and at times incompatible.” Values like justice, freedom, truth, beauty, and peace are all dear to the human heart, and yet they also come into conflict with each other. As Kant might say, the timber from which humanity is made is too crooked to make anything completely straight, and our values are liable to clash in their application.

And there’s the rub – liberty, equality, fraternity are each are fine and dandy, but you can’t have them all, at least not without one compromising the other. Complete freedom for all means injustice to some. Equality for all means some will pay with their liberty. “No Justice – No Peace!” boom today’s radical protestors. The slogan captures the Berlinian understanding that peace can encroach upon justice and justice can disrupt peace.

Much of Berlin’s work is dedicated to denouncing “utopian ideologies,” that is, those ideologies that claim they have found the algorithm for combining and harmonizing all human values in a way that avoids the painful trade-off between them. Berlin believed this to be a most dangerous illusion, one which has led to intolerance, persecution and violence.

And it is this same danger that is present in the presumption that one has found the one unique and authentic yardstick of Jewish values with which to measure one’s ideological rivals. Doing so makes the false and perilous assumption that there is one narrow and ideologically consistent set of values that is alone authentic to the Jewish tradition.

It is a short and toxic step from excluding genuine Jewish values from Judaism to excluding genuine Jewish persons from Am Israel. We have always had among us individuals who have no greater joy than cutting up the Jewish tribe into ever smaller and more ideologically or religiously pure clans, conveniently making themselves ever bigger fish in ever smaller ponds. Isaiah Berlin’s masterful surveys of the history of modern ideas shows what shockingly bad company these clan chieftains are in.

The alternative to the purity test is not to embrace all Jewish values equally, nor to agree equally with all Jews (a feat that would require a most acute from of schizophrenia). It is rather to continue prioritizing values and disagreeing with those who prioritize differently, while at the same time recognizing that they are no less rightful citizens of the Jewish civilization than the values we embrace and the people with whom we agree.

This attitude of value pluralism was at the very heart of Isaiah Berlin’s mission as one of the 20th century’s greatest prophets of tolerance and liberalism. This fall will mark 20 years since Isaiah Berlin’s death. We could use him now more than ever.

Shimon Mercer-Wood, is the Spokesperson of the Consulate General of Israel in New York. He recently completed a Master’s Degree in Philosophy from the Hebrew University of Jerusalem.