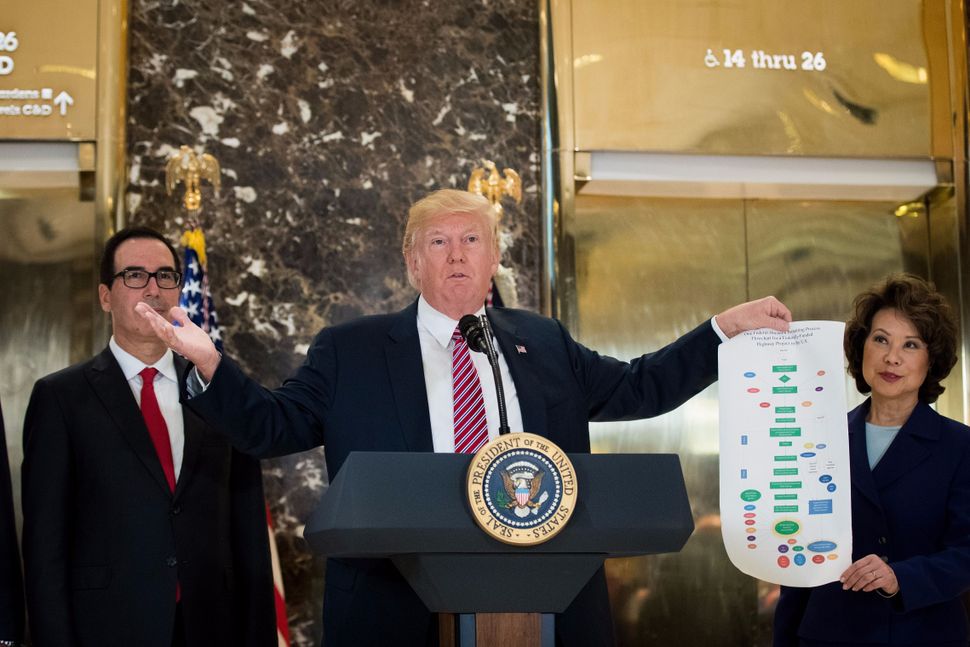 America was shamed on Tuesday as we have never been shamed before. We were debased as a nation by the words of a president who stood before the world and defended the honor of Nazis. He reduced himself in an instant from alarming buffoon to dangerous villain. We who elected him stand disgraced, humiliated.

But in fact our shame doesn’t matter. Our feelings, our sense of honor as citizens and as a nation are a matter of emotional satisfaction, but they’re not a matter of urgent, worldwide concern. Not when we face a global crisis of our own making, the unveiling before the world’s eyes of the hollow moral core at the center of the man we have installed as the most powerful man on earth.

Last week we could explain away Donald Trump’s gaffes as misunderstandings, ignorance, clumsiness. No longer. Now we know for a certainty, from the mouth of the president himself at a moment of unbridled candor, that he is unable to tell right from wrong. To distinguish Nazis and Klansmen from their opponents. To understand the moral chasm dividing George Washington and Thomas Jefferson, authors of this nation and its evolving freedoms, from Robert E. Lee and Stonewall Jackson, traitors who tried to destroy this nation in order to maintain the enslavement of millions. To understand that a mob marching under a forest of Nazi and Confederate flags, chanting “blood and soil” and “Jews will not replace us,” is not a mixture of “very bad” and “very fine” people.

Let’s approach this moment with utmost caution. Let’s give Trump credit and assume, based on lack of evidence and the testimony of his intimates, that he doesn’t personally favor the Nazis’ genocide or the Klan’s racist terrorism, despite his defense of those movements. It could be that we’re witnessing something more innocent: not an inner core of evil incarnate, but simply an empty void where there should be a conscience.

This sudden peek at Trump’s innards points us toward some further inquiries into his state of mind. When he points to the press gallery at the rear of a rally and calls the journalists evil, does he not realize he may be inciting violence, or does he not care? When he unthinkingly threatens to rain down fire and fury on North Korea, does he not understand that he is risking the lives of 25 million Seoul residents within Pyongyang’s artillery range, or does he not care?

However we choose to explain Tuesday’s display of presidential depravity, one conclusion should be obvious: Such a man cannot be permitted to lead the most powerful nation on earth, to command the forces and levers that determine the fates of nations. This is a moment of crisis.

Removing a president is not a simple process. There’s no clear path to removing a president when he hasn’t committed a clear-cut crime, but merely revealed himself to be a stain on the office and a danger to international stability. Is it a high crime or misdemeanor to defend the Nazis and the Ku Klux Klan? Does clear demonstration of moral depravity constitute breach of trust?

There are those who want the Republican Party to condemn and repudiate the president’s words. That will not do. A month ago, a repudiation might have done. What’s needed now, urgently, desperately, is a national consensus that a way must be found for the man to be removed. This cannot stand — not because his words are offensive, but because his moral blindness is a threat to to world peace, to the welfare of humankind.

It’s important that moderates, liberals and progressives not take this opportunity to congratulate themselves for moral superiority. They have their own lessons to learn from this moment. For one thing, there is a tendency that we all share to look for the initiators of violence in a confrontation like the one in Charlottesville, so as to avoid the harder task of declaring one side indefensible by its nature. For another, there is our habit, in our exaggerated zeal for righteousness, of condemning past heroes for failing to rise above the failings of their era. Were Thomas Jefferson and George Washington slaveholders? Yes — in an era when slaveholding was the norm. To dismiss their role in creating a republic that could go on to abolish slavery is to render ourselves incapable of understanding the past, and ultimately, the present.

To save the world from the dangers of rule by a conscienceless golem, we must find a way to act as a society to purge the stain. To recapture our own honor and dignity, we should begin to understand how we allowed this in the first place.