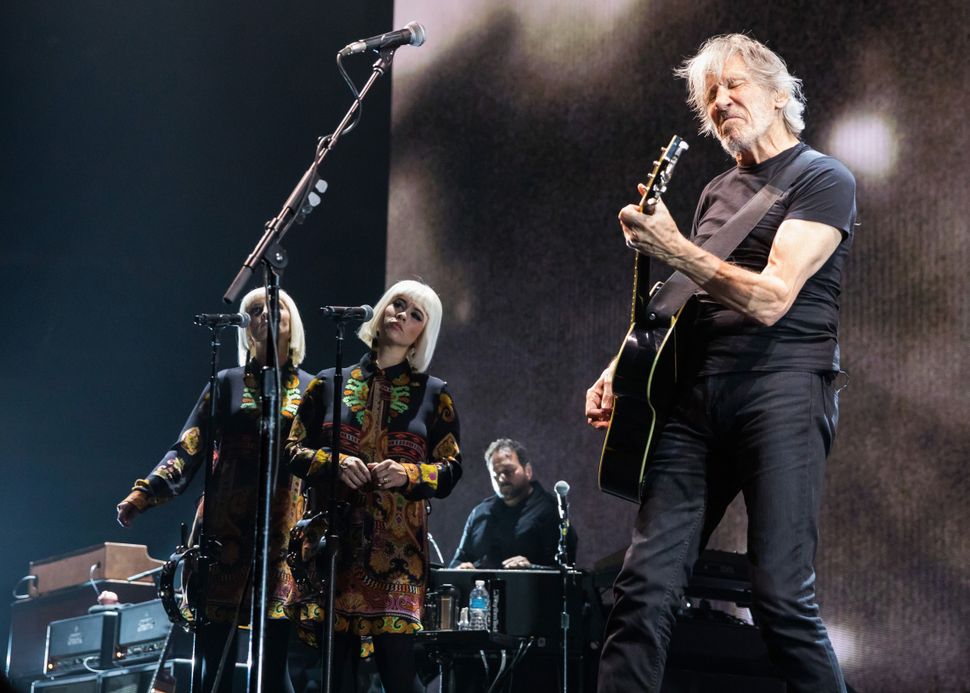 Much ink has been spilled over the past week about president Donald Trump’s failure to adequately condemn white nationalists in Charlottesville, VA, and rightfully so. As Stephen Colbert so eloquently put it, how could the president “shank a softball like that so hard?” The car ramming attack in Charlottesville was no less a terror attack than any “radical Islamic” attack the president would not have hesitated to forcefully condemn. Instead, in this case, he called out the violence on “both sides.”

So, let’s talk about the other side. I’m not quite sure who the President was referring to when he referred to the “other side” in his condemnation, seeing as only one side produced a murderer who drove a car into a crowd of innocent people and only one side instigated a riot by holding a rally for Nazis. But there actually is another side to the ugly face of racism in this country, and it’s that other side I want to address.

For left wing racists are no less anti-Semitic than the despicable individuals who marched in the August 12 rally. Those who couch or color their anti-Semitism are no less culpable than those who publicly express their racist views (as is their right), even if those on the left manage to successfully hide their racism behind the fig leaf of one form of progressive ideal or another.

Take for example the Chicago Dyke Walk, who famously expelled individuals from its march for waving gay flags emblazoned with a Jewish star, a star that was a universal symbol of Judaism long before the rise of modern Zionism. Many on the (extreme) left were either quick to defend the actions of the Chicago Slut March or, at the very least, tolerated it. While the question of which views are considered “legitimate” in a free society is beyond the scope of this article, the exclusion of individuals or groups based on their religious beliefs or nationality is textbook racism.

How are the acts of the Chicago Dyke Walk any different than the actions of the White Nationalists in Virginia? While the organizers Chicago Slut March did not use the imagery of the alt right marchers in Charlottesville, their actions were no less anti-Semitic.

At college campuses across America, ostensibly liberal groups are excluding Jewish students and Jewish students are increasingly feeling threatened. A recent study by Tel Aviv University researchers found that while violent attacks against Jews has dropped in the last ten years, college campuses in the U.S. have become a “hotbed of anti-Semitism.” Hiding behind the mantra of “anti-Zionism” while attempting to support their position by stating that they feel “unsafe,” these self-styled liberals are getting away with covert and even overt anti-Semitism and, unlike the racists in Charlottesville, their words and actions are becoming increasingly acceptable.

In America today, we’ve come full circle: The number one enemy of the Nazis is the same enemy as some of those standing on the opposite extreme of the political spectrum.

But left wing anti-Semitism is even more dangerous than its Nazi counterpart in some respects, for the simple fact that while Nazis are considered beyond the pale of what is accepted by civil society, left wing anti-Semitism is increasingly considered “legitimate” because it can hide behind widely accepted liberal ideas like anti-Zionism, for example.

According to Jewish law, for an animal to be kosher, it must have split hooves and chew its cud. The Midrash expounds on this and teaches that the pig symbolizes deceit because when it lies down and extends its feet it shows the passerby its split hooves as if to say, “I’m kosher,” when it is not because it does not chew its cud. Because Nazis and white supremacists are not ashamed to say they hate Jews (and black people and anyone else not deemed “white enough”), they at least do us the favor of letting us know they are the enemy. By contrast, the left-wing racists profess tolerance and acceptance and pay lip service to political correctness when in fact, they are no different than those who marched in Charlottesville.

While we should be careful not to quickly label those we disagree with as anti-Semitic, as a society, we must do a better job of rooting out racists who attempt to fool us with their otherwise progressive views. It is time we make it clear that all forms of anti-Semitism are unacceptable, instead of conveniently ignoring the anti-Semitism of those we may be otherwise closer aligned with ideologically. Anti-Semitism is anti-Semitism no matter what form it takes.

Benyamin Moalem is a former foreign law clerk to the deputy Chief Justice of the Supreme Court of Israel and a Chicago-based attorney.