Make No Mistake: Trump’s Afghanistan Speech Was About Charlottesville 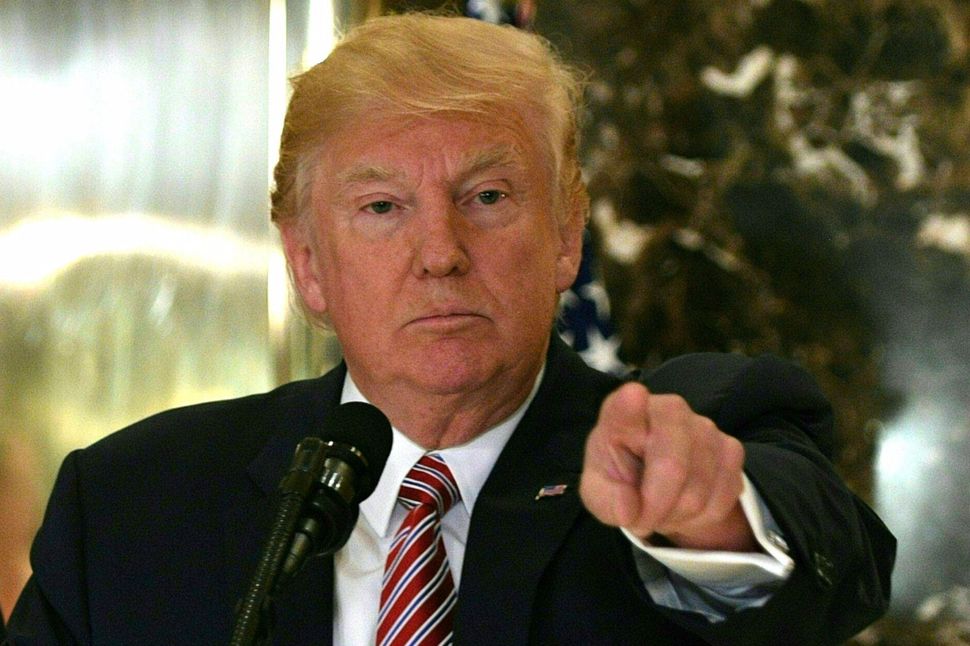 The majesty of the American presidency dictates that when a president addresses the nation, particularly on a matter as consequential as war, his words receive serious, respectful attention. Donald Trump received that and more when he delivered his prime-time August 21 speech on Afghanistan. It’s a tribute to the strength of our democratic institutions that tradition and decorum held firm despite everything we know about Afghanistan, and about Trump.

Major media coverage in the hours after the speech stuck overwhelmingly to substance. Commentators from CNN to The Washington Post to The Hill and The New York Times discussed the vision and strategy that Trump laid out and avoided snark.

On the other hand, the afterglow might have been dimmed a bit by the actual content of the coverage. There was no way to hide it: This wasn’t a good speech. It was supposed to roll out the long-awaited Trump strategy for turning the tide in that endless war, but there was no strategy. No specific plans. Nothing to suggest what this administration thinks it can do differently to turn the tide in this war after 16 years in which nothing has worked. What there was, mostly, was the usual Trumpian bluster about winning.

Well, that’s not entirely true. There were some specifics. There was a promise, made repeatedly, that America would win this war and defeat the terrorists. Also that our “patience is not unlimited,” and presumably we might go home without victory. But, again, we will win. And there was his decision to start a feud with Pakistan, demanding that it “demonstrate its commitment to civilization” — which is to say, stop flirting with barbarism — and promising to raise the regional profile of India, Pakistan’s arch-enemy. This appears to be the latest instance of Trump showing his fondness for playing chicken with nuclear-powered Third World countries in order to show his alpha-male dominance.

What wasn’t said, at least in the first rush of commentary, was the essential but unpleasant truth underlying this speech: It had little to do with Afghanistan and everything to do with Charlottesville. It was meant to show Trump being presidential, to give him a shot at reestablishing some credibility and legitimacy following his disastrous post-Charlottesville behavior. It was meant to change the disk, to reset the agenda. Bluntly put, it was meant to save Trump’s presidency.

How do we know that this speech was about Charlottesville and not Afghanistan? Well, leaving aside the fact that it had nothing useful to say about Afghanistan — nothing that justified preempting network programming during prime time — there is the timing. The speech was slapped together so hastily that Vice President Mike Pence was caught in the middle of a four-nation tour of Latin America and had to rush home, cutting his trip short, so he could participate in figuring out what could be said about Afghanistan. It was so impromptu that it was scheduled just one day before Trump was due to deliver another major speech, this one to a pep rally in Phoenix. Scheduling two major presidential speeches two days in a row can only hurt the audience for both. It would never be done unless there was an emergency. In this case, an emergency called Charlottesville.

Further pressure probably came from the president himself to schedule the speech for Monday night at 9:00 p.m. Eastern in order to run directly opposite CNN’s much-touted town hall with House Speaker Paul Ryan. It looks suspiciously like a childish effort to sabotage CNN’s ratings.

What’s saddest about this speech is that it won’t change the trajectory of the Trump presidency, not short-term post-Charlottesville and not in the long term. On the contrary, it provided a startling, deeply troubling reminder that everything about his presidency from here on out will be viewed through the prism of Charlottesville.

That is, we’ve seen in his real-time performance that he is quite literally incapable of carrying out the duties of president. We saw in living color, nationally televised, that he lacks judgment, historical perspective, a grounding in values and — most alarming — elementary impulse control. We saw that whatever clarity he does possess is overtaken at moments of challenge or stress by a narcissistic rage, a feral impulse to lash out without regard for consequences, truth or decency. We saw a president who, when pressed, doesn’t see what’s so bad about marching under a Nazi banner.

Many critics had detected pieces of this Trump id before Charlottesville, but after that incident the entire world saw it on open, ugly display. We can’t unsee it. That’s who this president is. Everything else is secondary.

Make No Mistake: Trump’s Afghanistan Speech Was About Charlottesville